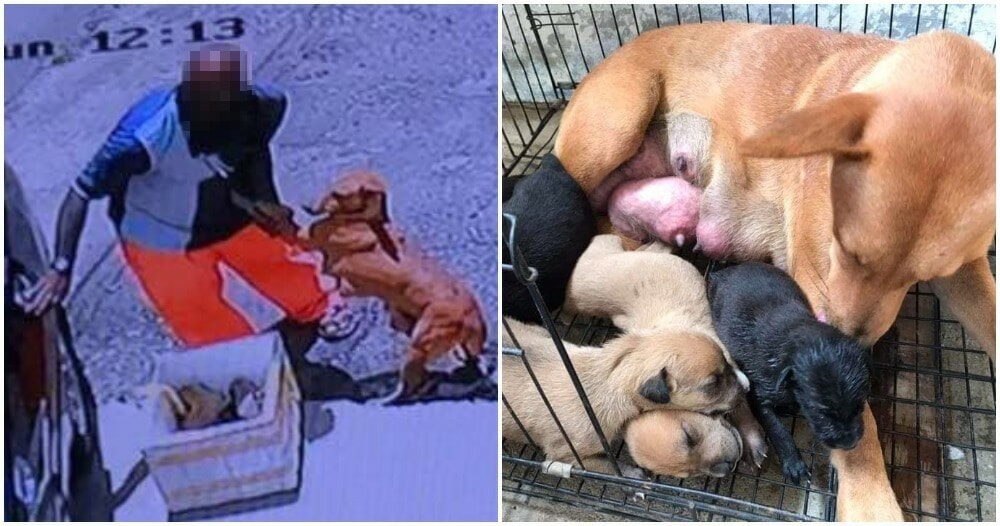 UPDATE: The man has since apologised to the shelter for not asking permission and has clarified that the dogs were strays. He couldn’t care for them as he had his own financial struggles as well. The mother dog was brought to the vet and she does not have breast cancer but the lumps on her nipples were due to accumulated breast milk, however, she does have pyometra.

Have you ever thought of how pets are only in a part of our lives but to our pets, we are their whole life?

It must have been especially painful for this cancer-stricken dog in Johor.

In a post by the Kluang Johor Stray Dog Home, they truly condemn an action by a man who abandoned his dogs in front of a volunteer’s house without seeking permission first. 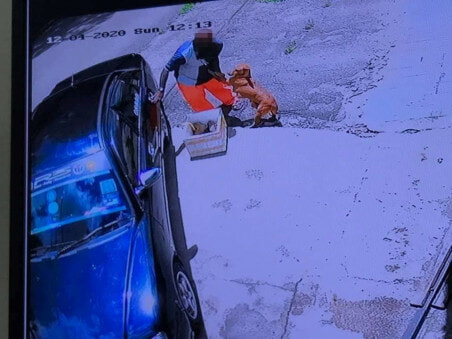 The CCTV recording at the volunteer’s house shows a man pulling up at their front door in a Proton Waja and he subsequently pulled out the mother dog and took out a box containing 5 newborn puppies (their eyes are still closed). After they were all out, the man looked like he was about to leave but the mother dog put its front paws onto the man’s thigh as if begging to not abandon them. The man then drove away leaving them.

This incident happened on the afternoon of 12th April and upon further inspection, they found out that the mother dog has breast cancer. The shelter also said that they are facing food shortage for the 1000+ animals that they are taking care of. They revealed that their donations have dropped drastically during the MCO period and this irresponsible act by the man has only added to their burden. 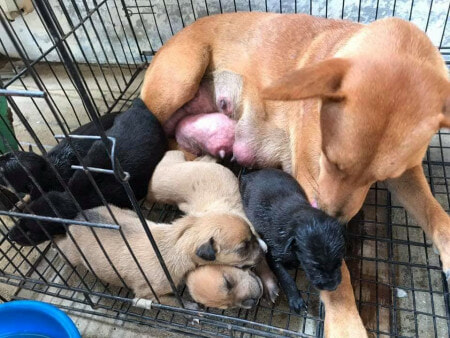 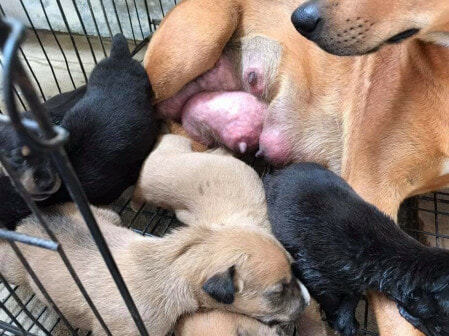 If you would like to help the shelter, here are the particulars.

Mr. Long of the shelter told WORLD OF BUZZ that he will be very thankful for all the contributions given, as a little bit goes a long way. 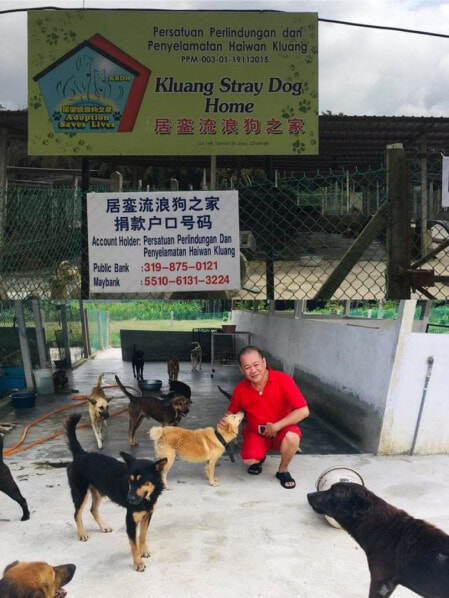 This is truly a very sad thing to hear and we hope that the mama will be able to recover so that she’ll live a happy and fulfilling life with people who care about her. 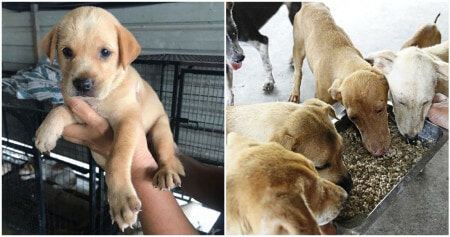