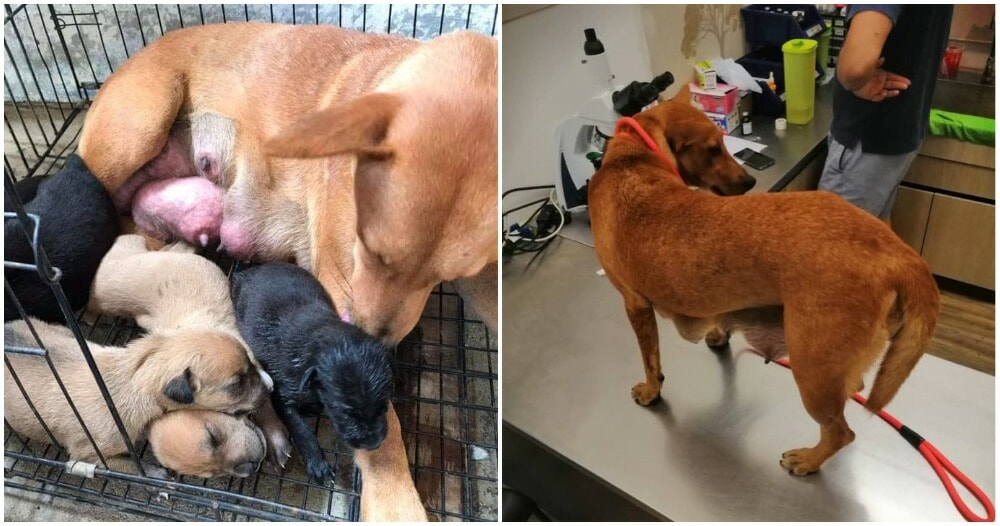 Yesterday (14th April), most of us were very sad for the mama dog in Johor who was left in front of an animal shelter. 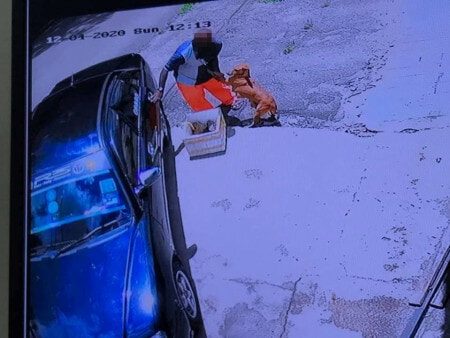 The Kluang Johor Stray Dog Home has been keeping constant contact with WORLD OF BUZZ and have updated us on the condition of the mama dog.

At first, the shelter suspected the mama dog of having breast cancer as her nipples had hard lumps. However, due to miscommunication and after further checks the doctors have confirmed that she is free of breast cancer but they found pus in her uterus (pyometra). According to MSPCA, pyometra is a life-threatening uterine infection that most typically affects older, intact (or unspayed), female dogs. 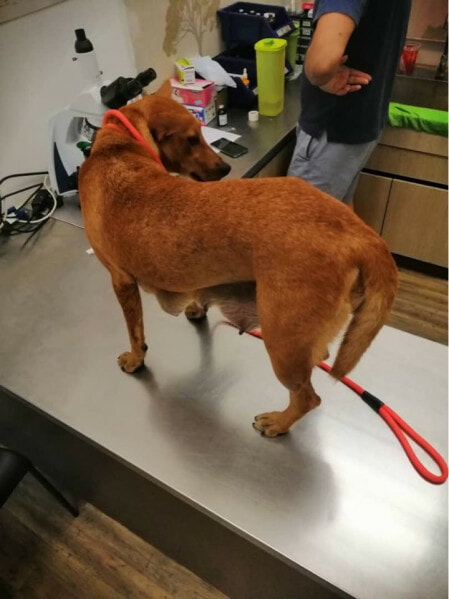 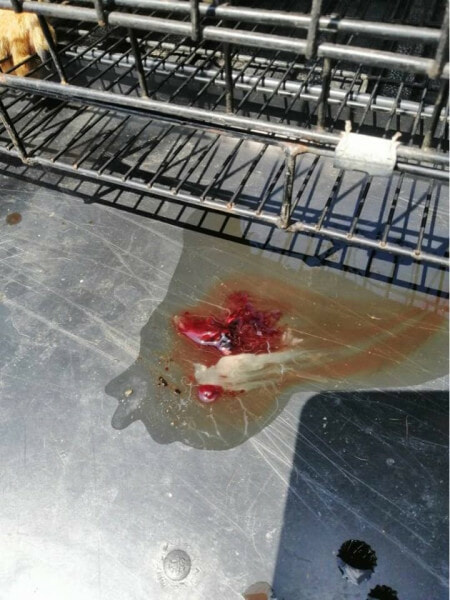 The female dog will undergo an operation after the puppies have stopped breastfeeding and will be spayed after that. As of now, the vet has prescribed some medicine for the mummy dog.

The shelter has also given us some unfortunate news and told us that two of the newborn puppies have passed away. 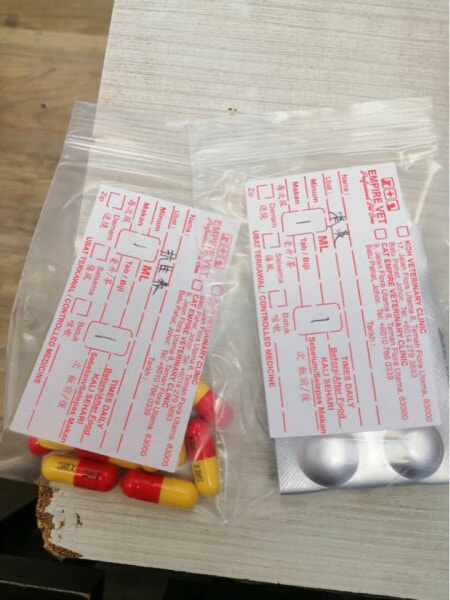 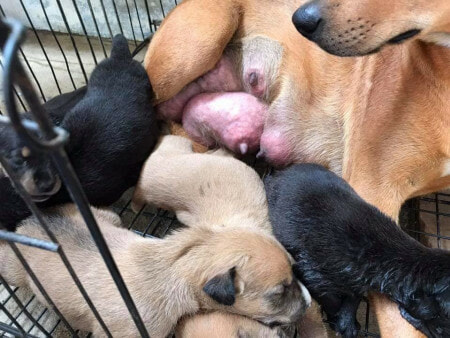 Regarding the man who abandoned the dogs, the shelter confirms that he did not ask for permission to drop off the dogs. However, he has since called the chairman of the shelter to explain that he felt very bad for the stray dogs and wanted to find them a home. The chairman has forgiven the man and said that the man deserves another chance as times are hard now and they are worried that the man’s livelihood will be affected.

They can’t deny that the man is good-hearted and really feels for the animals but the shelter is going through some financial difficulties, so they are stuck in a tough situation. 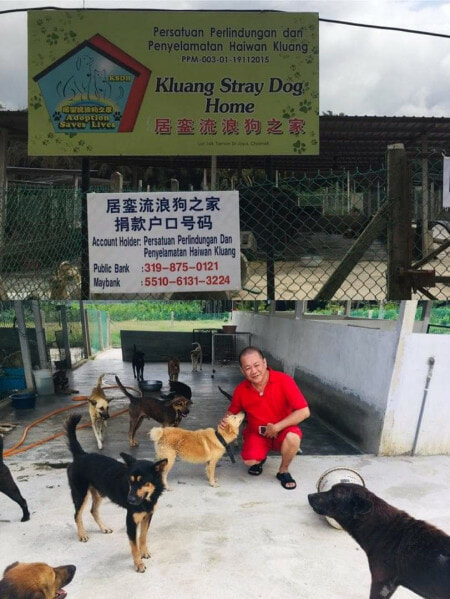 Nevertheless, this case has been solved and we hope that the mummy dog and its three puppies will get through this! We also wish to clarify that the man in question was only trying to being kind as he also had his own financial struggles. If you would like to help the shelter through these tough times, you can do so here. 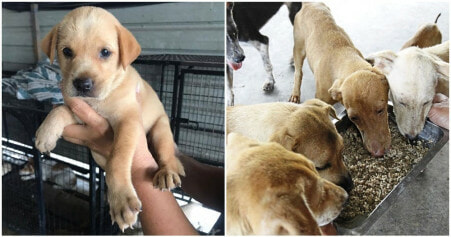