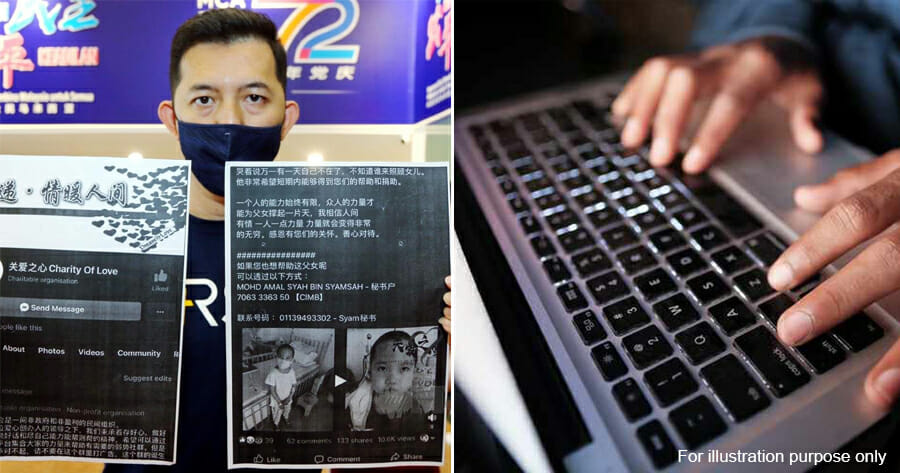 Scammers in Malaysia are now using charity videos to trick the public into transferring money to them.

According to the Executive Secretary of the MCA Crisis Relief Squad (CRSM), Xilas Ngang, the matter came to his attention when his party received a message from members of the public asking them about the authenticity of a video.

Xilas said that in 2017, a video was recorded about a six-year-old girl with blood cancer, asking the public for help. The video was then uploaded on CRSM’s YouTube account, reported Harian Metro.

“However, I was shocked when an individual contacted us asking about the authenticity of the video which was uploaded on a Facebook page called ‘Charity of Love’ since last week,” he said at a press conference which was also attended by MCA Public Complaints Bureau Chairman Datuk Seri Michael Chong.

“In the video, ‘Charity of Love’ asked the public to donate to two personal accounts belonging to local men, causing some individuals to doubt the authenticity of the video before contacting us.” 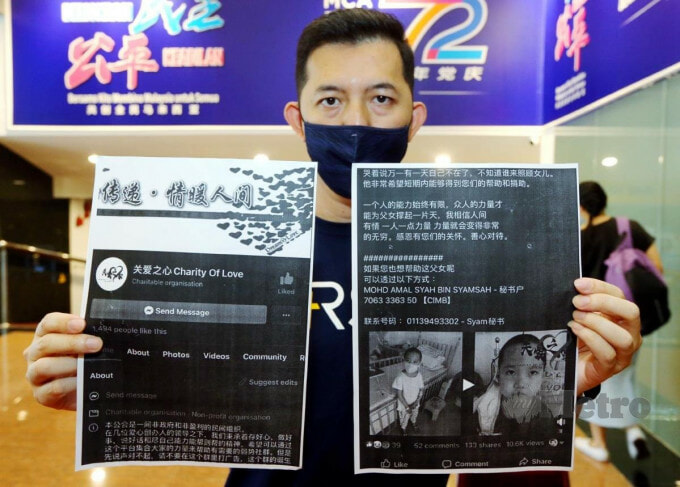 He added that as soon as he found out about the issue, his party contacted the girl’s family members and asked if they had asked anyone else to help them get donations from the public.

However, the family said that they have not asked for any donations through any party because the child had already recovered from the disease and is currently in China.

“The explanation given by the family members made us feel that the video was being manipulated by a fraud syndicate who wanted to profit from public donations for non-existent things,” he said.

“A check also found that the association’s Facebook account, which was established three months ago, had removed the video that had been viewed more than 10,000 times.”

Xilas added that a police report has been lodged at the Dang Wangi Police Station on 4 June regarding the matter. 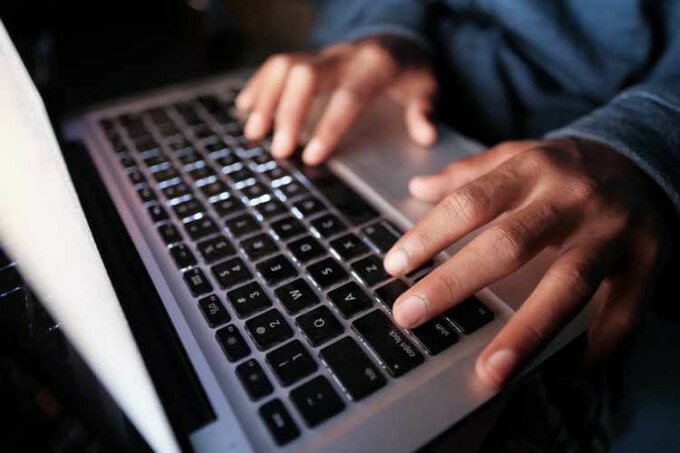 Meanwhile, Michael Chong urged the public to verify the authenticity of anyone asking for donations on social media.

“We know that Malaysians are known for their concern in giving donations to the needy and there are those who take advantage of that,” he said.

“Therefore, I advise the public to check first whether the individual who wants to be helped really exists.”

“At the same time, if an association asks for donations to help other individuals, make sure the bank account used to channel the donations belongs to the association itself and not a personal account.”

Also read: M’sian Loses Over RM255K After Being Tricked Into Making 52 Transfers To 8 Accounts 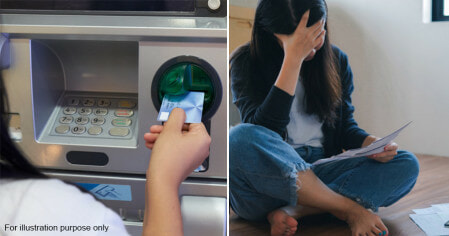