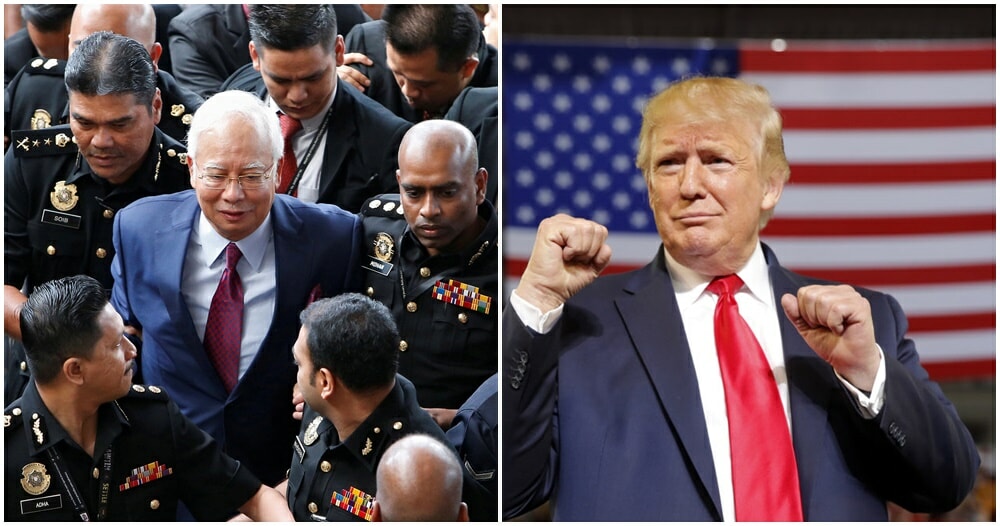 DISCLAIMER: This article is a media statement shared by Dr Ong Kian Ming, Member of Parliament for Bangi and Assistant Political Education Director for the Democratic Action Party (DAP) on 20 January 2021. This piece reflects the MP’s opinion. It does not reflect the opinions or beliefs of the writer or WORLD OF BUZZ.

Why do we need to move away from Trump and Najib? 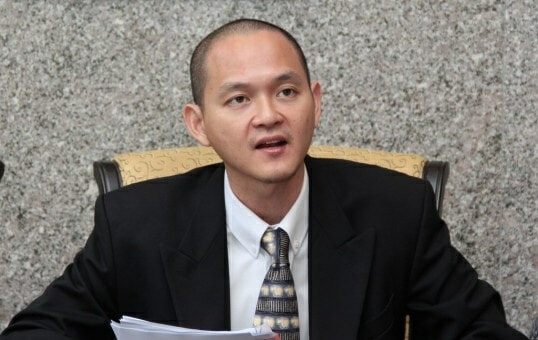 The 20th of January 2021 will mark the end of the tumultuous four-year Trump presidency. The 9th of May 2018 marked the end of Najib’s kleptocratic prime ministership. The Republican Party and its leadership will not find it easy to move away from Trump and his legacy, just as UMNO and its leadership has not found it easy to move away from Najib and his 1MDB baggage. But for the sake of the party and country, the Republicans must leave the legacy of Trump behind. And for the sake of Malaysia, UMNO and its leaders must move away from Najib and his ignominious 1MDB legacy that current and future generations of Malaysians will continue to pay for many years to come.

Republican supporters of Trump and UMNO supporters of Najib suffer from “denial syndrome”. For the former, they do not want to admit that Trump is a serial liar because admitting this means that they have been fooled by Trump throughout his presidency. Whether it is his lies about the crowd size during his inauguration or saying that the 2020 presidential elections were ‘stolen’ from him, his ardent supporters have to believe his message in totality – hook, line and sinker – in order to preserve their own credibility. 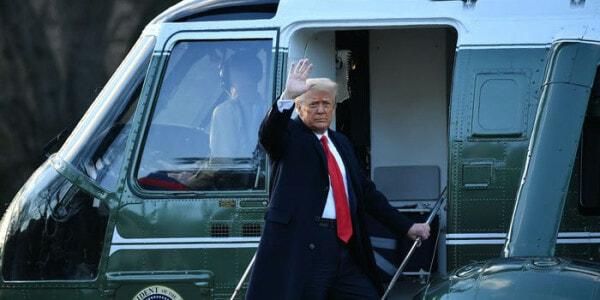 For the latter, they don’t want to believe that Najib was complicit in the mega-1MDB scandal because to do so means that they were fooled into defending him in the first place when news about this scandal broke out. So they hold on to the myth that Najib took the 1MDB money to help the poor, he took the money to help UMNO leaders in their constituencies and that he was fooled by the ‘mastermind’ behind this scandal, Jho Low.

For the Republican and UMNO leaders respectively, I suspect that most of them are cognizant of the fact that Trump is a serial liar and that Najib was complicit in the 1MDB scandal. But they dare not say this publicly because this would shatter the ‘myth’ that Trump is really out there fighting for the little guy and that Najib is an honest Prime Minister who wants the best for Malaysia. Other than a few brave souls like Mitt Romney (Republican Senator representing UTAH) and Khairy Jamaluddin, not many leaders from their respective sides have publicly denounced the actions of Trump and of Najib.

For the Republican leaders, some of them may feel beholden to Trump for helping them win their seats in past elections. Trump may have helped raise money for some of them. Many of them probably fear the prospect of being challenged in the Republican primary if they do not show absolute loyalty to Trump.

For the UMNO leaders, many of them would have been ‘helped’ by Najib when he was Prime Minister. Some may feel beholden to him for their current political position. They would also acknowledge that Najib is still a powerful personality and leader within UMNO. 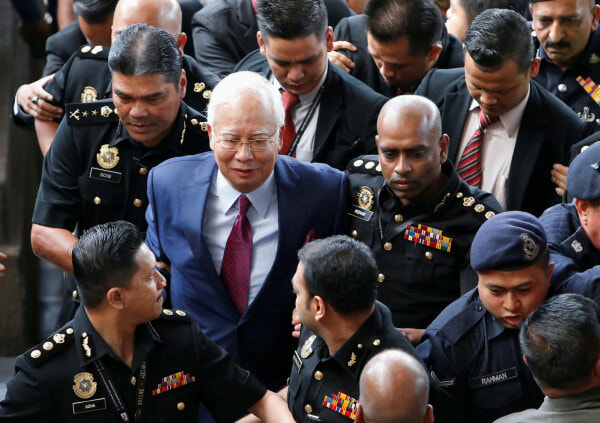 Trump will likely continue to command public attention after his presidency ends. He will find new ways of reaching out to his supporters if he remains banned on Twitter, Facebook, and Instagram. And he will want to continue to influence his Republican base.

For Najib, he (or rather, his team) is probably the most effective user of social media among all the politicians in the country. His attempts at rebranding himself as “BOSSKU” is well-known nationwide. His Facebook posts continue to receive significant public attention and also news coverage. He is probably the best social media ‘troll’ in Malaysia in his use of social media to cast ‘shade’ against his political opponents. His popularity on social media may be one of the reasons why UMNO leaders still fear him and do not want to offend him publicly.

But it would be a mistake to think that Trump and Najib’s social media popularity translates into majority voter support. While Trump has a very vocal support base, he still lost the 2020 presidential elections by approximately 7 million votes (please check). His popularity would certainly have fallen further after his instigation to his supporters to attack the Capitol building in Washington DC on the 6th of January 2021. There will probably be new legal cases filed against Trump after he leaves office and this will serve as a stark reminder of his abuses of power during his presidency. 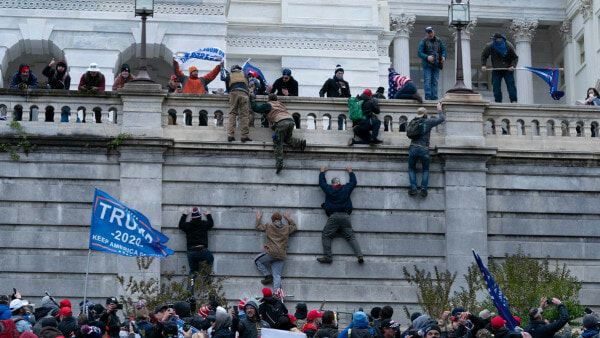 Najib may still have many supporters on social media but every time he appears in court for a 1MDB related hearing, it is a public reminder that this scandal will follow him for the rest of his life. (Not to mention his wife, Rosmah’s, court appearances in the RM1.25 billion hybrid solar project bribery case) Najib (and Rosmah) would certainly be a political liability for UMNO if he were to play a prominent leadership role in the next general election.

I do not presume to know what is the best way for the Republican party and UMNO to move on from the toxic hold which Trump and Najib have on these parties, respectively. What I DO KNOW is that the future prospects for both parties would be much brighter without the influence of Trump and Najib. And the future of the United States and of Malaysia would be significantly better if both these figures can be marginalized politically in their respective countries. For the sake of America’s democracy, the Republicans and the country need to move on from Trump. For the sake of Malaysia’s future, UMNO and the country need to move on from Najib.

Also read: Joe Biden Sworn In As President of The US, Trump Doesn’t Attend Inauguration Ceremony 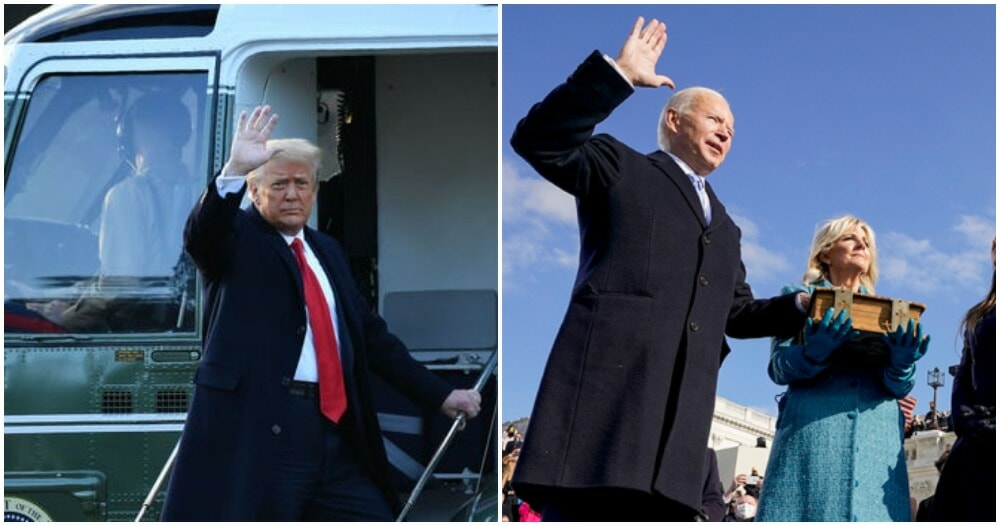