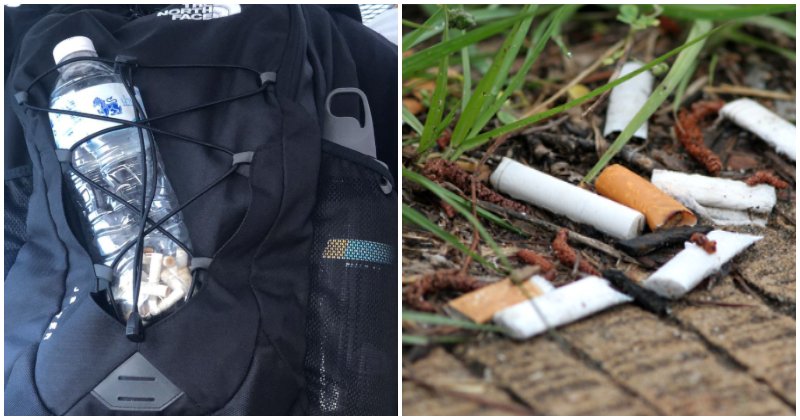 Malaysia is known for many things. Our food, our multi-ethnic culture, our littering, our beaches, and our rainforests, just to name a few.

But let’s talk about the littering for a second. We’ve all seen videos of Malaysians on the roads throwing trash out their car windows and mounds of rubbish left at places that clearly state ‘Do not throw rubbish here’, but there’s another aspect of littering us Malaysians are guilty of, but is not often discussed.

Even at dedicated smoking spots will you see cigarette butts littered all over the ground instead of in the designated ashtrays and bins. Hence, an Australian tourist is setting new standards for Malaysian smokers in a now viral Twitter post by HUSTLE-RIQ (@nazreenhazriq). The Australian man was seen walking around with a plastic bottle of cigarette butts attached to his backpack.

HUSTLE-RIQ wrote, “Saw this earlier. Tourist from Australia kept his cigarette butts in a plastic bottle while Malaysians throw them everywhere like boogers.” 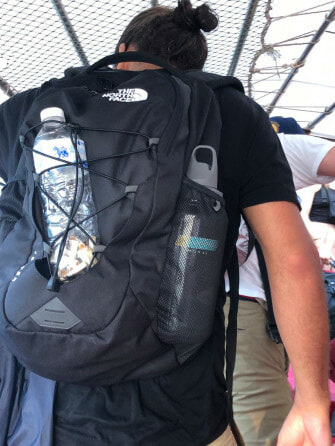 Considering the fact that plastic bottles like that would eventually be thrown away, it’s actually not only very thoughtful of him to not litter his butts but also a very resourceful way to do it. (Of course, he can still clean out the bottle after and recycle it.) 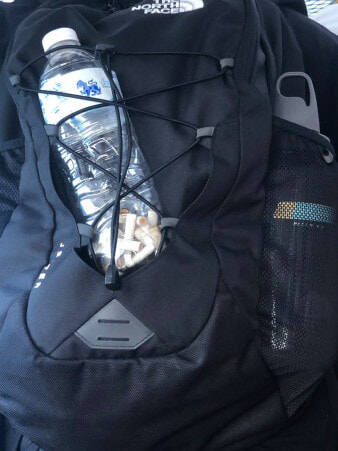 Netizens have since spoken up to praise the tourist, though many believe his actions were influenced by a certain neighbouring country, seemingly unable to imagine such ethical behaviour happening in Malaysia. (If netizens are reacting this way to a foreigner ethically disposing of cigarette butts, imagine how they’d respond to a Malaysian doing it!)

This comment goes, “He must have just finished visiting Singapore.”

On a side note, is it just me or is it scary that we’ve normalised littering cigarette butts so much that we brush off such exemplary and necessary behaviour as foreign culture?

Well, it’s clearly not just me as HUSTLE-RIQ even added that we can implement Singaporean’s laws on littering in order to improve the cigarette butt issue in Malaysia.

He writes, “Malaysia can also create the same laws as Singapore.”

And what’s so wrong with implementing similar laws if it means having cleaner streets, right?

HUSTLE’s posting has since garnered over 5,400 retweets.

It’s about time we open ourselves up to good foreign mentalities that can help us battle our littering culture.

Also read: Watch: M’sian Sound Engineer’s Adorable Reaction As He Gets Completely Stunned By a Singer 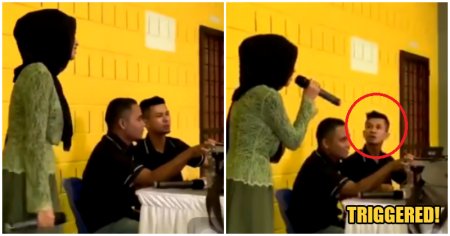