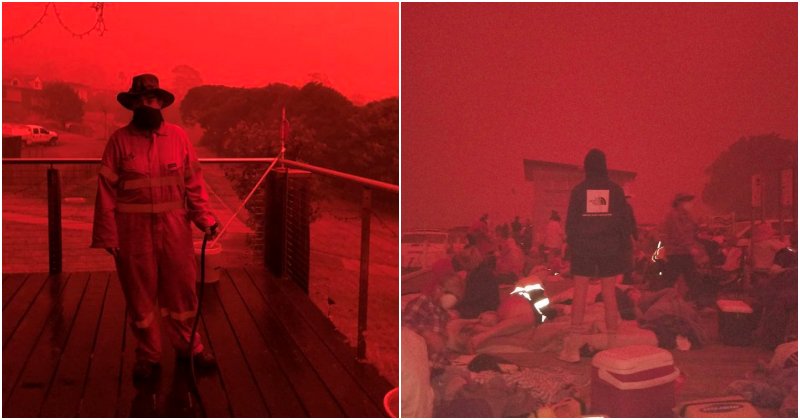 Travelling for many is meant to be an enjoyable escape from the everyday stress and routine of life. You go out to a different place, explore what it has to offer, indulge in some really good food, then go home and tell your family all about it. At least, that’s how it should go.

But for over 4,000 tourists and residents who were likely enjoying their time at Australia’s Mallacoota region, raging fires that have enveloped the entire country have reached a critical state, as reported by The Guardian.

How bad are the #AustralianFires? Absolutey fucked. 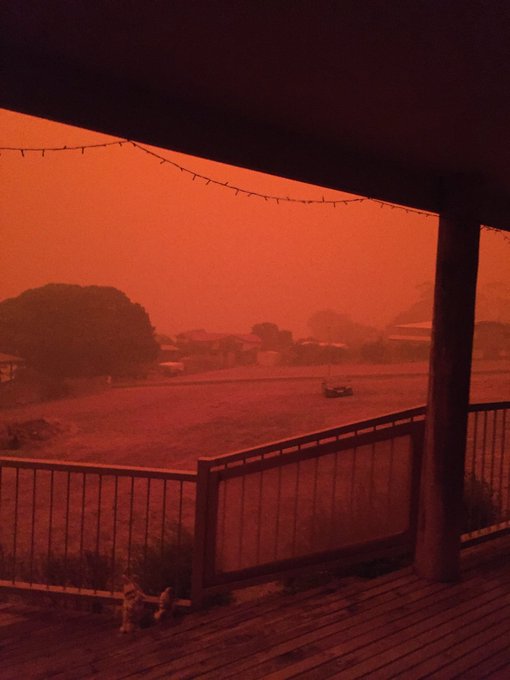 In photos that can be described as nothing short of apocalyptic, tourists who were in Mallacoota were forced to strap on life-jackets and flee to nearby lakes and coastlines in the region as the fires that have raged on in Australia finally landed in the area. In fact, the fires have gotten so intense, they have coloured the entire sky in a blood-red hue. 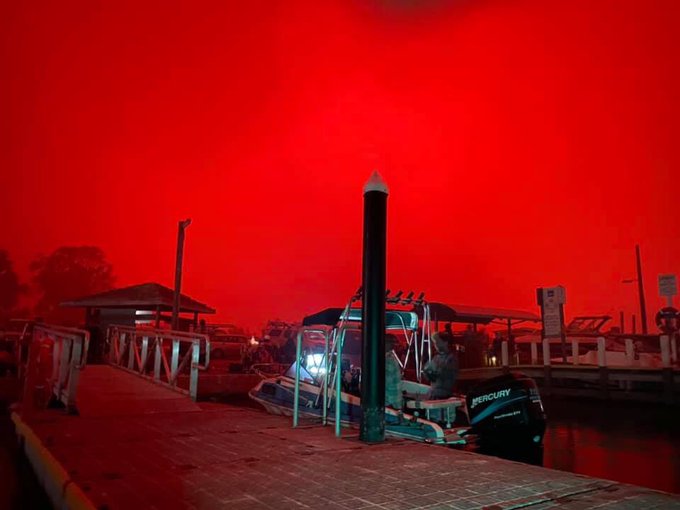 While the town had been told to evacuate on Sunday (29th December 2019), authorities then decided that it was too dangerous for them to move out from their homes on Monday (30th December 2019). 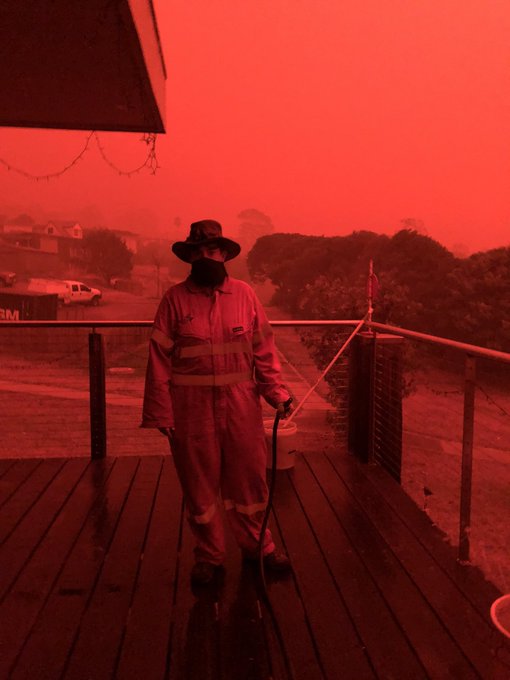 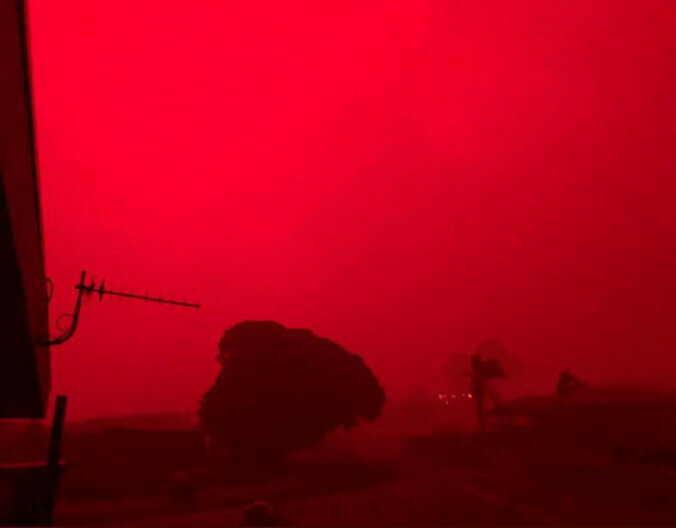 Gas bottles were heard exploding from the heat as fires touched down on the surrounding areas of the town, while sirens instructed people to immediately get into bodies of water. Locals have said that fires could be seen engulfing the middle of the town, and 20m high flames on the outskirts of the town were spotted.

“It’s mayhem out there, it’s Armageddon … The other issue is how the hell we’re all going to get out of here – there’s one road in and one road out.” 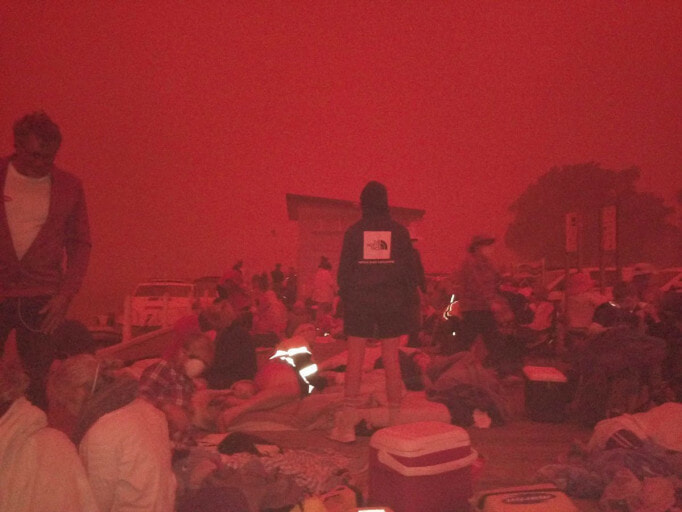 Temperatures have been said to reach over hundreds of degrees Celsius in bush areas, which will kill anyone close enough to be in the nearby areas. The ocean is considered to be the ‘last resort’ option to save both residents and tourists from the flames.

We pray that those who have been affected by the intense fires will manage to escape unhurt. 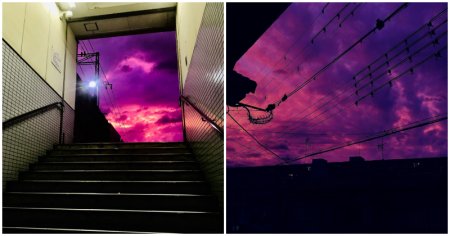