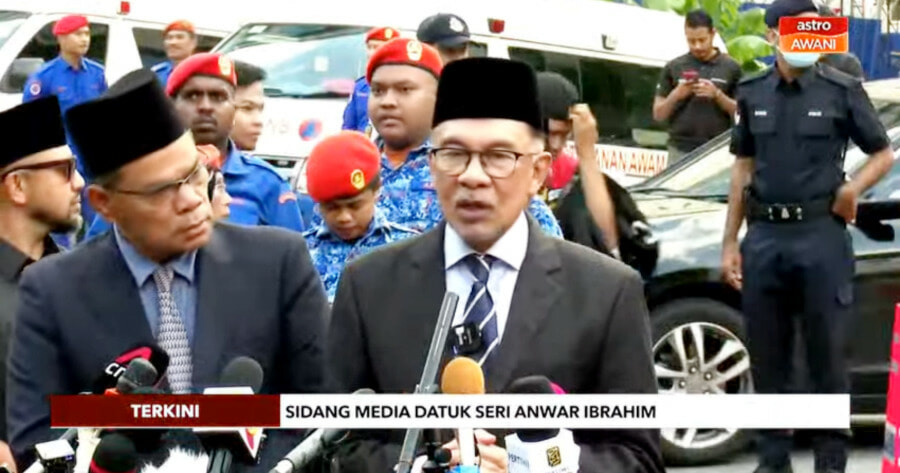 Pakatan Harapan (PH) candidate, Datuk Seri Anwar Ibrahim (DSAI) shared in a press conference outside of the Istana Negara that a decision has not been made yet.

This comes after he, along with Perikatan Nasional (PN) candidate Tan Sri Muhyiddin Yassin, had an audience with the Yang di-Pertuan Agong Al-Sultan Abdullah Ri’ayatuddin Al-Mustafa Billah Shah at 4:30pm earlier.

When asked by a reporter to provide a statement in English as well, DSAI jokingly said “not good in English”, to which the reporter said “your English is excellent”.

DSAI proceeded to explain that,

“We’ve been summoned by the Agong, and I expressed my profound gratitude for the opportunity given. His Highness began by expressing his desire to form a strong government that is inclusive in terms of race, religion or region, that would be able to allow the government to focus on resolving the problems of the rakyat and to resuscitate our economy.” 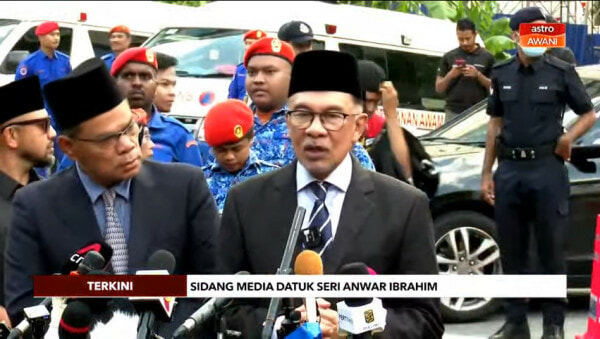 “I’ve expressed this gratitude to his Royal Highness and said we’ll do our best and would digest the advice and would wait for the final decision which is of course (based on) the discretion of the Yang di-Pertuan Agong”, he said adding that there is no decision made as to the 10th PM of Malaysia and that they would wait for His Highness’ decision.

When asked if he was the interim Prime Minister, he said no decisions were made even as to an interim PM.

Further, when asked if Malaysia still doesn’t have a Prime Minister at the moment, he joked said that there is a vacancy for that job position which is open for applications.

He also expressed that for now there is “no question of forming a minority government”.

Additionally, he explained that he and Yang di-Pertuan Agong share the same desire for a unity government.

“Unity government is the term I used yesterday and coincidentally, the Agong, for many years, have consistently requested that there be a spirit of unity among the people.”

Before ending his speech DSAI said,

“When Datuk Seri Ismail was appointed, and before that Tan Sri Muhyiddin, they did not carry this out. If it’s me, I respect (Agong’s desire for a unity government) and I adhere.”

You can check out the press conference here: