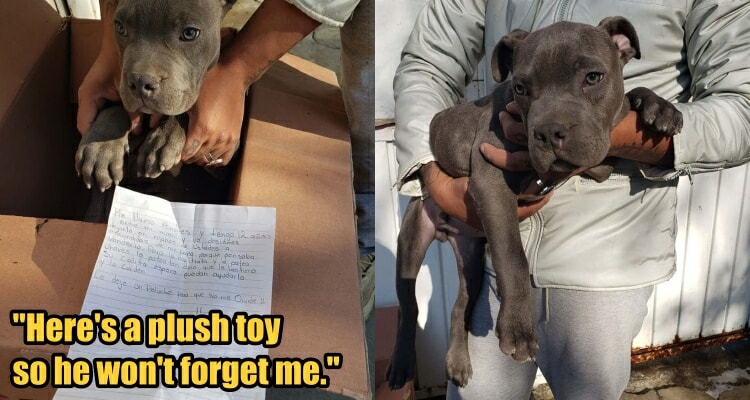 We’re heartbroken to see pets being abused by their owners, and in this case, a young boy had to say goodbye to his beloved dog because his father won’t stop beating him.

This viral incident broke many people’s hearts when a Mexican animal shelter shared the story on their Facebook page. Apparently, the beautiful doggo had been beaten and kicked by the boy’s father, and the 12-year-old boy and his mother decided to send this dog away from the abusive man.

Both the kind mother and Andrés, the son, left the dog in a box at the shelter, and a letter was found in the box. According to Bored Panda, not only that Andrés’ father had been abusing the dog, but he had also been planning to sell him. This explained why the mother and son duo thought it was better to send their dog away behind the man’s back.

The letter that was included inside the box was filled with lines of sadness when Andres mentioned that the dog’s tail suffered injuries. 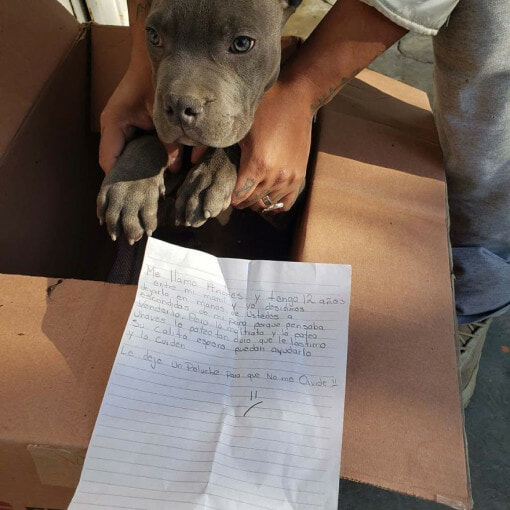 “My name is Andrés and I’m 12 years old. My mom and I decided to leave him to you. We did this behind my dad’s back because he was thinking of selling him. My dad is always beating and kicking the dog. Once he kicked him so hard that his little tail got injured. I hope you can help him and take care of him. Here is a plush toy so he won’t forget me.”

After taking the dog in, the shelter immediately checked the pup’s health, and they found a fracture at his tail.

“We need to take the dog to the vet so he can check his tail, which apparently is fractured. We also need to remove parasites and get him a check-up. This means more expenses and work for us, but luckily the dog will be safe.” 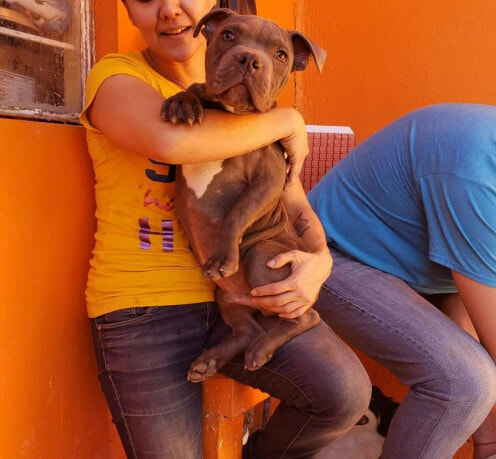 Xollin, the shelter involved in this case, decided to name the dog Rene and put him up for adoption. Putting Rene up for adoption is no difficult task because the shelter received over 300 messages from people who want to adopt this cute pup.

Seeing how Rene’s adoption garnered a huge number of responses, Xollin reminded everyone to adopt the other animals that didn’t make it to the viral news, and that every animal deserves a loving home. We agree with this and hopefully, more people will be able to give homeless animals a forever home. 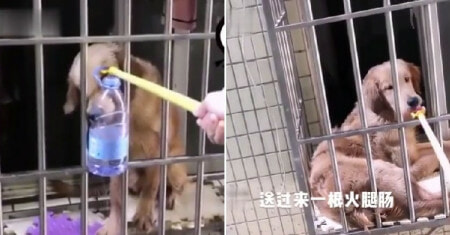