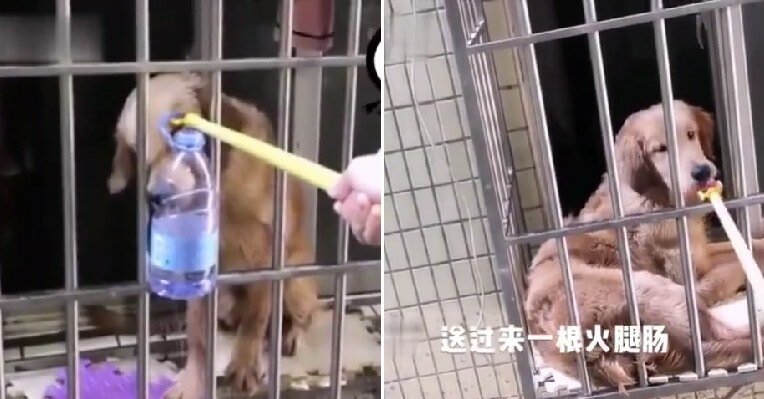 This has restored our faith in humanity! Amidst news of people who are killing or abandoning their innocent pets due to fear of Covid-19, there are others out there who still care about these creatures. A concerned neighbour saved a starving golden retriever who was trapped at home after his owner got stuck somewhere due to the coronavirus restrictions. 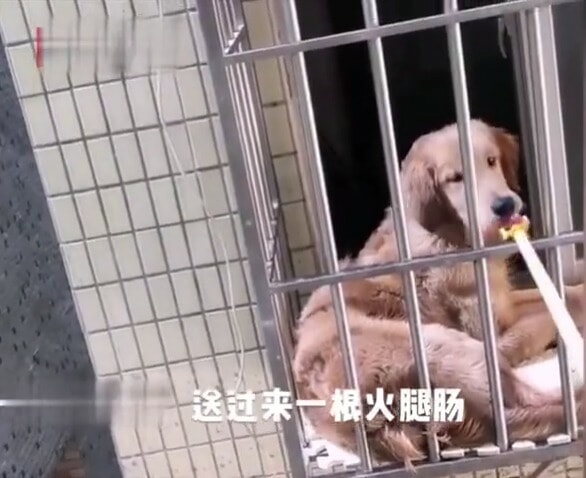 According to Sina, the dog named Zai Zai was trapped alone at home without food or water in Guangzhou. The neighbour, surnamed Xu, said that she noticed Zai Zai in an adjacent apartment in Guangzhou on January 24th. She didn’t think there was anything wrong until three days later when she saw Zai Zai again.

This time, Xu saw Zai Zai lying on the windowsill looking hungry and sickly so she suspected that he was home alone. She deduced that the dog’s owner might have gotten stuck somewhere due to the virus outbreak’s travel restrictions. 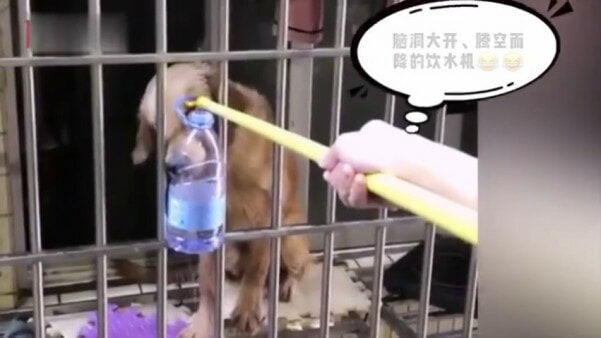 The kind woman decided to feed the dog, who must have been starving and thirsty. She did this by tying sausages and bottles of water to a clothesline pole and passing them across the gap from her window so that Zai Zai could eat and drink.

She fed and watered the doggo for six days while trying to contact his owner. She finally discovered that Zai Zai’s owner was indeed trapped in Wuhan after the city went into lockdown and had no way of making it out of the city. Luckily for the pooch, his owner managed to get in touch with the property management office and told them to open the apartment and rescue the pet. 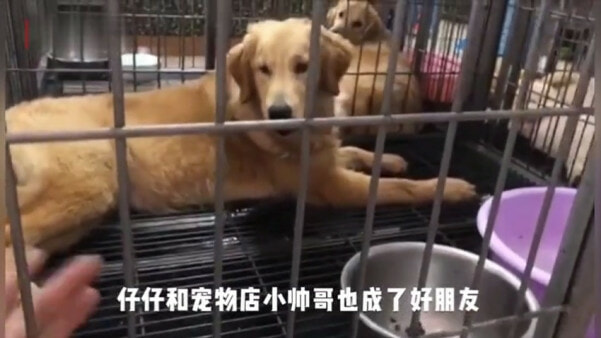 Currently, the golden retriever is residing in a local pet centre where is it well-fed and loved. He even found a doggy friend there and Xu confirms that Zai Zai is doing well as she stops by to check on him.

That was a very kind and thoughtful thing to do for the doggo! She saved his life! 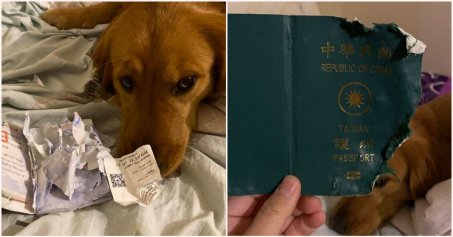