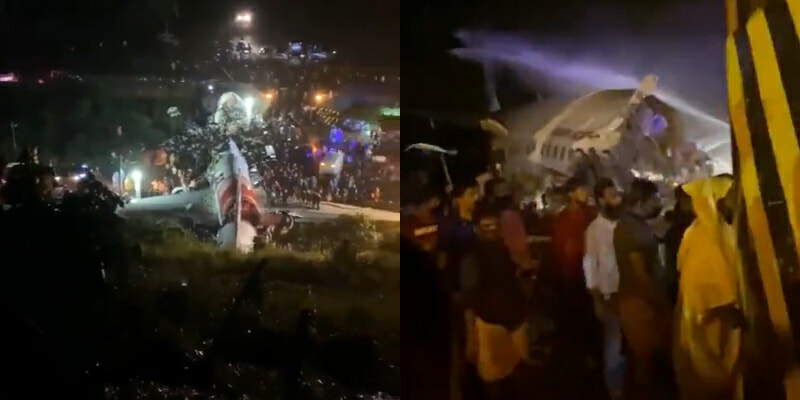 At least 18 people have been killed as an Air India Express plane crashed in the South Indian state of Kerala.

The crash happened as the flight skidded off the runway and broke into two while attempting to land at the Kozhikode Calicut International Airport.

According to the Civil Aviation Minister Hardeep Singh Puri, the plane, numbered IX-1344 “Overshot the runway in rainy conditions and went down 35-feet into a slope before breaking up into two pieces.”

To show just how devastating the crash was, several videos of the incident have made its way on social media.

“There are 174 passengers, 10 infants, 2 pilots, 4 cabin crew on board the aircraft,” the statement said, adding that “no fire reported at the time of landing.”

The airline added that the flight’s four crew members were “confirmed safe.”

The minister added that the pilot had tried to land earlier but did a turnaround because of bad weather conditions.

“The aircraft would not be brought to a halt by the end of the runway, and there’s a 35-foot drop in a gorge.”

The incident according to CNN is compared to another overshot runway incident which took place at the Southern Indian City of Mangalore killing 158 people – as both airports have tabletop runways, which is named after the steep drop on one or both sides of the runway.

Our condolences go out to the families affected by the incident. 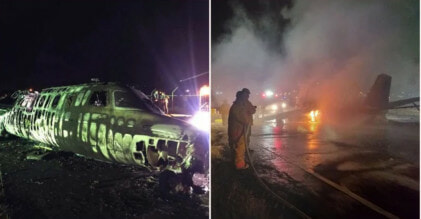