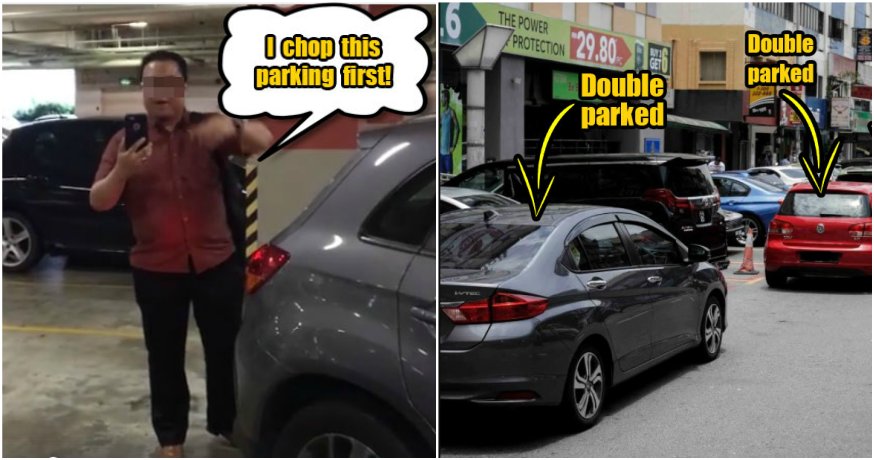 Sometimes, just the thought of parking can cause us to reconsider our going out plans because we’d rather stay home than get stuck in traffic and fight for parking with other kiasu Malaysians.

In fact, looking for parking is probably one of our biggest, scariest nightmares. Mainly because other drivers are either horrible at parking or tend to park inconsiderately. Well, here are some of the worst parking sins you’ve probably had to face at least once (or are guilty of!).

1. When you’re waiting for the car to exit but the driver buat tak tau and doesn’t even bother informing you that they’re not leaving yet

Sometimes, we even have to wait over five minutes with the indicator light on, just to painfully watch the driver leave the car and walk away. A simple hand wave or shake of the head is all it takes to inform people you’re not leaving yet. So hard to do meh?!

Always be considerate of other drivers and let them know if you’re leaving or not. Don’t leave them hanging!

2. Taking their own sweet time in the car before they finally vacate the space

They’re either playing with their phones, checking their makeup, or doing their hair. Whatever it is, these people can sometimes be completely oblivious to the fact that there is another car waiting for their space. This can result in very grumpy drivers in a very jammed up parking lot. Not the best combination.

3. Going against traffic to get to that one parking spot they saw 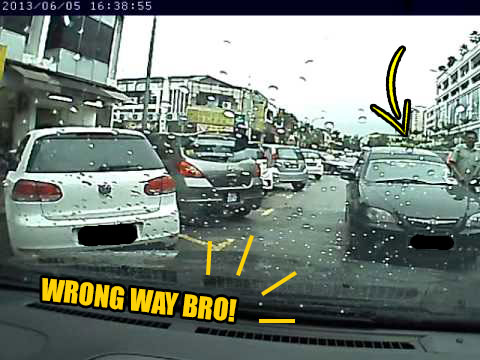 When it’s peak hour and everyone’s rushing everywhere, there’s always that one car that breaks every single traffic rule just so they can get to that one and only parking spot available on the other side of the parking lot. Which isn’t just dangerous for that driver, but for other drivers as well! Driving irresponsibly like that might even cause a traffic jam.

4. When there’s a “human traffic cone” in the empty parking space trying to chop place for their friend 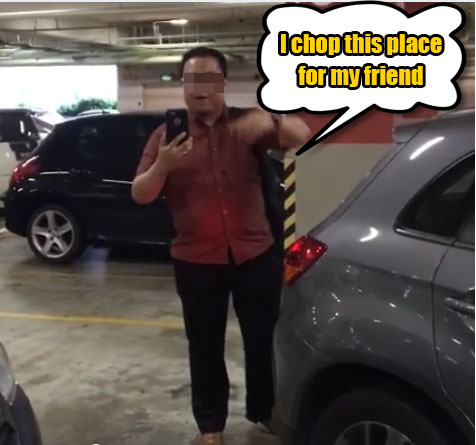 In some cases, instead of driving against traffic, we find drivers who get their passenger(s) to run down and book the spot while they slowly make their way there in the car. This won’t just tick off other drivers, but it’s also extremely unfair to those who arrived at the empty parking space first (by car). The passenger might even risk getting beat up by other drivers who got to the parking space first. Don’t say we didn’t warn you.

5. When a car die die tries to squeeze into a parking spot that just won’t fit their humongous car

Especially when it comes to parallel parking, make sure you really have enough space before you start to reverse in. Otherwise you won’t only risk hitting or scratching other parked cars, you’ll also be holding up traffic and risking judgmental glares and getting made fun of by other passing cars.

6. Small cars that give other drivers false hope by parking too far into the parking lot 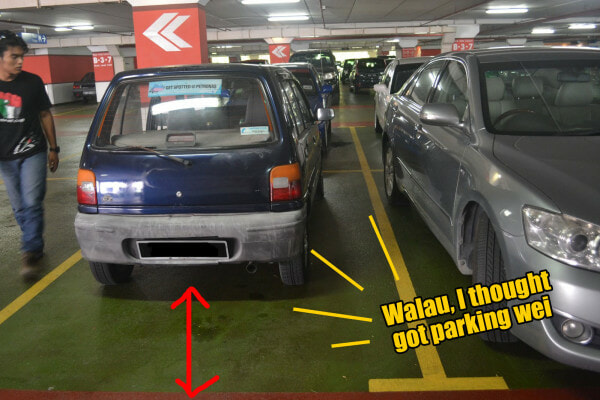 Your indicator was blinking and you were already physically, mentally and spiritually ready to turn into that empty parking space, but PLOT TWIST, there was a Kancil or Myvi already parked inside. Sien. 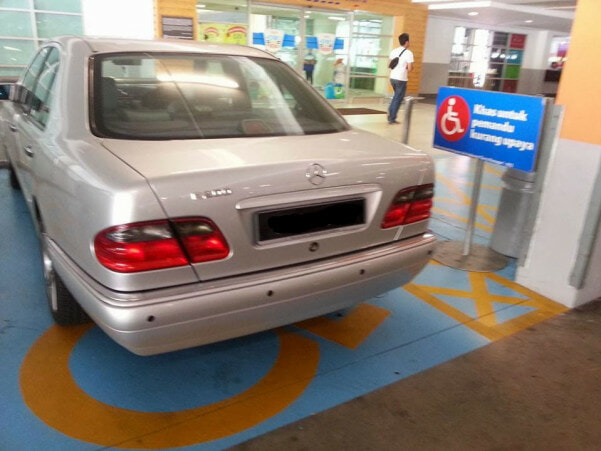 If you do this, don’t get mad when your car gets clamped or blocked by other motorcycles or vehicles that actually belong to OKU individuals. These parking spaces are rightfully theirs, so unless you ride a motorcycle or own an OKU card, drive on mister, or missus!

8. Last but not least, the worst parking sin of all: DOUBLE PARKING 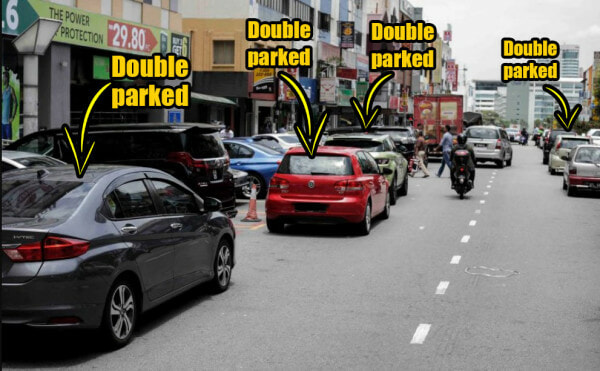 And not leaving a number or name card to call! This is the worst possible thing anyone could ever do.

At some places, looking for parking is really like looking for a needle in a haystack, so we have no choice but to double park for a few quick minutes. However, you should always, always remember to leave your contact details behind. Don’t be so inconsiderate!

If you often drive, odds are these points made you go “I TOTALLY RELATE”. Well, we do too. Don’t worry though, we’re here to help!

Together with Uber, we want to aid in lessening the stress and hassle that comes with driving and looking for parking!

Think about it, with over 5,800,000 cars in KL alone, the average KL driver spends 20 days a year getting stuck in traffic and looking for parking! This isn’t just costly, but time consuming too!

By booking Uber’s Ridesharing services, imagine how much lesser cars and congestion we’ll have on the road, PLUS all the available parking spaces! It’s high time we unlocked a city that moves efficiently!

Find out more about Uber’s Unlocking Cities campaign here and make sure you check out their awesome video below while you’re at it!