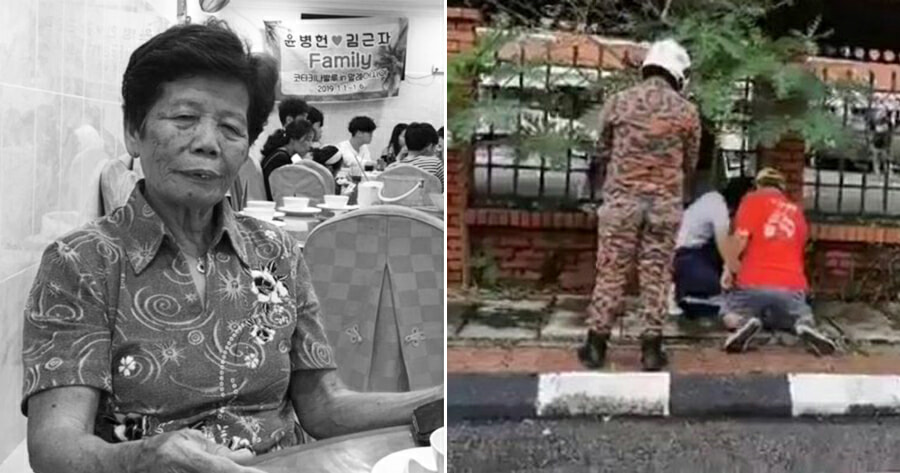 Last Thursday (28th May), an elderly woman, Madam Lim Sai Lung, went missing after visiting her daughter in Taman Putra Indah, Serdang. Her family has since been trying to find her but to no avail.

Yesterday (5 June), after seven days of searching, the 76-year-old woman was found dead in a drain beside an apartment in Serdang Raya, according to FTopNews. 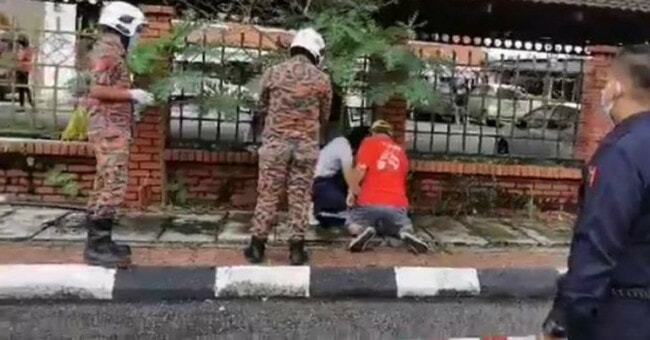 Residents in the area reported that they had smelt a foul smell coming from the drain three days ago, but because the drain was sealed, they did not consider it to be a dead body.

Halfway through the search for Madam Lim, they located the source of the smell and peered through the drain hole with a flashlight and saw a hand. 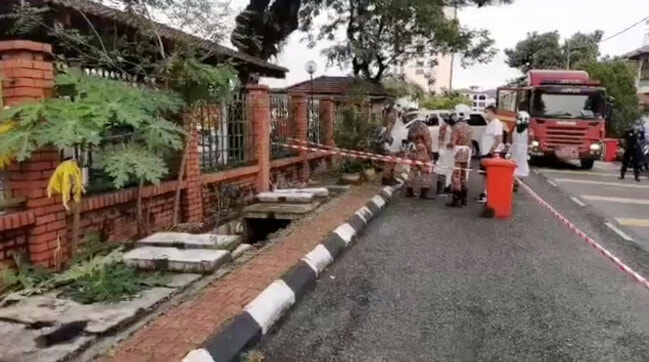 After prying open the drain cover, the body of the victim was identified as Madam Lim as confirmed by the authorities. Her family was also at the scene.

The victim’s body was found less than 100 metres away from her home and her shoes were also found in the area.

“My grandma has been found, thank you to you all who has shared and helped search for my grandma, I appreciate and thank you for your effort wholeheartedly, thank you ❤️❤️🙏🙏” she wrote. 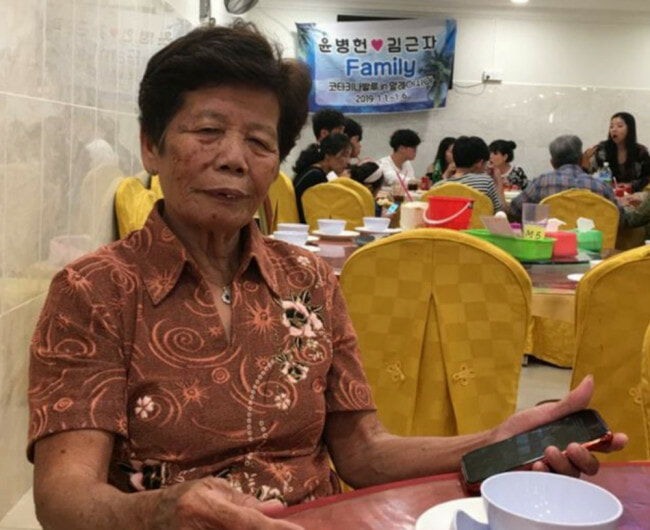 While many posts have speculated that Madam Lim has dementia and other health issues, a search notice on Facebook, clarifies that “she is healthy and has no Alzheimer/dementia issue”.

Madam Lim was last spotted “wearing a maroon/dark brown blouse as shown in the picture. She is healthy and has no Alzheimer/dementia issue. She didn’t bring along her IC & mobile phone.”

Rest in peace, Madam Lim and our condolences to the family.

Also read: Serdang Family In Desperate Search Of 76yo Grandmother Who Went MISSING On Thursday