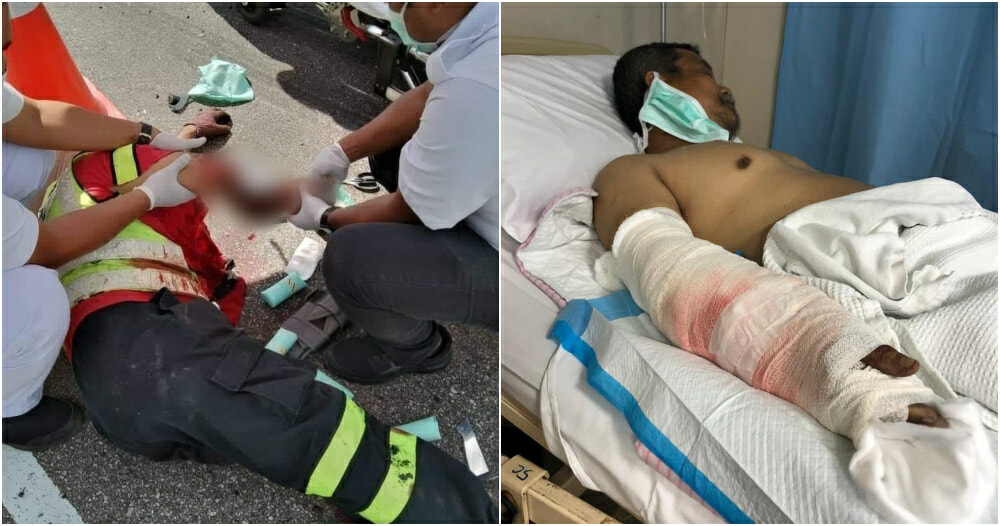 Two days ago, on 22 December, a male road maintenance worker was seriously injured when the lorry he and two other workers were travelling in was hit by another truck. The lorry driver that crashed into them got away.

Police are actively tracking down the lorry driver to assist in the investigation of the hit-and-run case that took place at Kilometer 28 of the Pasir Gudang Highway around 11.50am.

Mohd Sis Bin Latif, 55, suffered severe injuries to his right arm which resulted in him having to undergo amputation surgery.

According to Harian Metro, Seri Alam District Police Chief Deputy Superintendent Shahrulanuar Mushaddat Abdullah Sani said, during the incident, the victim was standing on a hydraulic platform behind a lorry while travelling with his colleague. 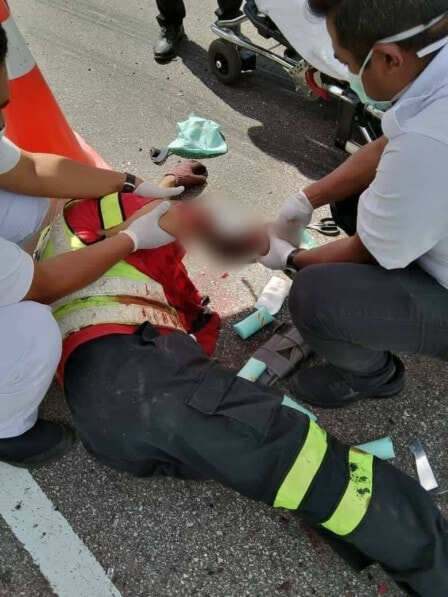 He said the lorry in which the victim was in at the time detected a pothole for repair work. When they arrived at the location, the lorry was hit by another lorry.

“As a result of the accident, the 55-year-old victim was seriously injured in the right hand and had to be amputated in the lower elbow while receiving treatment at the Sultan Ismail Hospital (HSI),” he said. 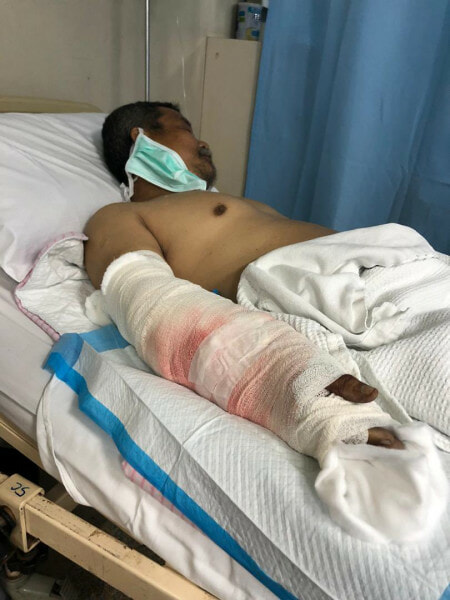 “Another colleague of the victim, the 27-year-old victim was only slightly injured in the right knee,” he added.

Shahrulanuar Mushaddat said, the lorry involved crashed into the vehicle in which the victim was riding did not stop at the scene, instead disappeared.

The Police are now actively conducting efforts to identify the lorry involved in the incident. He urged the public who have any information to assist them in the investigation.

“Police are seeking the cooperation of the public who have information on the incident to come forward to assist in the investigation,” he said.

The case is being investigated under Section 43 (1) of the Road Transport Act 1987.

Also Read: Beware! There’s Been 5 Accidents On The North-South Expressway This Week Alone 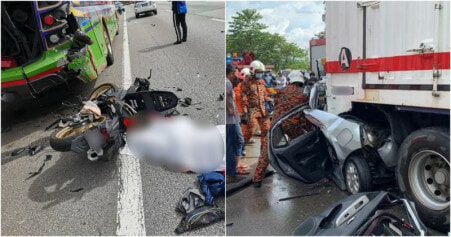