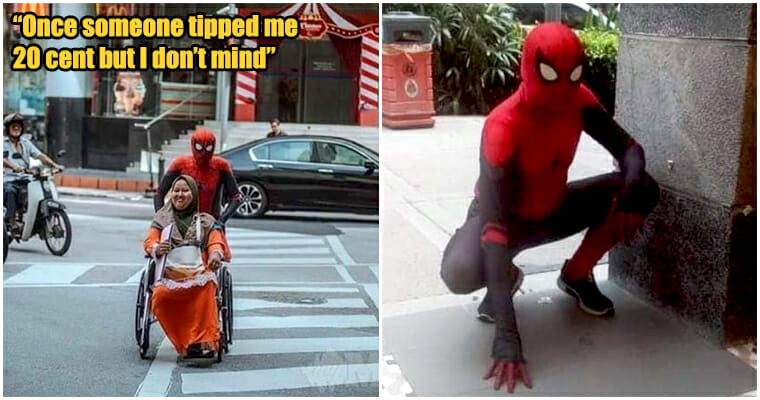 Finally! Someone is working hard to defend humanity in Georgetown! 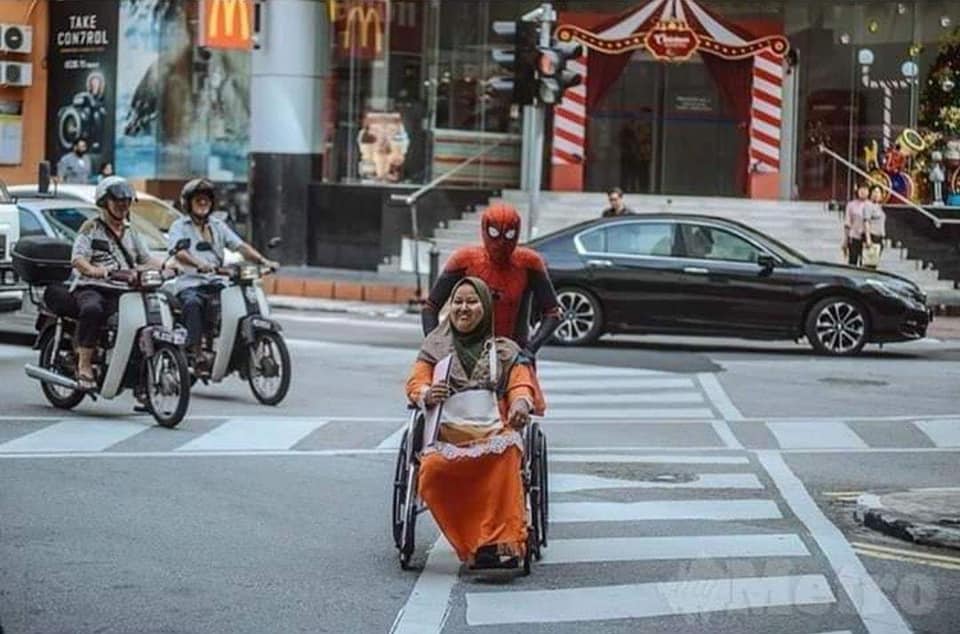 According to Harian Metro, the man behind the mask is street artist Ahmad Shakirin Mohd Zain, 50, and has been a year since he first decided to transform into Spider-man as a way of gaining side income to pay off his wife’s medical fees.

Previously, Ahmad Shakirin used to work as an artist at Pasar Seni, Kuala Lumpur and his wife, Nur Aznita Mohd Ismail, 37, worked as a chef in a famous restaurant in the city.

“My wife fell in a toilet and that gave her stroke, and due to her diabetes, her right leg had to be amputated from the knees below.”

“Thereafter, we moved to Penang and tried to change our luck here with this method,” he remarked, adding that he is currently living in a guest house and has to pay RM55 per day.

According to Ahmad Shakirin, his main income before donning the suit solely depended on selling his paintings at popular locations around the city.

When he saw a lot of his acquaintances gain money from putting on superhero suits, he bought one online at the price of RM180.

He also mentioned in the interview that the two simply love kids, but they never had a chance to have one, so him being Spider-Man became therapy for them. 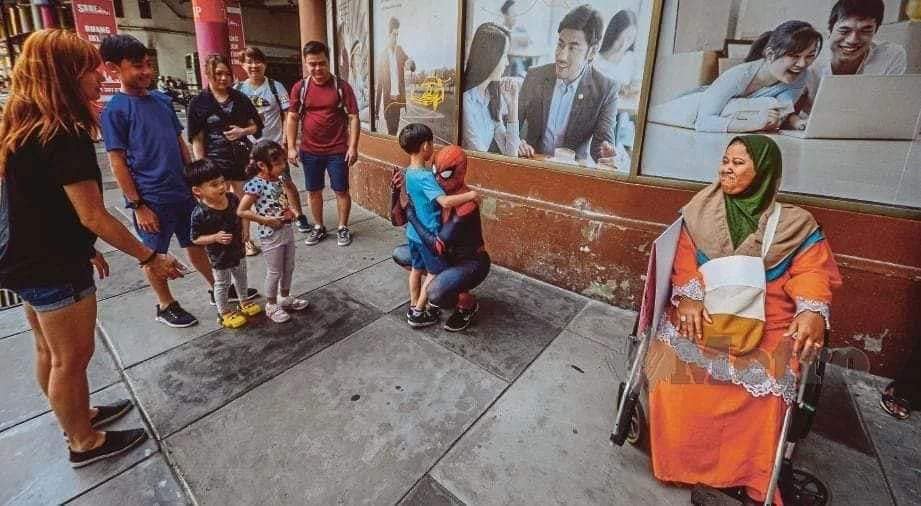 “Aside from that, we are thrilled when we get to play around with children and hope that the public will pray for our well-being.”

The suit became an instant hit, and the public would regularly request for pictures with him and sometimes even tip him.

“I didn’t mean to beg, but there was once a time where someone only tipped me 20 cents after asking me to do Spider-Man poses and I still accepted it because to me the sincerity of the giver matters more.” 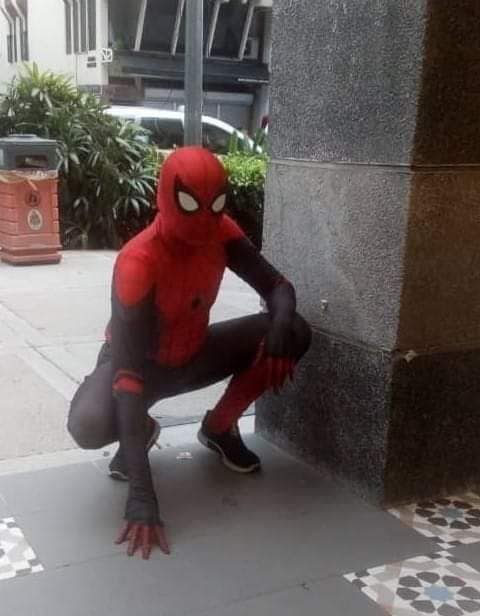 Thankfully, the guest house owner has been compassionate after hearing about their hardship, and the couple can now focus on a better future.

“Later when my wife gets better, she plans on selling food as well because that’s what she’s skilled at.” He continued.

Can someone like drop his Facebook page or something? People need to know how to reach him! 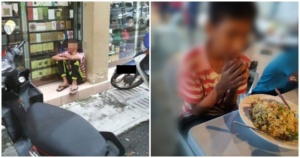