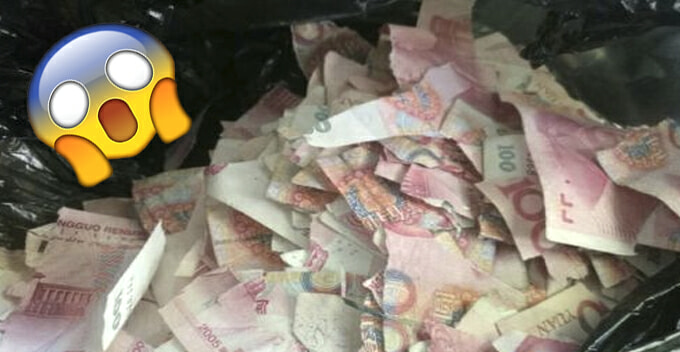 What was the worst thing you’ve ever done when you were five? Well, whatever it was, it couldn’t possibly be as bad as what this kid has done.

Just last week, a five-year-old boy from Qingdao, China ripped 50,000 Yuan (approximately RM31,000) worth of banknotes into pieces when he was home alone. My wallet is crying. 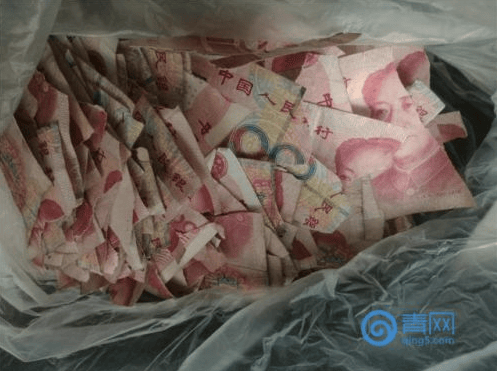 According to Qiangdao News, the father who goes by Gao, is a businessman who had gone out to buy something and left the little kid at home. Surprisingly, the 50,000 Yuan stashed inside the drawer was discovered by the boy, who shredded them into pieces in just a short period of time.

“When I reached home, I saw a lot of banknotes on the floor, and many of the 100 Yuan notes were torn. I was dumbfounded, and I braced myself for the worst,” said Gao.

“After questioning my son, I learnt that he did that out of naughtiness,” he added.

Despite being an Asian parent, Gao didn’t give his son the ass-whopping of his life. Instead, he only scolded his son, who looked rather innocent. I know for a fact that many of us wouldn’t have had such fortune.

In an attempt to salvage the money, Gao tried to piece the notes back together. Soon, he realised that he was playing a next-level puzzle as they were torn beyond salvation.

“The notes were everywhere. If I managed to piece just one 100 Yuan together in a day, that’d be great,” Gao said.

Since the money was the fruit of his labour and was meant to be used as payment to his business counterpart, Gao decided to try again for a few more times before he finally gave up.

“Some were torn into four pieces, while some were shredded into 10 pieces,” he added. 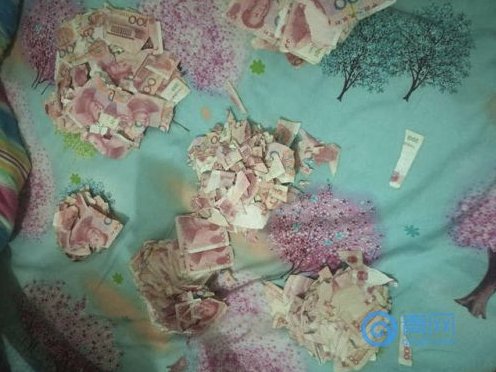 Then he recalled from the newspaper he read that damaged money could be exchanged at banks. So he gathered every bit of the banknotes into a plastic bag and brought it to the bank. 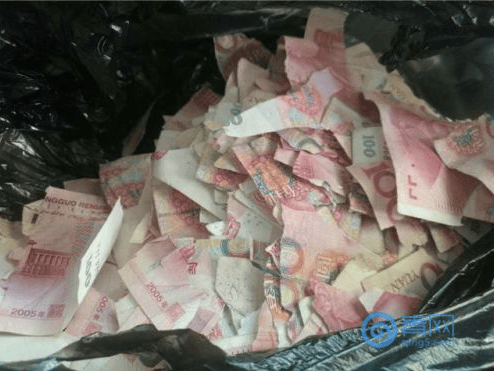 Unfortunately, all the banks he visited required him to piece the money together before the exchange could take place.

“I’ve been to every bank and they’ve all asked me to piece the money back by myself. But that’s not my forte,” he said.

Because of this issue, Gao has lost his appetite and had sleepless nights.

“What I can do now is to salvage as much money as possible while hoping for a bank to help me,” he added.

We certainly hope that Gao would be able to get as much help from banks as 50,000 Yuan is a lot of money to just be rotting in a plastic bag. 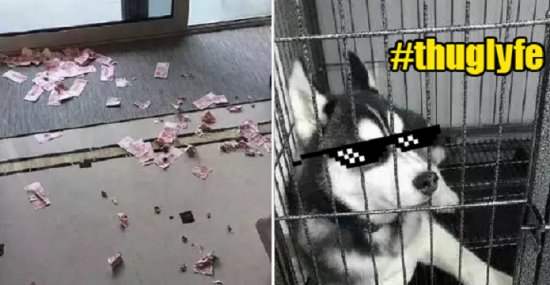