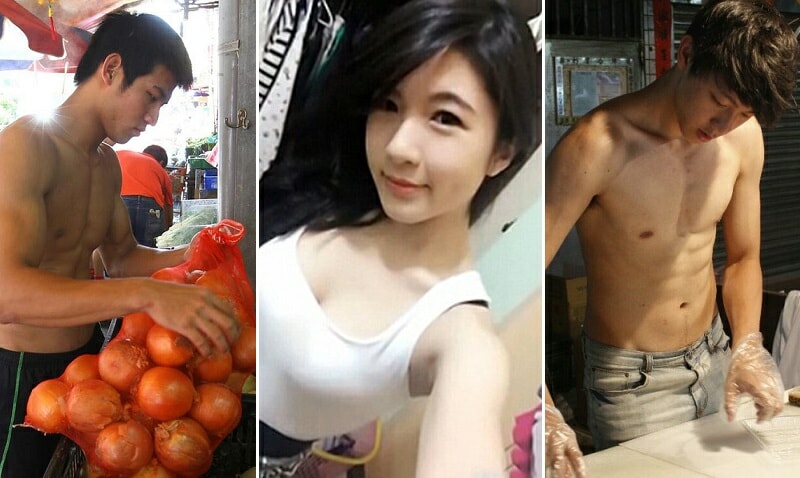 The internet is at it again. It’s no longer celebrities people fawn over, but your butcher and stall vendors in the market! Maybe it’s the disbelief people get seeing an attractive person working in the market, or they are just sheer eye candy, either way, the internet made them famous! 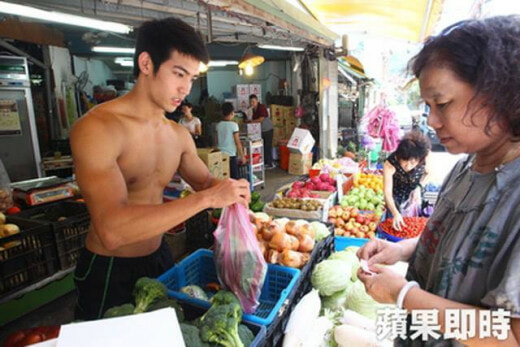 This hunky vendor who sells fruits and veges is the latest employee people are going gaga over. Meet Wang Xiang Hong who is only 20 and working part time in this fruit stall. Could it be his appealing looks, chiseled abs, or the fact he’s half nude? Whatever it is, he’s got people flocking in to buy his produce!

When interviewed by reporters, he said them that he is also a part-time model and that he plans to serve in the army later this year (Boohoo for all the Taipei teens out there).

He mentioned the reason he’s working in the stall was because he’s helping his childhood friend who owns this exact store when they were understaffed. 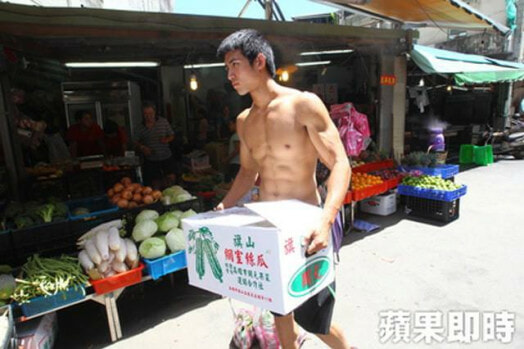 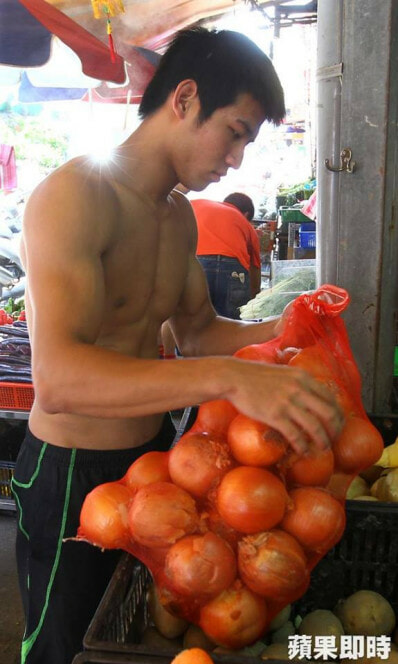 Well, as for the comments.. they are just as entertaining. 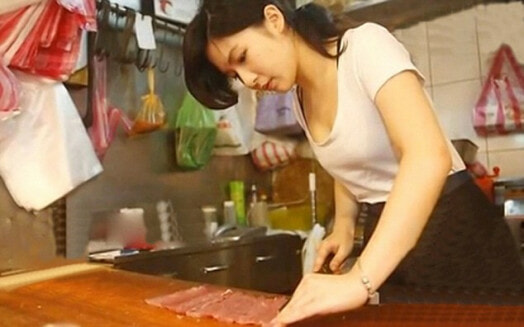 When someone stumbled at a Taipei wet market stall that sells pork meat, he was taken aback by her young and good looks. After he posted a picture of her online and things escalated from there, with many others finding her attractive as well and in obvious disbelief for her work in butchering.

Earning herself the title as ‘Pork Princess’, Zhang Caijie of age wasn’t too keen with her title (I wonder why?). Since she went viral on social media, many swarmed to her family store hoping to get her number. One even asked, ‘How much meat do we have to buy before you give us your phone number?’ Even mothers were in on this and wanted to introduced her to their sons!

Zhang says, ‘It’s quite embarrassing actually. They tell me that girls who work for their family are good girls and that they like this type of girl.’

Not letting fame get to her, this down to earth gal continues to work as a butcher as well as making Chinese wontons. 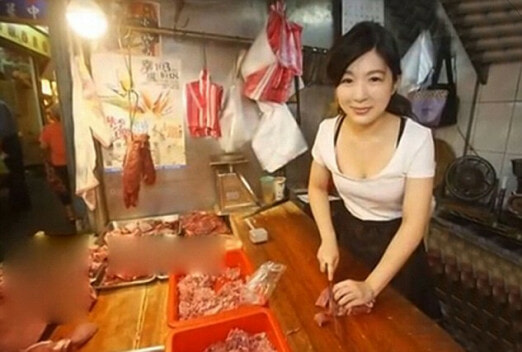 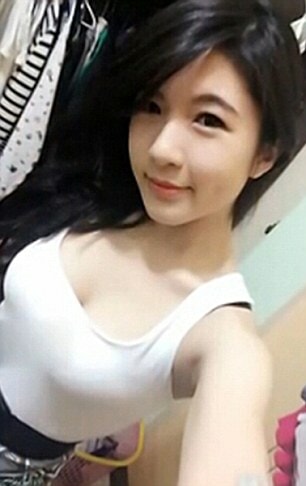 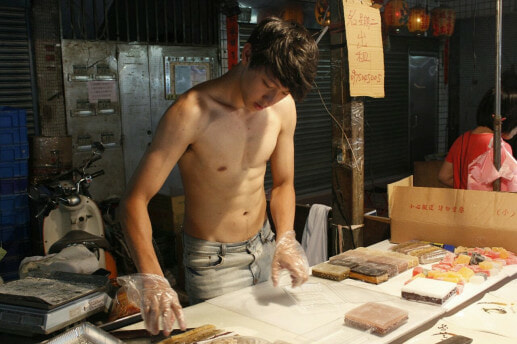 Yet another cutie caught in Taiwan’s streets. Thanks to another social media user posting his pictures online, this boy gained fame and earning him the title, “凉糕小哥”, which directly translate to “Cake Brother” (ok, that didn’t sound as glamorous nor catchy).

This 20 year old student is a currently majoring in sports, specializing it volley ball. He works part-time selling taiwanese cakes during his break to earn a bit of income.

While many complimented his good looks that resembled k-pop stars, the post didn’t fall short of any haters either. 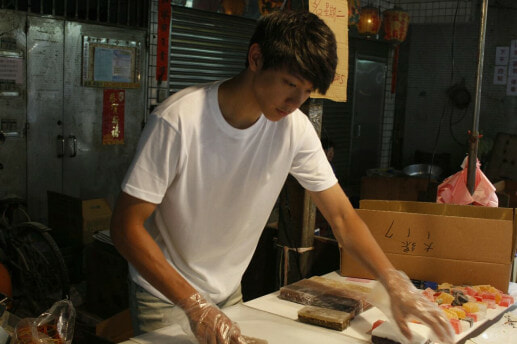 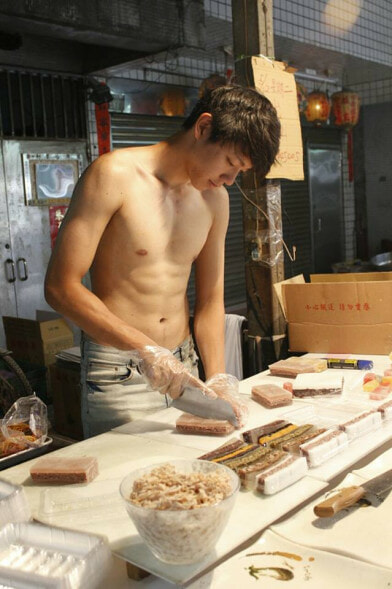 (Damn is it just me or is it getting hot in here?) 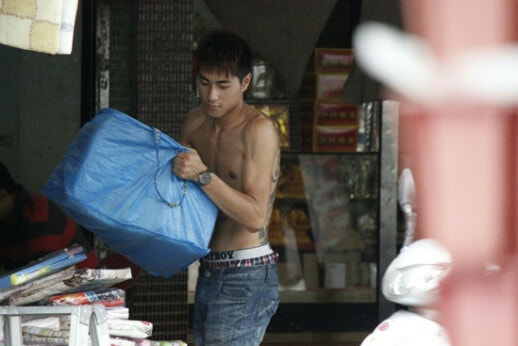 Rocking out a back tattoo, this 20 year old exudes ‘bad boy’ all over. You know what they say, “Nice guys finish last”, and girls love them bad.

Caught smoking a cigarette and drinking a can of beer while setting up, this boy known as Lam, got girls going head over heels.

Some even commented, “If I buy a mattress from him, do I get him for free?” 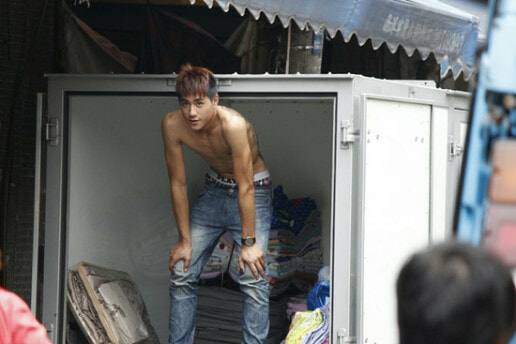 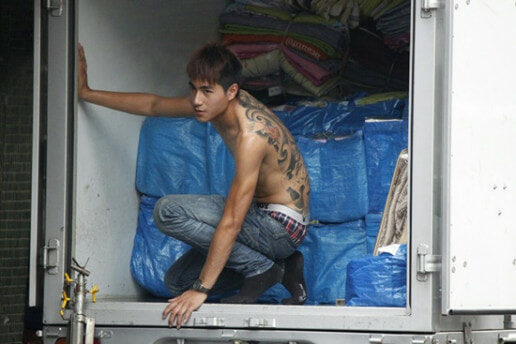 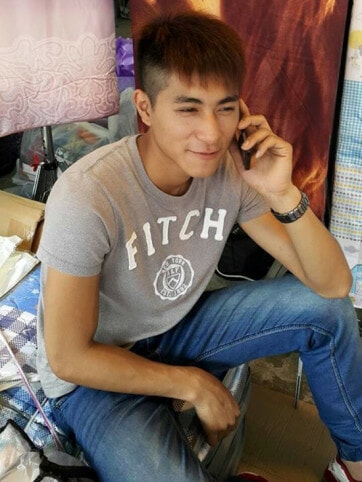 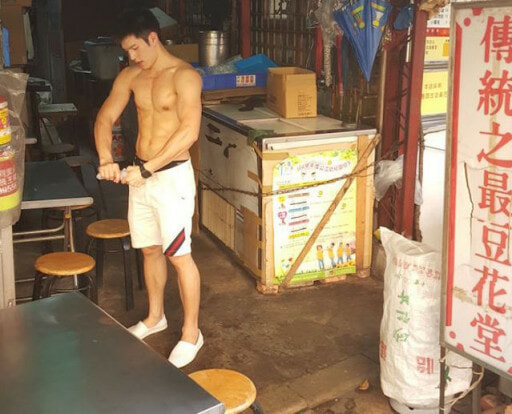 The last but not least, the hottest bean curd seller anyone has ever laid eye upon. Working at a shop called ‘Chuan Tong Zhi Zui Dou Hua Tang’, 26 year old Yi Tin Chen gained popularity from one of his coworker’s post.

Yi is said to be the shop owner’s son, and when he’s not serving those bean curds extra hot (mm hmm you know what I mean), he’s out somewhere doing part time modeling. 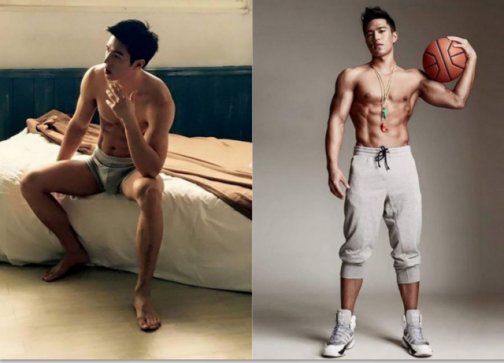 Honestly, we do not know if the long line is because of the awesome ‘Taufu Fa’ or because girls are just thirsty to get a sneak peak of the hunk. But can you really blame them? 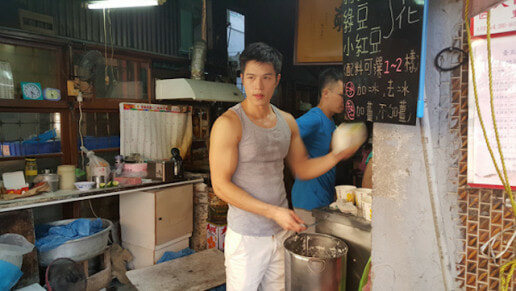 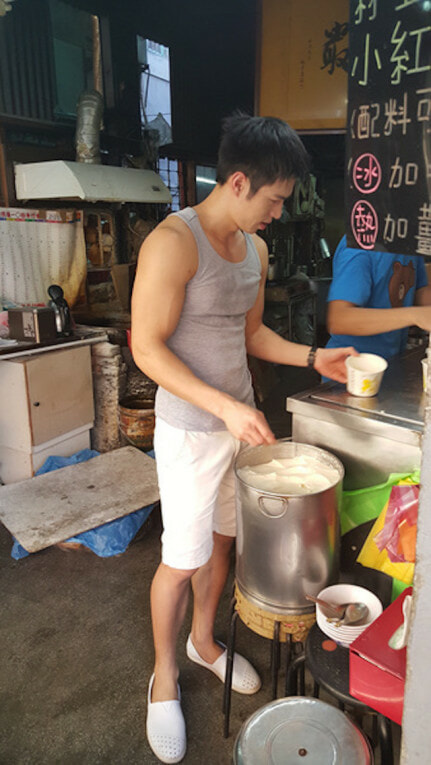 Check out this hot Durian Vendor too! Is he hotter than these? 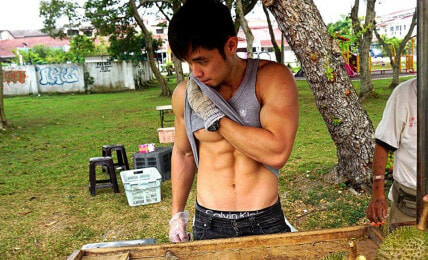