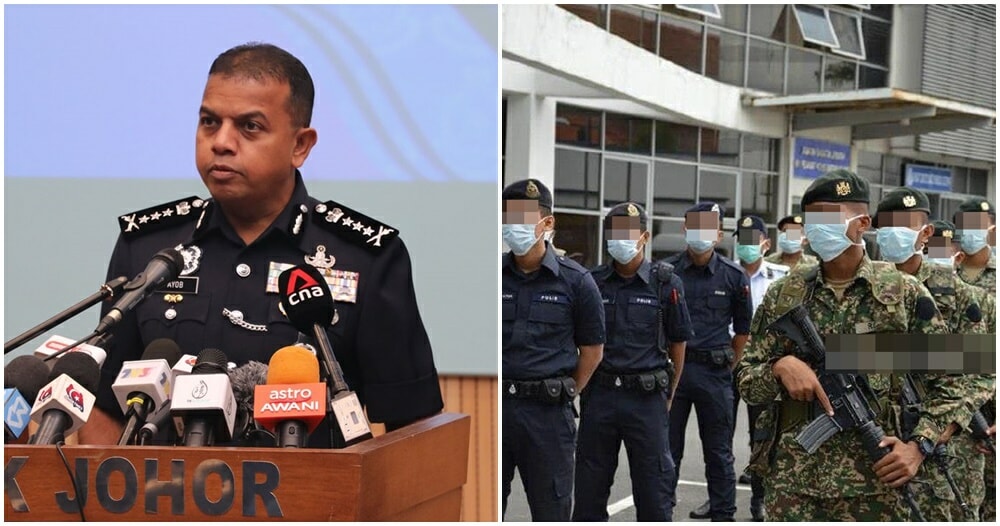 As many as 18 PDRM officers and army personnel have been arrested on suspicion of being linked to the smuggling of illegal immigrants (PATI) into the country. 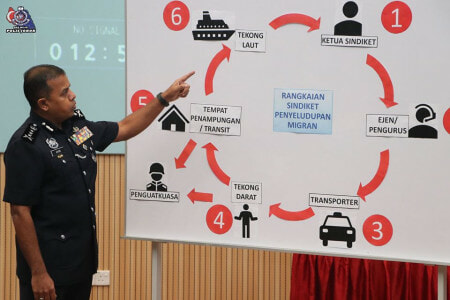 According to Johor police chief, Datuk Ayob Khan Mydin Pitchay, five members of the Malaysian Armed Forces (ATM) and 13 members of the PDRM force are currently being investigated.

“The ATM suspects consist of two officers and three personnel from other rankings whereas the PDRM suspects consist of one Assistant Superintendent of Police (ASP) and 12 lower-ranking officers,” said the police chief, as recorded by a media statement on their Facebook.

The ASP official was arrested immediately at the District Police Headquarters in Johor, said Chief Ayob while adding that the suspects arrested were all aged between 24 to 41 years old. As investigations are still underway for how these officials were involved in trafficking syndicates to Malaysian waters, Chief Ayob confirms that they will not tolerate or protect the officers if they are found guilty. All suspects will be subjected to legal action if their involvement is discovered to be true. 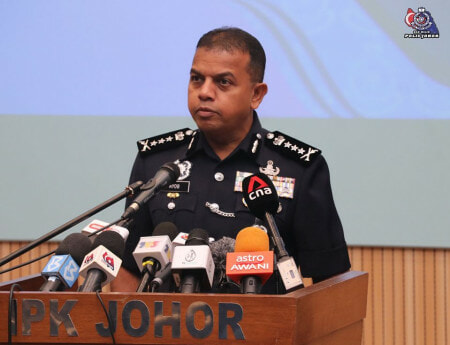 The detained officers were arrested for investigation under Section 130V and Section 130ZB of the Criminal Procedure Code VIB, the Penal Code with investigative procedures under Security Offenses (Special Measures) Act 2012.

Truly, a turn of events. What do you guys think about this?