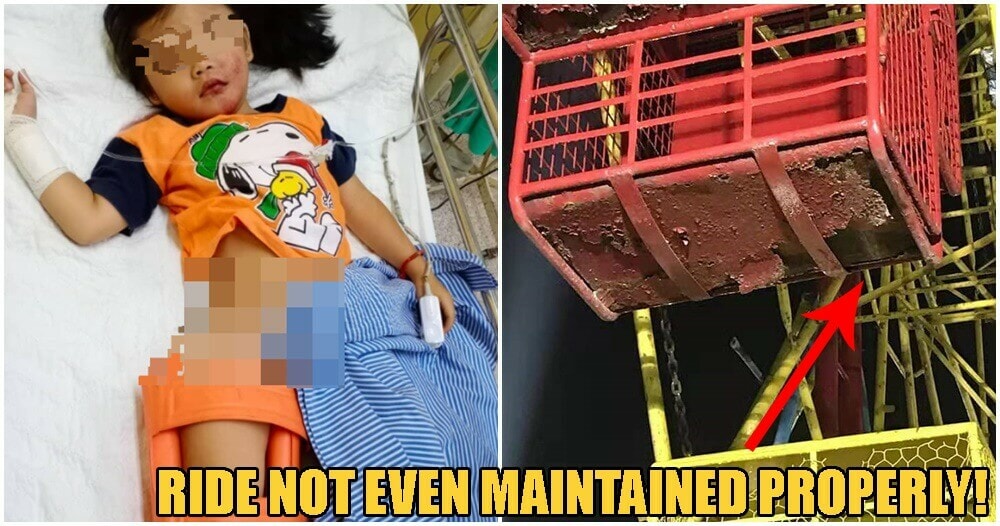 This is the nightmare we’ve all imagined when going to a funfair.

A 4-year-old girl fell from the height of two storeys yesterday when she was left in the carriage of a Ferris wheel unattended at a funfair in Hutan Melintang, Perak.

According to Sin Chew Daily, the little girl who was known as Zou Leying, excitedly got into the carriage of the Ferris wheel and the ride started operating even though the door of her carriage wasn’t closed! 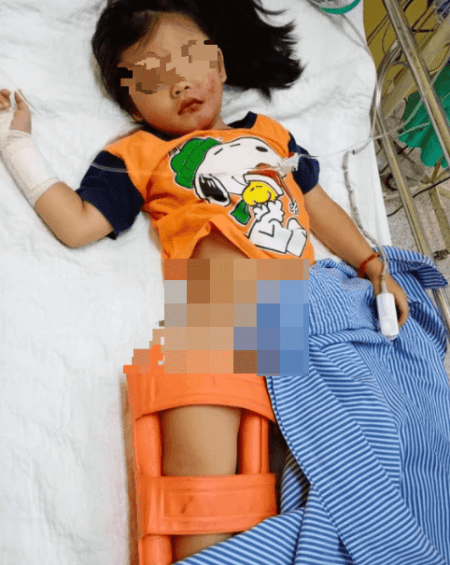 Her mother, who goes by the name of Chen Qiumei, reportedly didn’t board the carriage in time so the girl was left in the compartment alone. When the Ferris wheel reached its peak, the door of the compartment flew open as the ride was already in motion.

The poor girl then fell from the height of two storeys down to her parents who helplessly watched from the ground. NST reports that the girl’s 26-year-old uncle was also there to witness the catastrophic incident:

“The Ferris wheel stopped moving but my niece was already halfway through the rotation. She fell before the wheel could be lowered.”

He went on to say that several other funfair visitors who saw the incident tried but failed to catch the girl when she fell, which resulted in her suffering from a broken leg, along with injuries to her face and wrist. 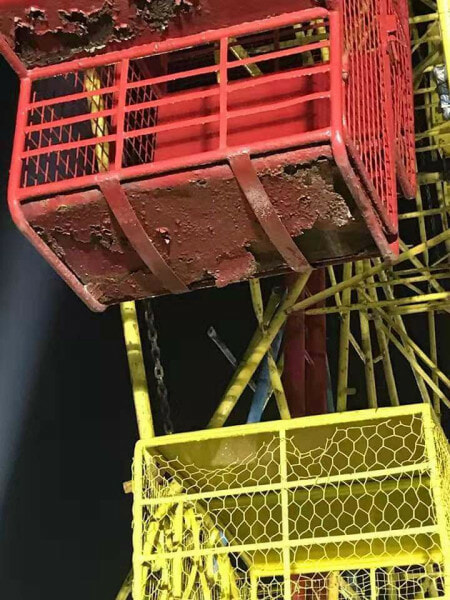 The manager of the amusement park has since released a statement saying that the employees who were in charge of operating the ride tried to use the Ferris wheel brake when they saw the girl on the ride alone but it wasn’t working as the controls were already quite old and rusty.

Qiumei says that she has reported the incident to the police who will take action against the amusement park management for not maintaining the quality of their rides. When she saw her daughter on the ground, Qiumei says she panicked. 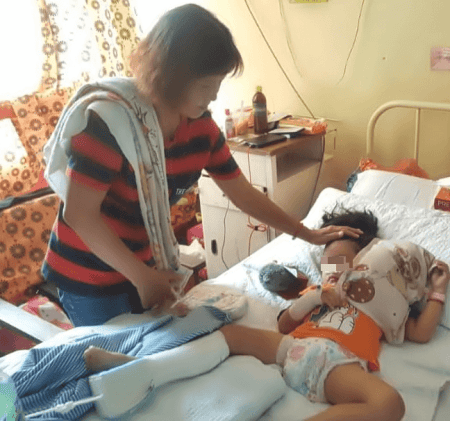 “We immediately called the clinic. I didn’t expect the clinic to say that there were no doctors or ambulances. So we had to drive. My husband had to drive because I couldn’t do it. I held Leying until we reached the hospital.”

Thankfully, she’s still alive. Parents, do keep a watchful eye on your children when you’re in amusement parks. If the rides don’t look safe, it’s better not to take the risk.

Also read: [Video] Couple Seen Having a ‘Different’ Kind of Ride Inside a Singapore Ferris Wheel 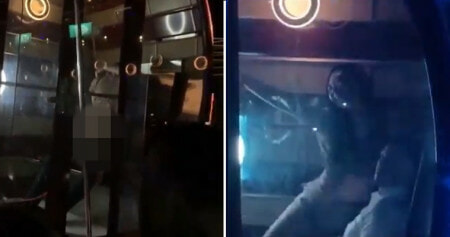