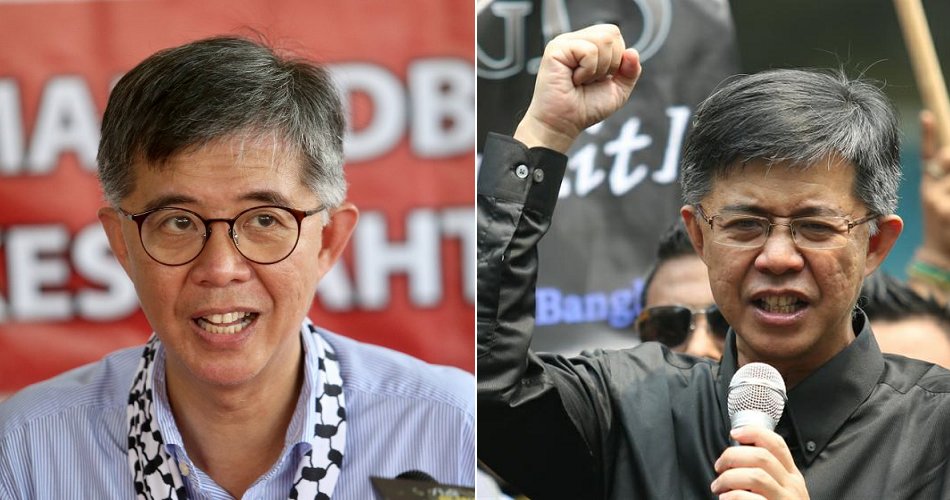 On Saturday (28 April 2018), the Election Commission (EC) disqualified Pakatan Keadilan Rakyat’s (PKR) candidate, Chua Tian Chang, because of a RM2,000 fine he received in March for “outraging the modesty of a police officer on duty”. Therefore, he can’t contest for the Batu, Selangor federal seat this GE14. Awh, that’s a pity! 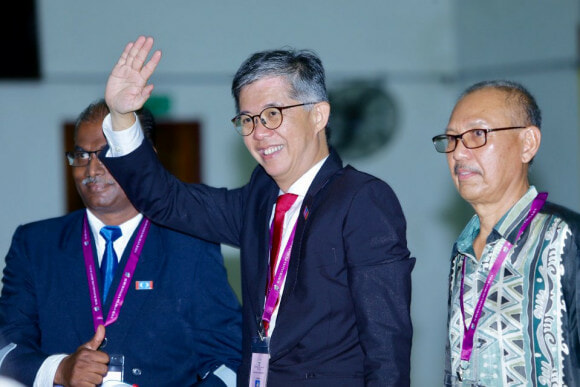 This shocking decision caught the nation off-guard as many people, especially politics and legal experts, started debating over the issue. Many of them either questioned or defended the EC’s decision to disqualify Tian Chua, who had previously won the Batu federal seat twice in 2008 and 2013 respectively.

Thus, coming up with solid arguments to defend their stand, below are the two major sides of the debate:

1. The ruling is “unacceptable” 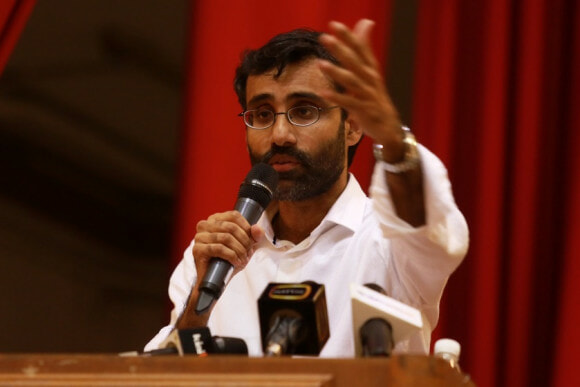 “Tian Chua’s disqualification as Batu candidate is unlawful and outrageous.”

“The returning officer purported to disqualify Tian on grounds of a conviction under Section 509 of Penal Code which carried a RM2,000 fine.”

“The disqualification this morning (28 April 2018) is unlawful, unconstitutional and liable to be set aside by the court.”

“Article 48(1)(e) of the federal constitution provides that disqualification occurs when the punishment is ‘a fine not less than two thousand ringgit’.” 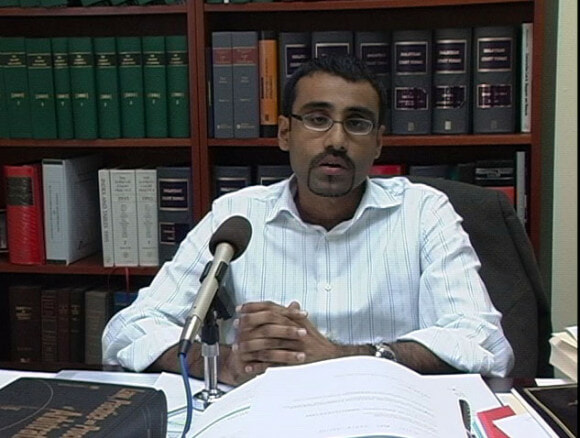 “It is settled law that this means that the fine must be more than two thousand ringgit for the disqualification to operate. There are various legal authorities confirming this including the Supreme Court in PP v Leong Yin Ming (1993). In another written judgment involving Tian Chua himself in 2010, the KL High Court made a similar ruling.”

“In the case relied on this morning by EC to disqualify Tian, Justice AB Karim of the Shah Alam High Court had on 2/3/2018 reduced his punishment to RM2,000. Hence, the law says he was qualified to contest!”

“It is shocking and incomprehensible that the EC’s officers were ignorant of the above legal authorities. The disqualification is unacceptable, and is a taint upon the electoral process in the Batu constituency.”

This means that Tian Chua’s punishment was actually reduced, which in turn qualifies him to contest for GE14. Looks like the EC didn’t get the memo!

2. The judgement is correct

Quoting the words of famed criminal lawyer, the late Karpal Singh from eight years ago;

“If Chua had been fined ‘not less than’ RM2,000, he stands disqualified according to Article 48 of the constitution.” 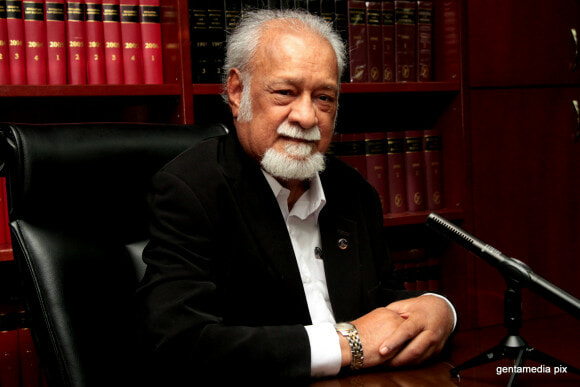 He also explained that it’s entirely up to the RO if he wanted to seek advice from the attorney-general (A-G). He said that if the matter is complex, then an A-G’s consultation may be required, even if it may not be necessary.

“Let the election court decide, that is the only remedy available now,” Akbardin added.

On the other hand, lawyer, Datuk Mohd Hafarizam Harun said that the RO interpreted “not less than RM2,000” law as “if it is RM2,000 and above, you are not eligible to contest”.

Besides, similar to Akbardin, Hafarizam also feels that the RO is not obligated to get legal advice. He further explained that the court’s ruling to reduce the fine from RM3,000 to RM2,000 was to ensure he doesn’t get disqualified from Dewan Rakyat.

Hmm… how’s that different from a seat in a parliament?

It’s undeniable that both arguments are equally strong but the EC’s decision will not be retracted anytime soon. Nonetheless, there’s always an escape clause, as many experts had given possible ways for Tian Chua to still get hold of the Batu federal seat. Hence, the ways suggested by the experts are;

According to Malaysian Bar president, George Varughese, Tian Chua could get an authoritative order to stop the elections, reported the Malay Mail. Yep, you read that right! However, he must do this before the election. 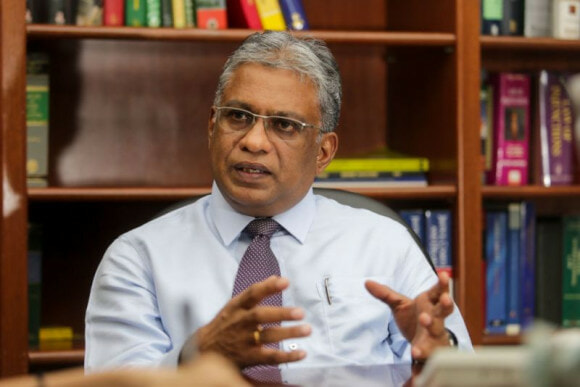 “If Tian Chua institutes a legal challenge in respect of the EC’s decision to disqualify him before GE14, he could seek for an injunction to stop the elections of the Batu parliament seat,” said George.

On top of that, Surendra Ananth, the Malaysian Bar constitutional law committee co-chairman, explained that now is the best time to seek an injunction instead of applying for an election petition, which will only take effect after 9 May 2018.

Seems like a good suggestion but he has to do it asap!

2. Apply for a mandamus order

A Mandamus order is a written command (writ) from the court that requires the responding agency (inferior government official) to execute whatever duties written on the writ or to “correct an abuse of discretion”. It’s somewhat like the writ below:

Hence, Surendra said that Tian Chua can also apply for a mandamus order. This is because if he gets it, the EC will have no choice but to register him as a candidate.

That’s one way out!

By-elections are special elections that take place when someone from the Parliament dies, resigns or leaves for some unavoidable reason. 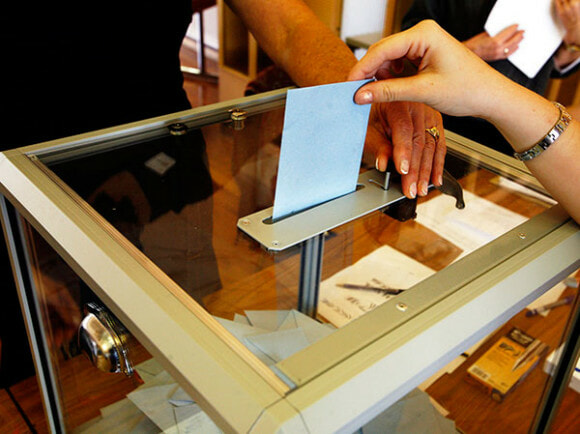 Thus, George shared that Tian Chua can choose to lay low for now and fight for the seat after the election. Hypothetically speaking, if this move works, he could actually trigger a by-election, where he could stand as a candidate again.

That said, his defending arguments MUST be strong enough to convince the court to have this special election.

To simply put it, he needs to convince the court that the electoral process is tainted.

All in all, Tian Chua has a way out of this predicament but he either needs to act quickly or wait until it’s the right time to present his case. Thus, we hope that he thinks it through and acts accordingly!

On a side note, what do you think of the EC’s decision? Do you think it’s fair? Let us know in the comments below! 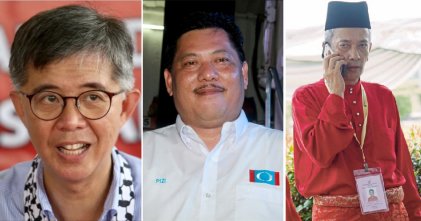