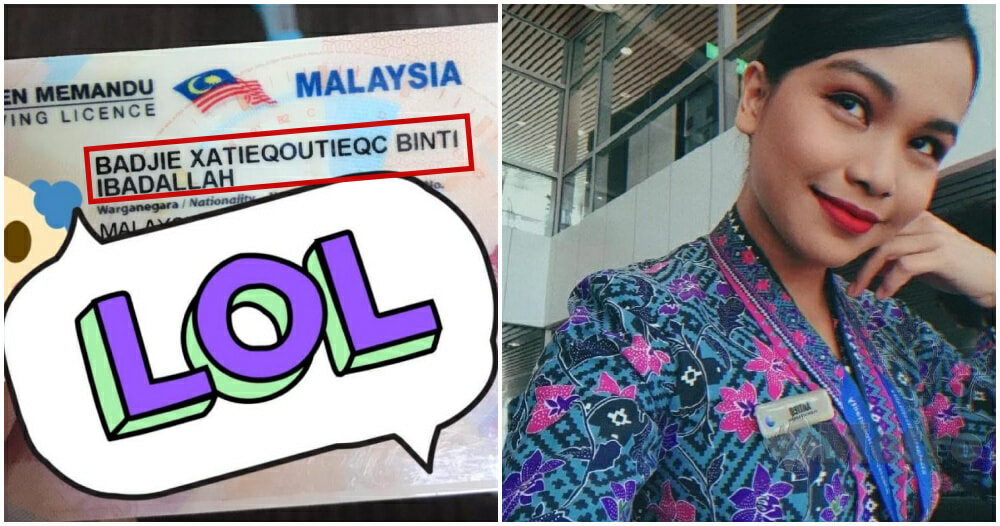 A 28-year-old woman recently went viral on Twitter after her friend shared a photo of her driver’s license displaying her unique name, Badjie Xatieqoutieqc Ibadallah.

According to Harian Metro, her friend was shocked to find out her real name as, throughout their friendship, the woman said she wanted to be referred to as ‘Belle’ which her friend assumed was short for ‘Nabila’.

Badjie Xatieqoutieqc, who is also a former air stewardess of Malaysian Airlines, explained that besides people finding it difficult to pronounce her name, many would also bombard her with a bunch of questions in regards to the origin of her name. 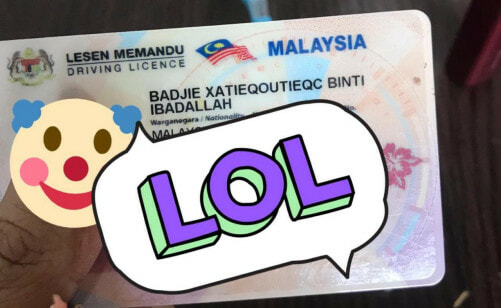 “It was hard to grow up with this name because it was often ridiculed but over time I learned to accept and love it,” Badjie Xatieqoutieqc Ibadallah said.

Her unique name was given to her by her father,  Ibadallah Kandar, 62, who also named her seven siblings with the name beginning with ‘Badjie X …’.

She explained that the name ‘Badjie’ is a combination of both her parent’s names. 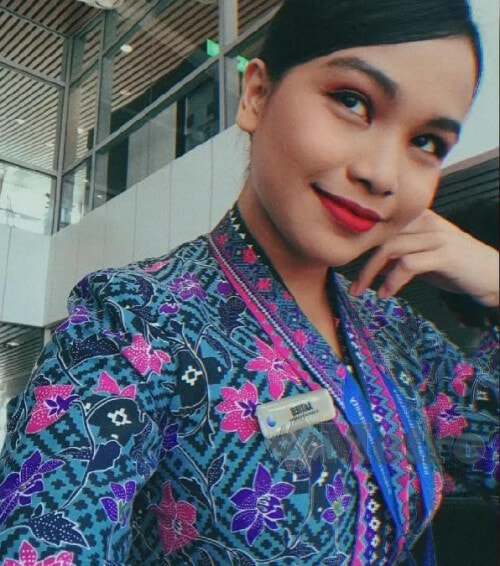 “The name‘ Badjie ’is a combination of my parents’ second name as a replacement for the name ‘Raden’ which was once inherited from our ancestors (Javanese Sundanese).”

“It sounds strange, but that is the stance of my father who has a unique taste in choosing the names of his children to be different from the others,” she told Harian Metro.

She added that the names of his seven siblings, if read correctly, actually mean devotion to Allah. 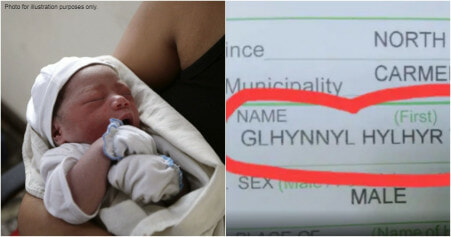