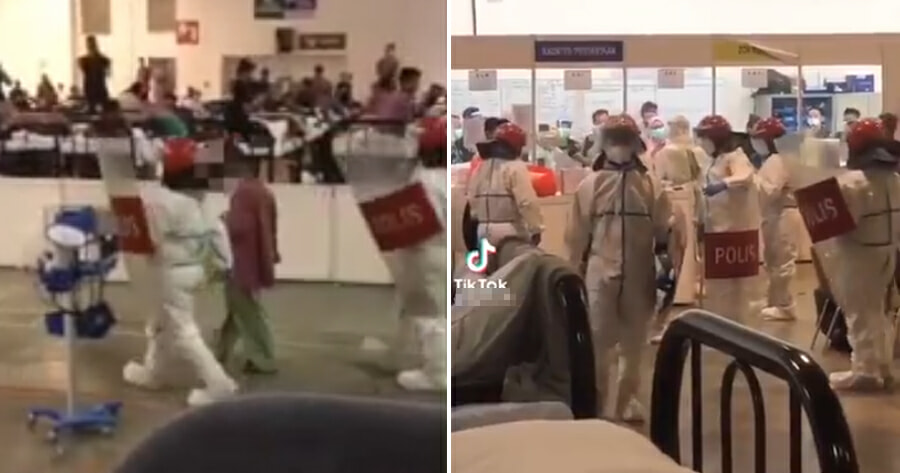 Two Covid-19 patients under quarantine at the Malaysian Agricultural Expo Park (MAEPS), Serdang were arrested after they were suspected of stealing four mobile phones belonging to other patients.

According to Berita Harian, the incident happened at about 10.30pm yesterday (10 February), when a medical officer in one of the halls heard some commotion among the patients.

Following that, the officer and a medical staff activated ‘code orange’ by asking help from the policemen on duty to handle the situation. The police officers can be seen clad in full personal protective equipment (PPE) suits while escorting the suspects out of the hall. 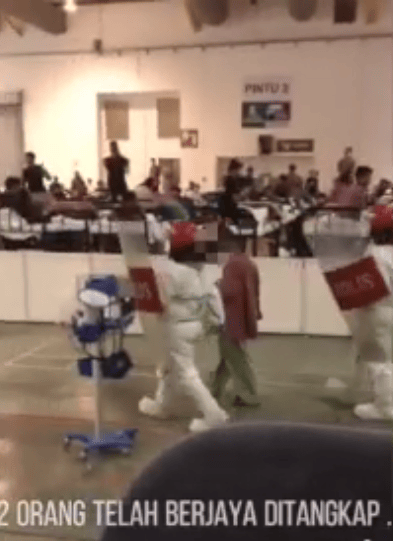 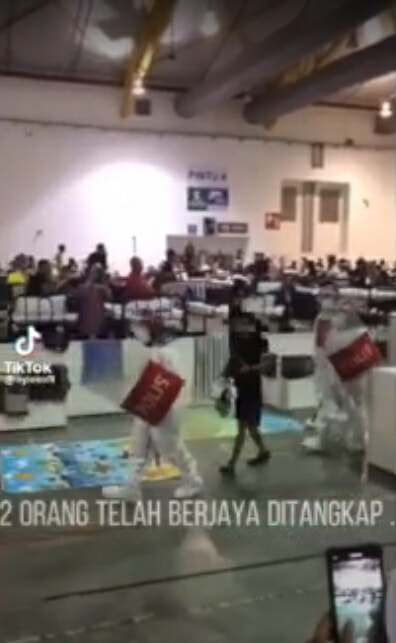 Sepang District Police Chief, Assistant Commissioner Wan Kamarul Azran Wan Yusoff, said that the results of the investigation found that there was a case of theft among the patients at the quarantine centre.

“In the incident, several patients restrained two men, aged 24 and 40, who were also patients in the same quarantine hall on suspicion of being involved in a mobile phone theft case,” he said.

“Medical officers also found four mobile phones that were suspected of being stolen.”

Wan Kamarul Azran added that the two suspects have since been transferred to another hall for security purposes.

“Both of them will be detained by the police as soon as they are released from the quarantine centre.” 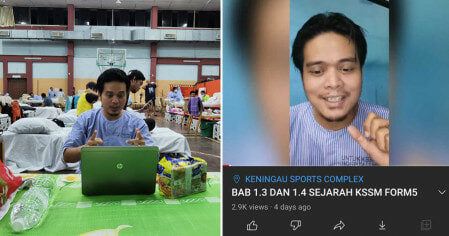