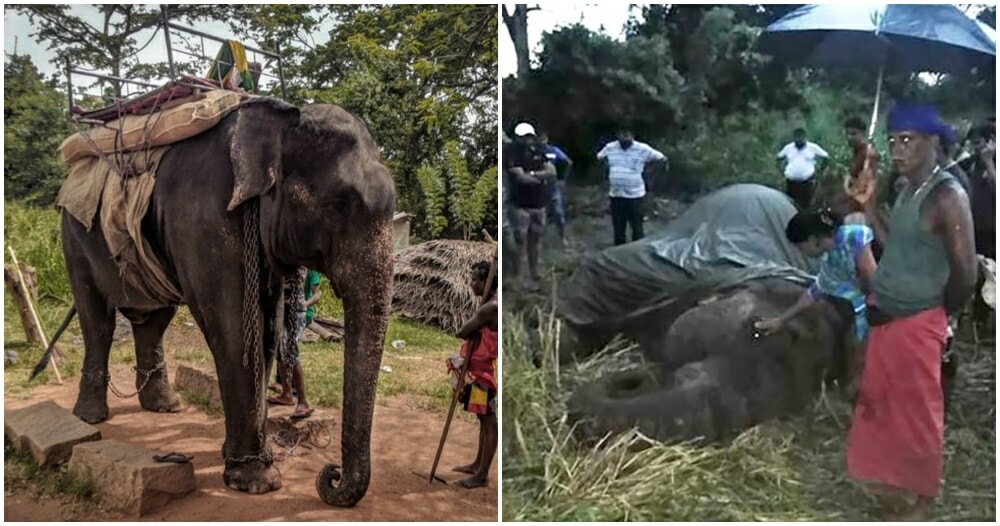 In the wild, Asian elephants live to an average age of 60. This poor creature’s life was stripped away from him against his will. What has humanity become?

A teenage elephant, named Kanakota, died on 31st October from exhaustion after being forced to give tourists back-to-back rides under the strain of the relentless Sri Lankan heat. 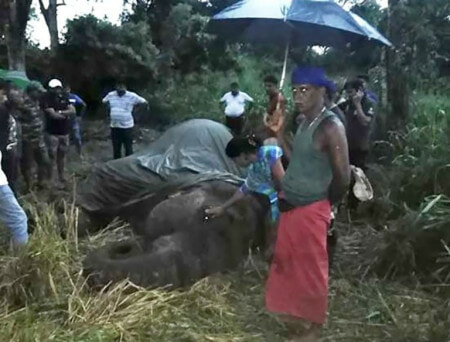 According to India Times, the 18-year-old elephant gave three consecutive rides to tourists a day after it was made to walk in a parade. The innocent animal collapsed from exhaustion after the final ride and sadly, never woke up.

For the last four years of his short and miserable life, Kanakota was forced to take tourists on an hour-long journey up the ancient rock fortress along the busy streets of Sigirya, Sri Lanka. The tortured elephant had to walk with his legs shackled while carrying a heavy, painful seat on his back. 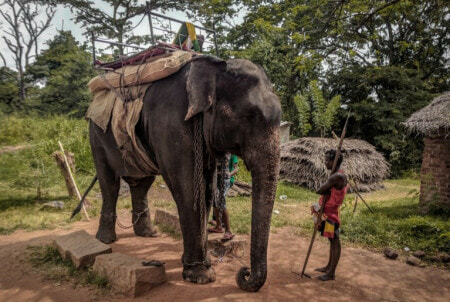 The poor creature would be under the constant threat of a sharp bull hook, a spear-like weapon used to control wild animals, if he disobeyed his human masters.

While Kanakota’s death comes as heartbreaking news, he isn’t the first elephant who’s had to endure these suffering circumstances.

Just two months ago, the world mourned the death of 70-year-old elephant, Tikiri, who was forced to walk through a parade despite being old and weak. 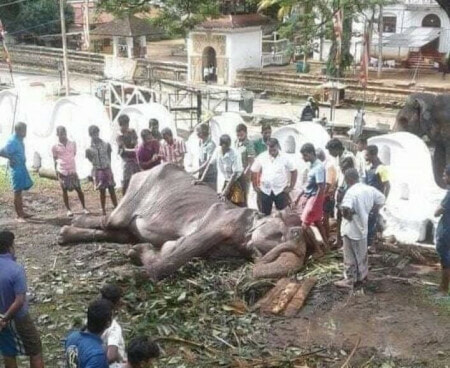 The sad truth is that most of these elephants have the soles of their feet worn down from being chained and being forced to walk rough roads. Families or couples that sit on their backs in a seat cause spinal damage to the elephants.

What’s tragic about this incident is that it was “entirely preventable”, said animal activist, Paul Healey to Metro.

“Until tourists refuse to ride elephants, more of these gentle giants will continue to suffer and collapse from exhaustion.” 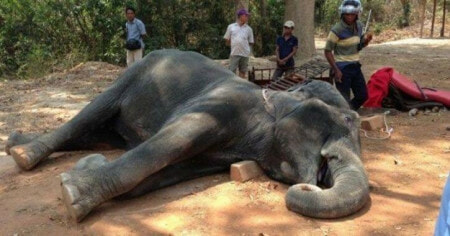 “We urge tourists to never ride an elephant, and call on the Sri Lankan government to instate a new Animal Welfare Bill that will finally offer protection to the country’s amazing array of animals and wildlife.”

“Elephants are wild animals and unfortunately many tourists are unaware of the cruel “training” to make elephants submissive enough for people to ride on them and the conditions that many elephants held in captivity suffer every day.” 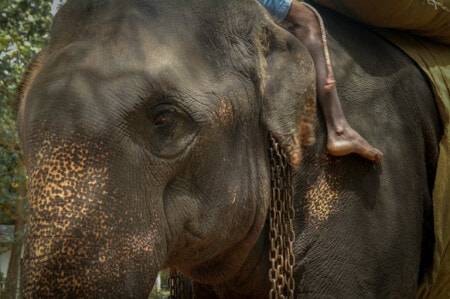 RIP, Kanakota. How many more elephants have to die before we wake up and realise that this is a problem?

Also read: Tikiri, the 70yo Weak & Malnourished Elephant Dies After Slavery Takes a Toll on Her Health 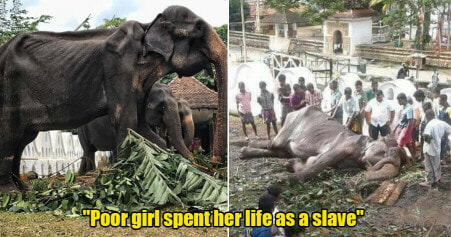