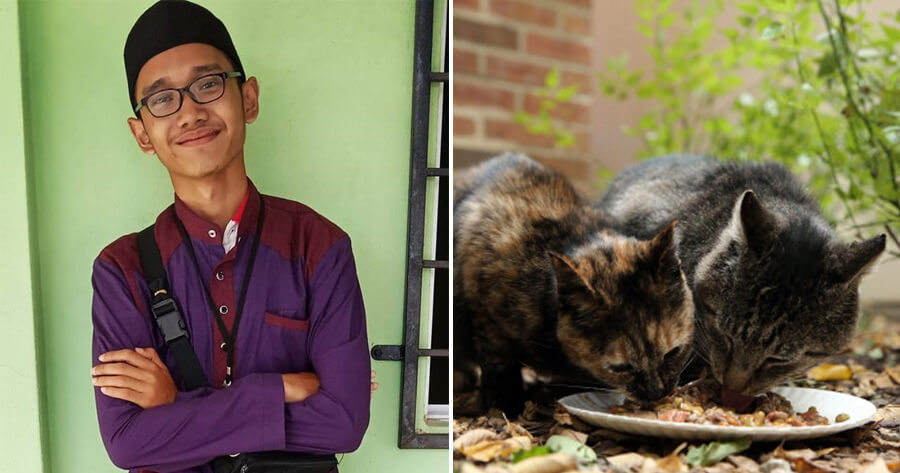 Many of us animal lovers find it hard to restrain ourselves from feeding stray animals and often share our food with the poor creatures who come to our tables to beg for a bone or two. However, this kind, everyday gesture isn’t just a one-off thing for this guy. In fact, he made it a daily routine to feed all the stray cats in his village.

According to NST, Ahmad Razin Sapri has been feeding stray cats with his father in their village ever since he was a little boy. Now 17 years old, he makes his rounds near his kampung in Bachok every day after school and during the weekends, giving food to the stray felines. 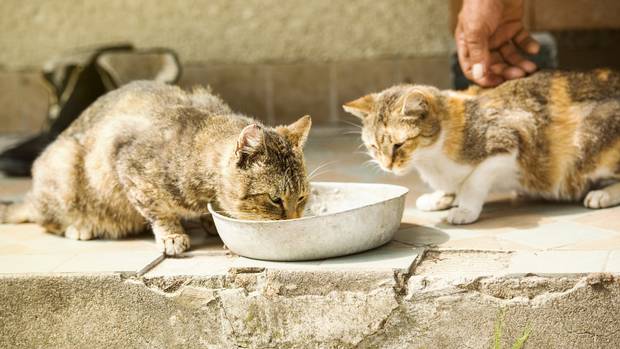 Unfortunately, one of these trips ended fatally as Razin met with an accident while he was on his way to feed the stray cats at Bachok’s Irama Beach on Wednesday (8th May).

It was 7.30am when the Form Five student from Maahad Yaakubiah Nipah was on his motorcycle, on the way from his home in Kampung Nakhoda Saamah to the beach when he crashed into a fence after losing control of his vehicle, according to his uncle, Nasrul Mohamed.

“Razin had asked his father’s permission to go to the beach that morning. He had just bought cat food from a nearby sundry shop when the incident occurred,” said the 43-year-old lawyer. 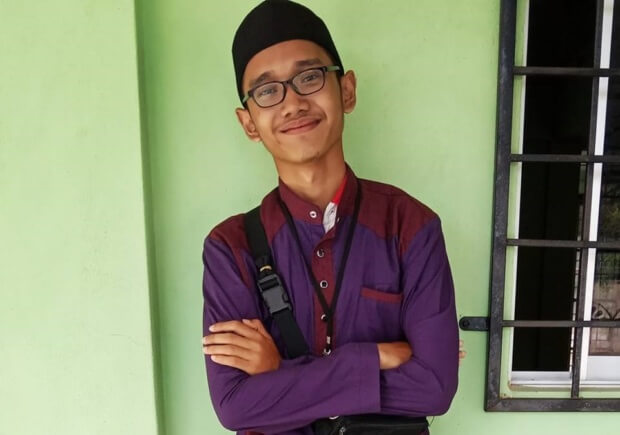 Razin’s body was found by other motorists surrounded with cat food, and he was immediately rushed to the hospital by members of the public. Due to his grevious injuries, he went into a coma and died the next day at the Universiti Sains Malaysia Hospital in Kubang Kerian at about 2.45am.

Razin was then laid to rest at the Kampung Nakhoda Saamah cemetery, where over 50 of his family members, relatives, friends and classmates gathered to pay their last respects.

Thank you Razin for your kindness towards the stray cats in your kampung. I’m sure even the cats will remember you for your kind deeds.

Also read: This Malay Man Spends Over Half His Salary to Feed Stray Dogs And Cats 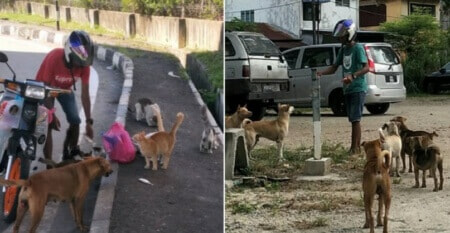