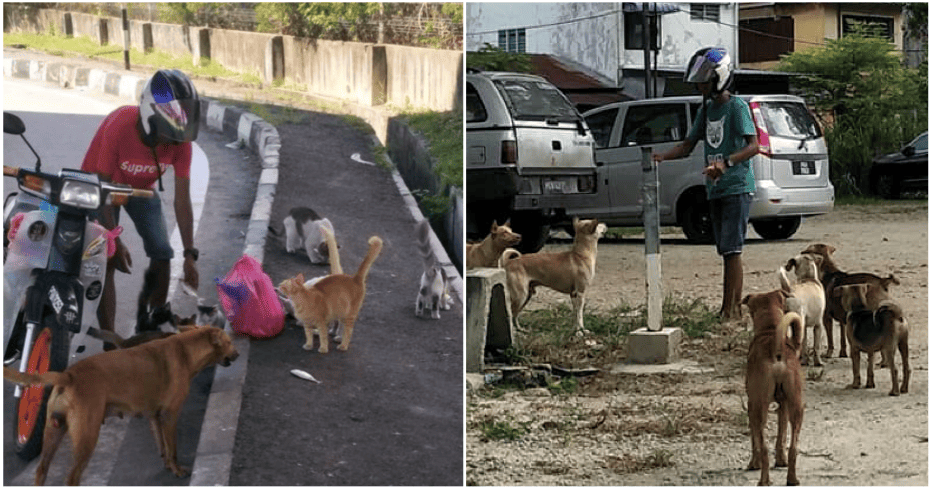 Those who are passionate about animals would not think twice about sacrificing their own time and money to make sure they’re being taken care of. 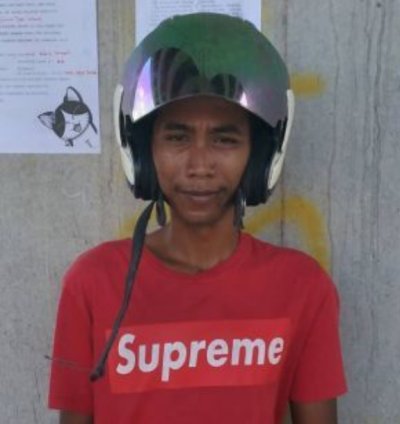 Azman Ali shared on Facebook about a man who works two jobs; a parking attendant and a cleaner. The thing is, he would spend more than half of his salary to feed stray cats and dogs around Bukit Mertajam, Penang, without hoping for any rewards at all.

The man, known as Anfalazie Anuar or Ann, feeds stray animals twice a day. The cats and dogs would wait for him to feed them no matter the weather. And Ann has been feeding them for more than 10 years! 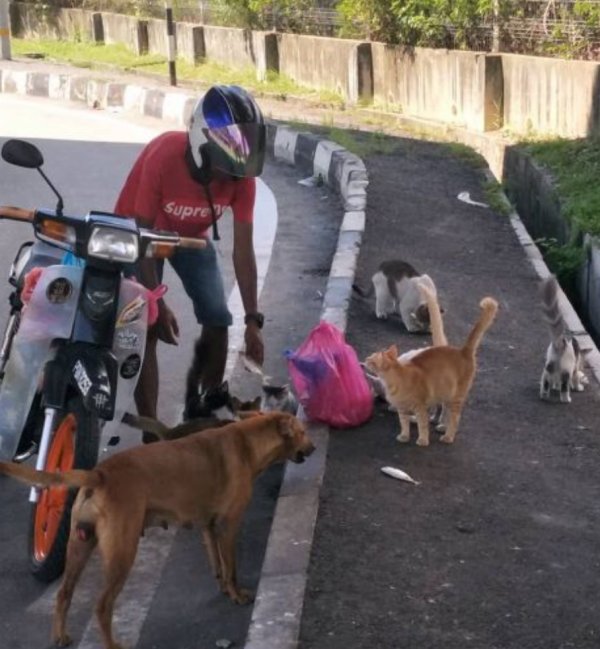 As reported on mStar, Ann only receives RM850 for his cleaning job and RM30 a day for his parking attendant job. But the cost to feed the strays is a hefty RM50 a day.

Ann explained that the RM30 from his second job would be fully spent on the strays but it’s not enough as he would take the remaining RM20 needed to feed the strays from his pay as a cleaner.

At the end of the day, he could only afford to eat rice with fried rice and kicap. But he says it’s alright, he adds,

“I am thankful for what I have now. It is enough for me to be alive, to be able to spend time with my family and to feed the cats and dogs.” 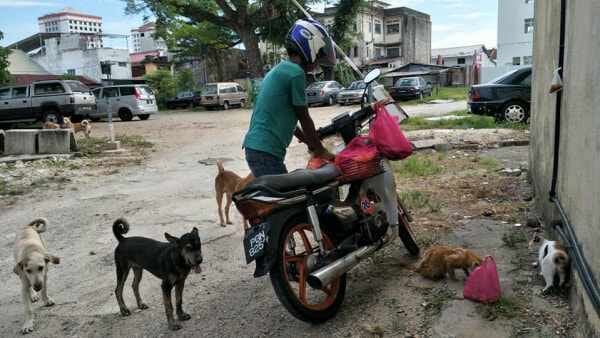 Even if he’s not feeling well, Ann said he would still go and feed the cats and dogs because it would make him feel better.

If you are by any chance in the Bukit Mertajam area and you meet Ann or the strays, please consider helping in any way you can.

There has to be someone to take care of the dogs but it shouldn’t just be one man but the responsibility of everyone.

Also read: A Malay Woman Shares About How Her Late Dad Loved a Stray Dog So Much 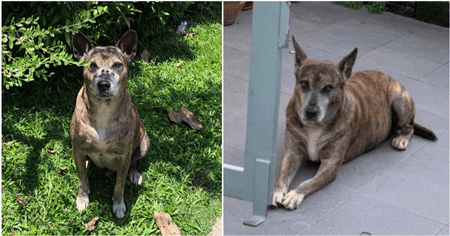