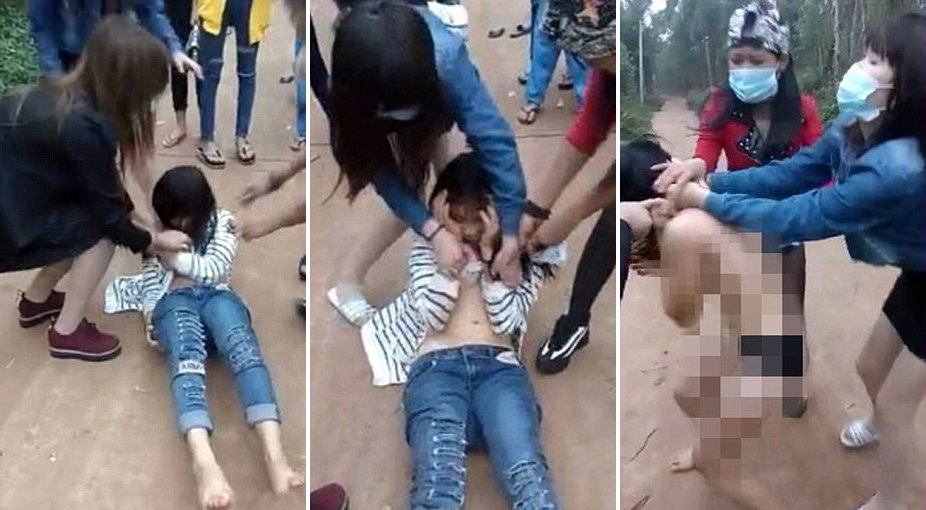 A video surfaced online showing a 15 year old girl being slapped and kicked by a group and teen bullies. These bullies went to the extent of even stripping her clothes off.

The incident occurred in Lingao, Hainan Province, China and the video was thought to be shot by a passerby. 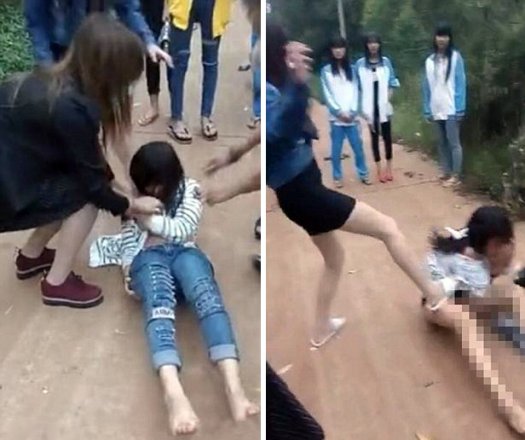 The video shows the gang of girls, all of whom are unidentified, beating the one teenager by violently kicking and slapping her.

They then start to strip her of her clothes.

The girl tries to run away along the rural road but the gang chased her and caught up with her. Then they kicked and slapped the lone victim again. 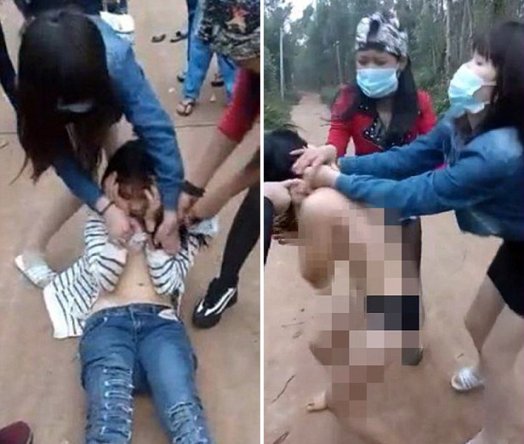 The video triggered outrage for both the teen bullies and passerbys. Many criticized how the person who filmed the video and a few school girls did not intervene on the terrible beating. In addition to not trying to stop the fight, filming the beating and stripping of the teenage girl and then releasing it to the internet made the situation even more dire for the victim.

A Facebook user Yunlei Gao commented, “Chinese overseas students did the same thing in the USA and they ended up being put in jail from two to eight years. Why do we not do the same thing to these rude and shameless teenagers in our country?”

The video garnered over 4 million views since it was first uploaded on 17 January and raised awareness for the rampant teen bullying. A study by China Youth Research Center in 2015 showed that out of 5,864 respondents in 10 provinces, 32.5 per cent said they had been bullied.

Here’s the video shot of the terrible incident: