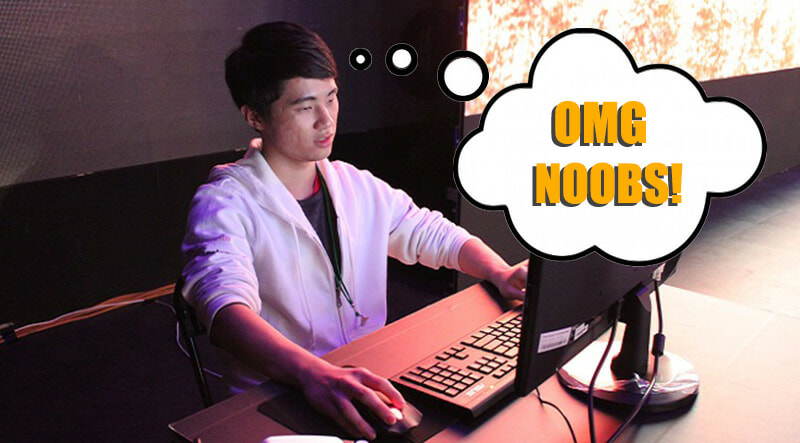 Followed by a whole lot of cursing.

2. The same goes for game crashes

Especially progressive games that you haven’t managed to save.

3. Gaming teleports you to the future because there’s no grasp on time

What? It’s the next morning already?

4. Many times you don’t even realize you’re hungry

5. 50% of your mamak sessions are dedicated to talking about games

6.Whether it’s PC or console, your fingers move on their own

7. When you’re playing a serious game, this is practically how you feel like

It’s a dangerous battle between your heart and your wallet

9. Having never-ending backlog of games

which is the result of you mass buying games during steam sale then not being able to finish or even start them.

10. You probably secretly feel this way

11. Watching someone pretend that they play a game you play

and maybe brag how good they are at it when you know they really aren’t.

The hurt is twice as painful during second playthroughs.

13. When there’s a female player in game

Whether it’s a level, round, side quest or mission, there WILL always be one more. Hence intending to sleep at 11 pm would lead up to 3 am instead.

15. When the noobs call you a noob

Do you even play bro?

No point arguing back because nothing can get through that brain of theirs. So we just sit back and make sure they are so badly defeated that their own mom also cannot recognise them.