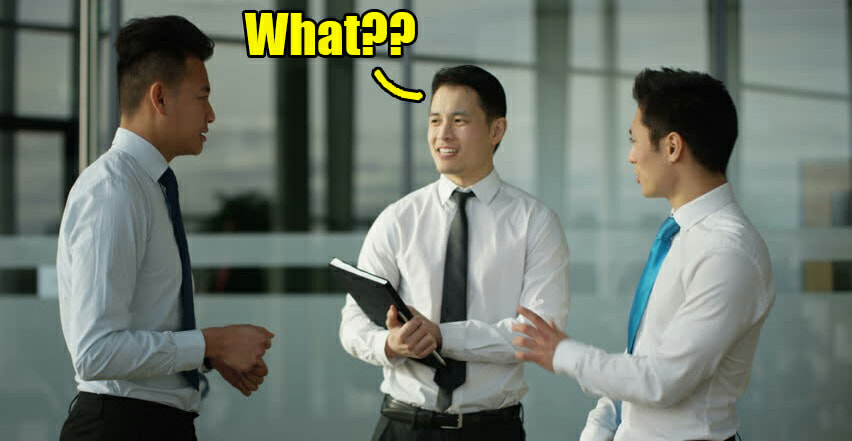 There are many judgemental people in this world with a lot of things to say but more often than not, they say those things without actually using their brains.

Yes, everyone has their own set of opinions but sometimes, it is just better to not show off your stupidity in front of others.

Well, business majors often get a lot of flak just because they choose to study a very ‘common’ course. Let’s see if any of you have ever been guilty of saying these phrases before.

1. Are you going to take over a family business?

Many people assume that business majors come from rich families who are running their own business and that they will eventually be taking over the company.

Well, obviously this isn’t the case for everyone because there are huge numbers of business majors out there but their parents aren’t business persons. Just don’t assume lah…

2. So you plan on starting your own business?

Why, yes. In fact, every business major in this world has got one goal in common, which is to start their own business empire and ultimately take over the world.

Smh, if you couldn’t sense the sarcasm there then you’re just too dense.

3. Are you out to cheat people’s money?

One 25-year-old business major, Bryan shares how he was once regarded as a swindler just for studying this course.

He said, “I was talking to my secondary schoolmate’s father when I met them after a long while. When I said that I was studying business, he immediately scolded me for being a conman, and then went on to nag about how all businessmen are con artists.”

4. You weren’t sure what to study, so you chose business, right?

Some people do have trouble making decisions, but choosing the business life isn’t a last resort. More often than not, studying business is their first choice.

6. What are you going to work as in the future?

Since business is such a wide field, graduates can go into almost any kind of industry. Honestly, some of them aren’t too sure yet what they want to work as either, but they know that it will be related to their major of course.

7. Are you planning to climb the corporate ladder?

There’s a myth that corporate ladders in Malaysia cannot be climbed. Well, it is tough seeing as the people here tend to play on nepotism but working hard and showcasing your worth will definitely get you noticed, and more importantly, somewhere.

Plus, it isn’t even as bad as how some people see corporate climbers. Instead, they are ambitious, driven, and definitely hardworking.

8. There are so many other courses you could have taken

Yes, some people think that there are different courses we could have gone into, but you know what, they chose business in the end and it’s what they continued studying.

Sometimes, it’s just easier to agree with ignorant people though…

9. When will you be doing your masters?

10. What can you actually work as after you graduate?

11. There are so many business majors these days, the competition is cut-throat

12. What skills can you actually learn from this course?

A lot. Business isn’t just about running a business itself. There are many different aspects in a business that they will be able to learn.

Of course, that is merely your own opinion and it isn’t necessarily true.

14. Anyone can study business; why don’t you study a tougher course?

15. If your degree is local, then it’s useless…

There’s also the typical stereotype that government university students won’t be able to get far in their career. However, the ‘source’ of their degree isn’t as important as one’s skill set and work experience.

If you’ve ever caught yourself saying any of these things, you might want to refrain yourself from now on, because trust us, business majors are tired of hearing these phrases time and time again! Like broken record leh. So, be more cautious of what you say, ya!

Also read: 16 Types of Bosses You Will Find in Malaysian Companies 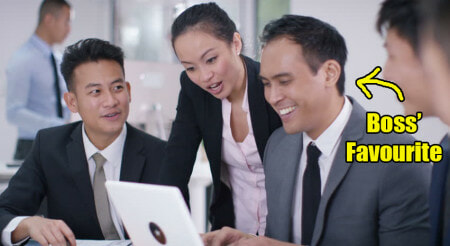