A veterinarian named Fayyaz al-Haddad reportedly clipped the young cub’s claws using wire cutters and shears in an attempt to declaw animal. The young lioness was tranquillised and placed on a table two weeks ago while the vet sewed up a wound on its paw that was bleeding profusely. The vet then clipped its claws further down a few days after that.

This was done so that visitors could play with the lion cub, which is held in captivity at Rafah Zoo. 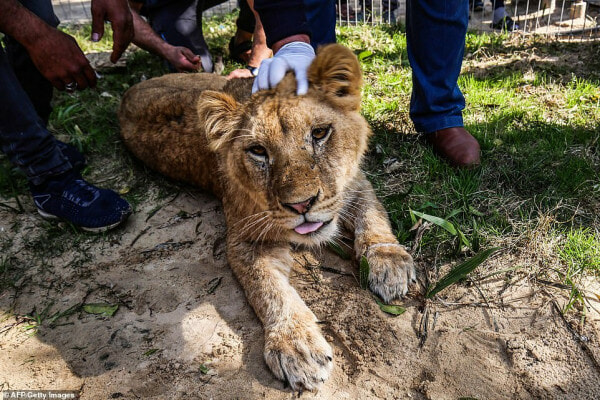 “I’m trying to reduce the aggression of the lioness so it can be friendly with visitors.”

Meanwhile, the veterinarian that performed the declawing procedure told the portal,

“We want to bring smiles and happiness to children while increasing the number of visitors to the park, which suffers from high expenses. (The lioness) does not lose its innate nature (from the declawing).” 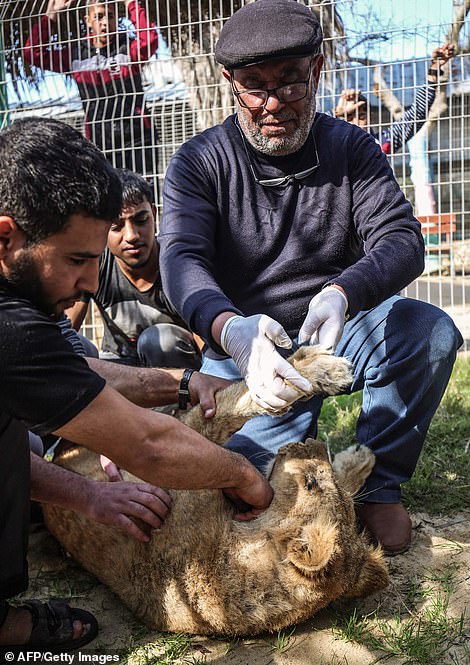 According to the American Society for the Prevention of Cruelty to Animals (ASPCA), declawing involves amputating a feline’s last digital bone, including the nail bed and claw on the front of each toe. This prevents the claws from regrowing. However, the veterinarian who declawed the animal appears to have only done a temporary procedure, as he claims the claws can regrow in 6 months.

An excerpt from the ASPCA’s statement on declawing felines reads,

“Cats’ claws are a vital part of their arsenal for both offence and defence. They use them to capture prey and to settle disputes with or escape from other animals or people who are hurting or threatening them.”

“As part of their daily rituals, cats instinctually pull the claws on their front paws through surfaces that offer resistance. They do this to mark their territory, exercise muscles normally used in hunting, relieve stress and remove worn sheaths from their nails.”

Animal welfare group Four Paws charity also stated that removing claws for big cats such as lions is very agonising to the wild animal, adding that the procedure is like amputating human fingers up to the knuckle. 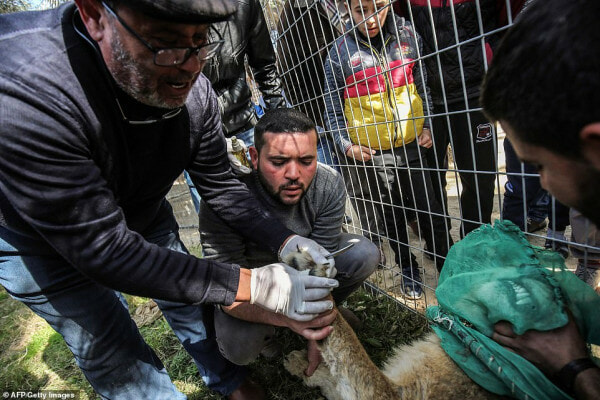 We hope that relevant action is taken against the officials of this zoo and that this poor lion cub is rescued and placed in a better environment. No animal deserves such cruel treatment! 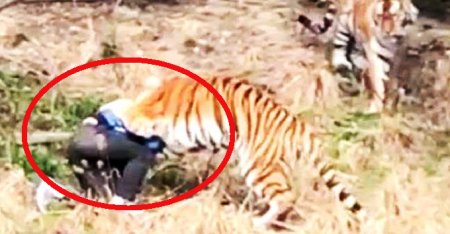