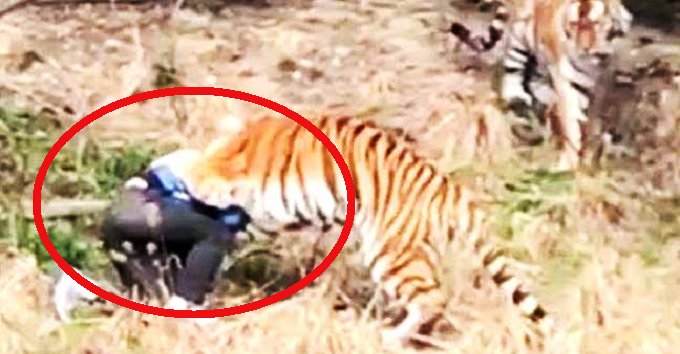 A Chinese man has been mauled to death by a tiger in a zoo after he entered the tiger’s enclosure on Sunday afternoon.

The incident happened at the Ningbo Youngor Zoo in Zhejiang province at about 2.30pm when the man was dragged away by the tiger after he entered the restricted area. According to Zjol.com.cn, he was reportedly teasing the tiger.

In videos that have since gone viral on social media, other zoo visitors exclaimed in horror while they watched helplessly as the tiger repeatedly attack him.

Other tigers can be seen watching as the lone tiger mauls the man. The man tried to escape from the tiger’s clutches but to no avail. An eyewitness said, “I saw the tiger mauling the person, whose face was covered with blood. Every time he sat up, the tiger pushed him down again.” 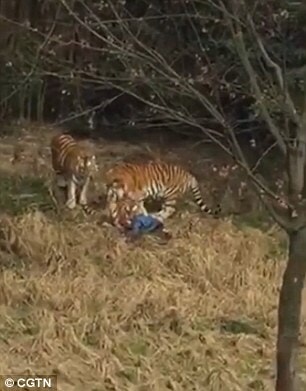 The zoo staff tried to rescue the man with firecrackers and water cannon but it took well over an hour before they could drive the tigers away from the man.

As a result, one of the tigers was shot dead and the visitors were evacuated from the zoo. All because of this irresponsible man! 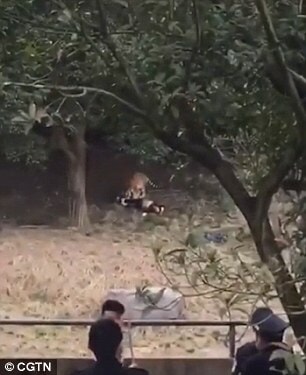 The attacked man was rushed to the hospital but he succumbed to his injuries and was pronounced dead at the hospital. It is unclear how and why the man got inside the tigers’ enclosure but reports said that he was there with his wife and child.

Netizens shook their heads at this incident – How or why did this man even walk into the tigers’ enclosure???

Always remember to keep a safe distance from the animals at the zoo especially when instructed to do so!