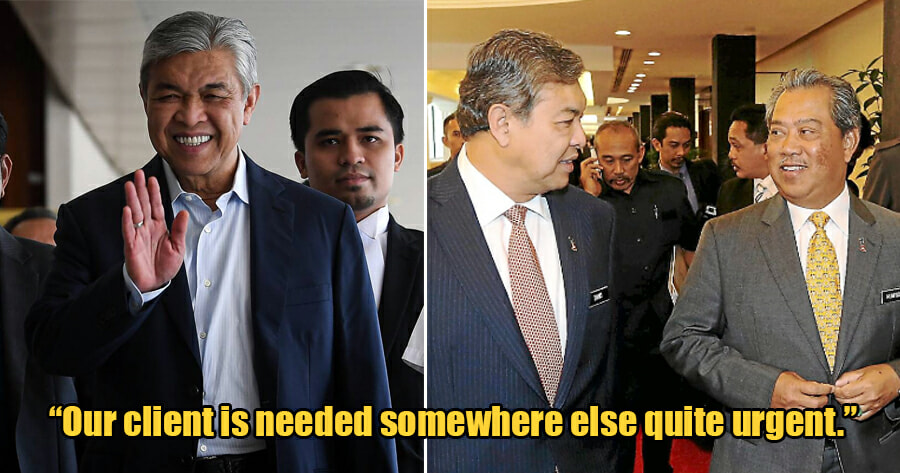 Datuk Seri Ahmad Zahid Hamidi’s corruption trial has been postponed because he needs to be with newly appointed Prime Minister Muhyiddin Yassin to discuss matters concerning the new Cabinet. 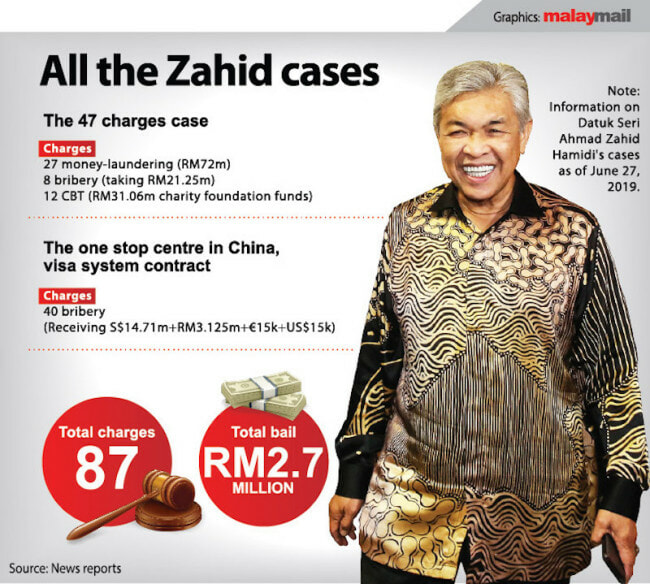 His lawyer, Hamidi Mohd Noh, had requested the High Court to postpone the trial to a later date.

“The defence would like to ask for a short postponement today, for the reason our client is needed somewhere else quite urgent. Client is involved in negotiations in forming the Cabinet, so with that, we ask for today to be postponed,” he told the court.

With the prosecution team and five witnesses ready to testify in court today, Deputy public prosecutor Datuk Raja Rozela Raja Toran asked Zahid’s lawyers to be more specific as to why Zahid needed to be elsewhere instead of at court for the trial.

Zahid’s lead defence lawyer Hisyam Teh Poh Teik then explained that his client will be having discussions with Muhyiddin on the new Cabinet’s formation.

“My instructions, the accused person will be in touch with the prime minister as regards to the formation of Cabinet for today,” he said.

“So on this basis, we ask the court to grant adjournment of this morning’s proceedings.” 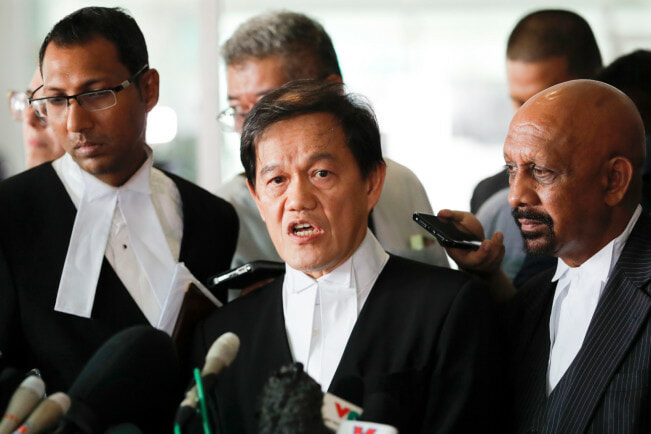 Raja Rozela Raja Toran then said she would leave the matter to the judge’s discretion but also acknowledged the need for Zahid to be involved in such matters.

“I think it’s only fair that the accused person be allowed to get to help in the formation of Cabinet. It is for the sake of the country and we are all involved in some way or other,” she said.

“After considering the reasons given, the application for adjournment of the trial for today is allowed,” he said.

Also read: Muhyiddin At Risk of Contracting Covid-19 After Coming Into Close Contact With Confirmed Patient 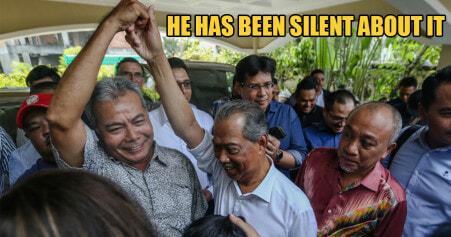