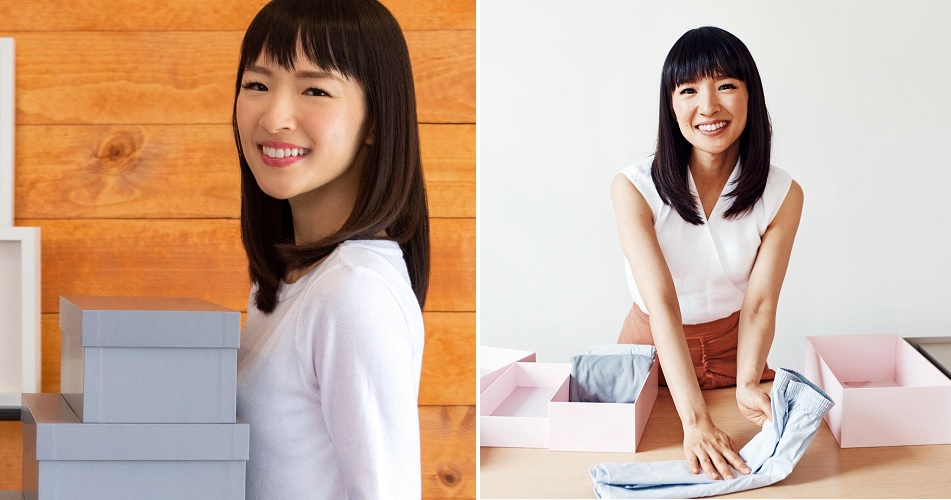 By now, I’m sure everybody has heard the name Marie Kondo, a Japanese organising consultant who is fast becoming a household name. She’s kind of a big deal, having her own Netflix show launched this year and four bestselling books to her name. Her acclaimed technique, “The KonMari Method” has, naturally, been making rounds around the internet. But with everyone asking HOW to KonMari, some of us are actually wondering, WHO is KonMari? 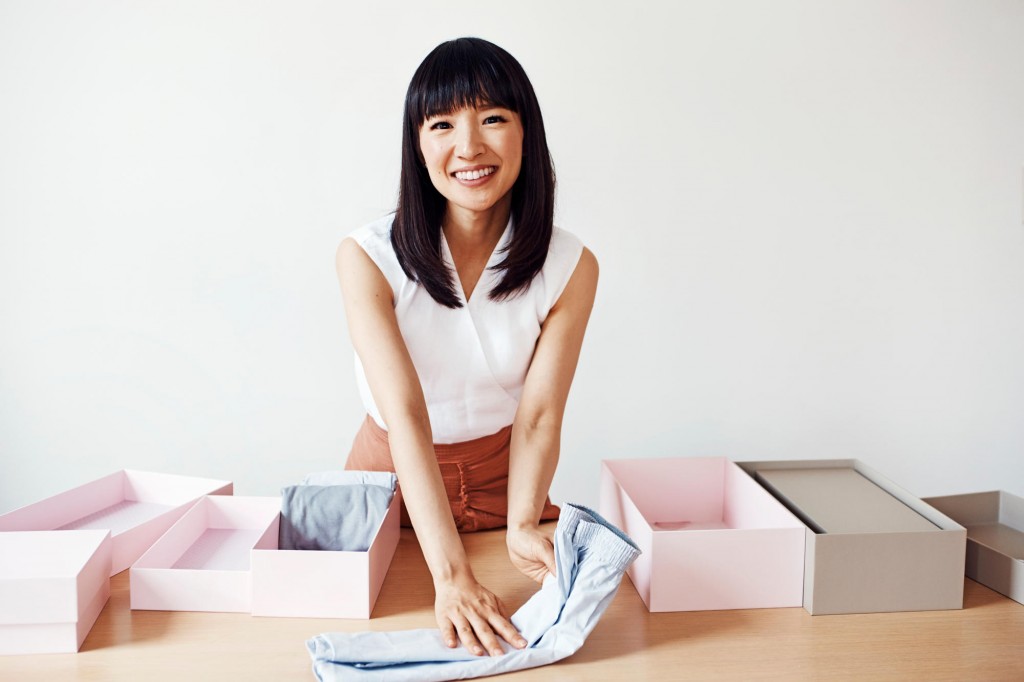 So, let’s take a look and learn a few things about this kawaii organising guru!

For such a big personality, Marie Kondo stands at only 4 feet and 7 inches – that’s under 140cm! Given the average height of a Japanese woman is 158.8cm, she’s quite the small package.

2. She used to work at a shrine

Her work is inspired by Shintoism, the traditional religion of Japan. As she states in her book, The Life Changing Magic of Tidying Up, cleaning up transforms your home into a “sacred space” filled with “pure energy”.

Interestingly enough, Marie used to work part-time selling lucky charms at a shrine, and also served as a Miko (Shrine Maiden) in her youth. In an interview with the Telegraph UK, she said, “I loved visiting Shinto shrines when I was a little girl. I didn’t practise Shintoism deeply but it has an influence on my tidying method.”

“In Shintoism… tidying and cleaning are regarded as mental cultivation and spiritual training.”

“To minimise one’s belongings and use selected items with joy and respect sounds like Zen philosophy,” she added. 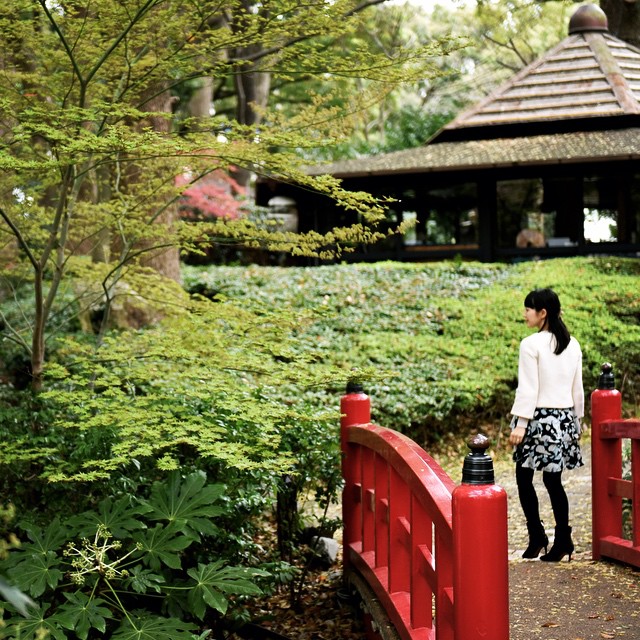 3. She started organising when she was just 5 years old

“Ever since I was five years old, I have been organising,” Marie said. She pored over her mum’s housewives magazines and started cleaning since young. In fact, she spent a large chunk of her teenage years tidying “all day, every day,” she admits. 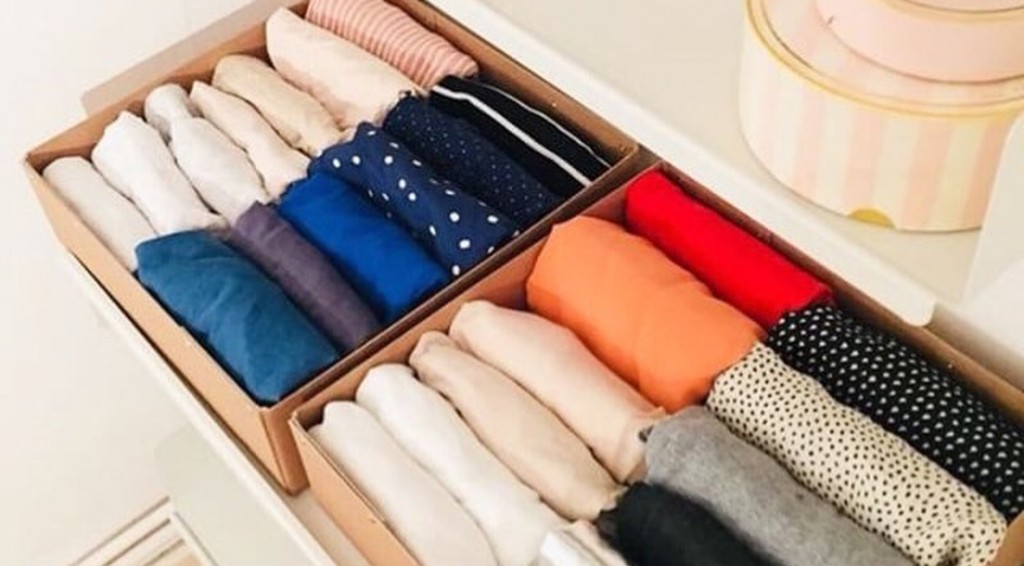 “I used to throw away my dad’s suits and my mum’s purses without any permission. But I feel bad about it now.”

Our parents would not be happy if we did that.

She even wrote a thesis titled ‘How to Declutter Your Apartment’ – from a sociological perspective back in college where she studied sociology. Well, it looks like tidying up has been her calling from the very start!

4. She published her first book when she was 26 years old

By the time she was 19, friends were paying her to declutter their rooms and houses – I guess that was the start of her home-organising consultation business! In fact, her services were in such high demand that one client asked her to write a book so that they could refer to it while being in the months-long wait list. The rest as they say, is history!

In 2010, she published her first book, The Life-Changing Magic of Tidying Up, when she was 26. 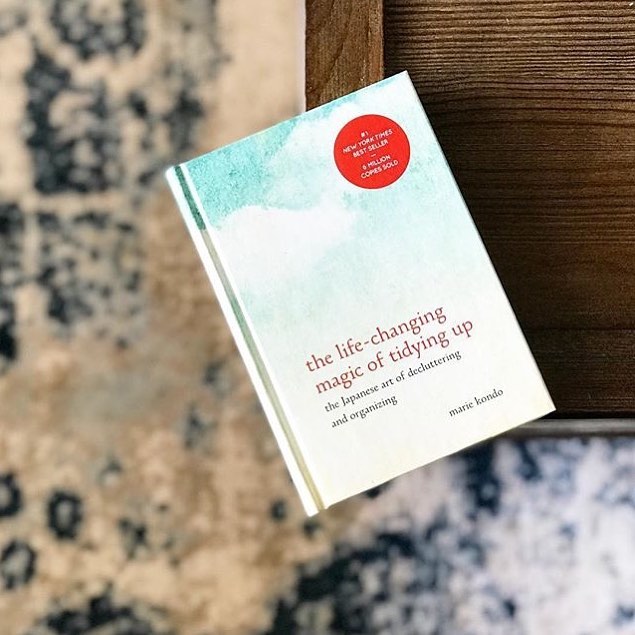 5. She wears white all the time

Ever noticed how she’s always wearing white tops and no other colour? You could even Google her name and you’ll only find multiple photos of her wearing her favourite hue. 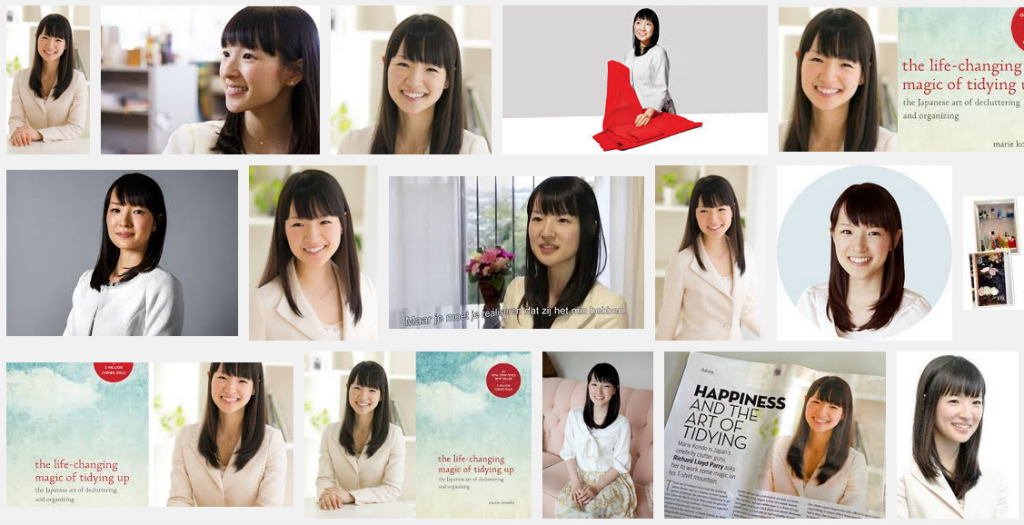 If you’re asking yourself, “Wait, but why?”, let us tell you why.

She opts for white because of its association with tidiness. “It is part of my brand. My image colour. It is easy to recognise me,” she told The New Yorker. Makes sense if your whole life revolves around being tidy!

6. She is married and has two young daughters with her husband, who is also CEO of KonMari Media

I guess you could say Marie Kondo married Kondo! If you ask us, Marie Kondo could pass off as a college freshman, but in reality, she is a wife and mother! She has been married to her husband, Takumi Kawahara since 2012. He also happens to be her manager, as he left his corporate job to support his wife after her method gained global fame. He has held the position of CEO at KonMari Media since 2015 and manages her social media, book deals as well as produces her Netflix series. 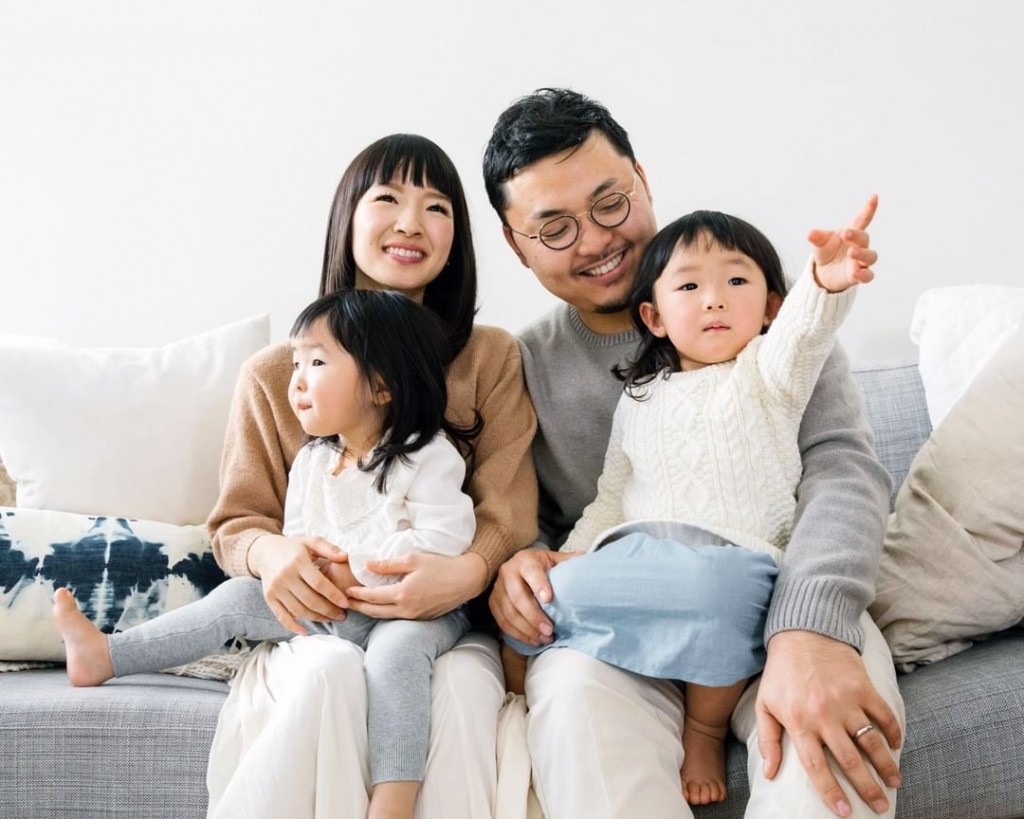 The couple also has two daughters, Satsuki and Miko. Naturally, they take after their mum and are already following her example by folding clothes and organising toys. Starting them young! 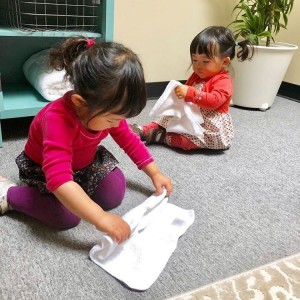 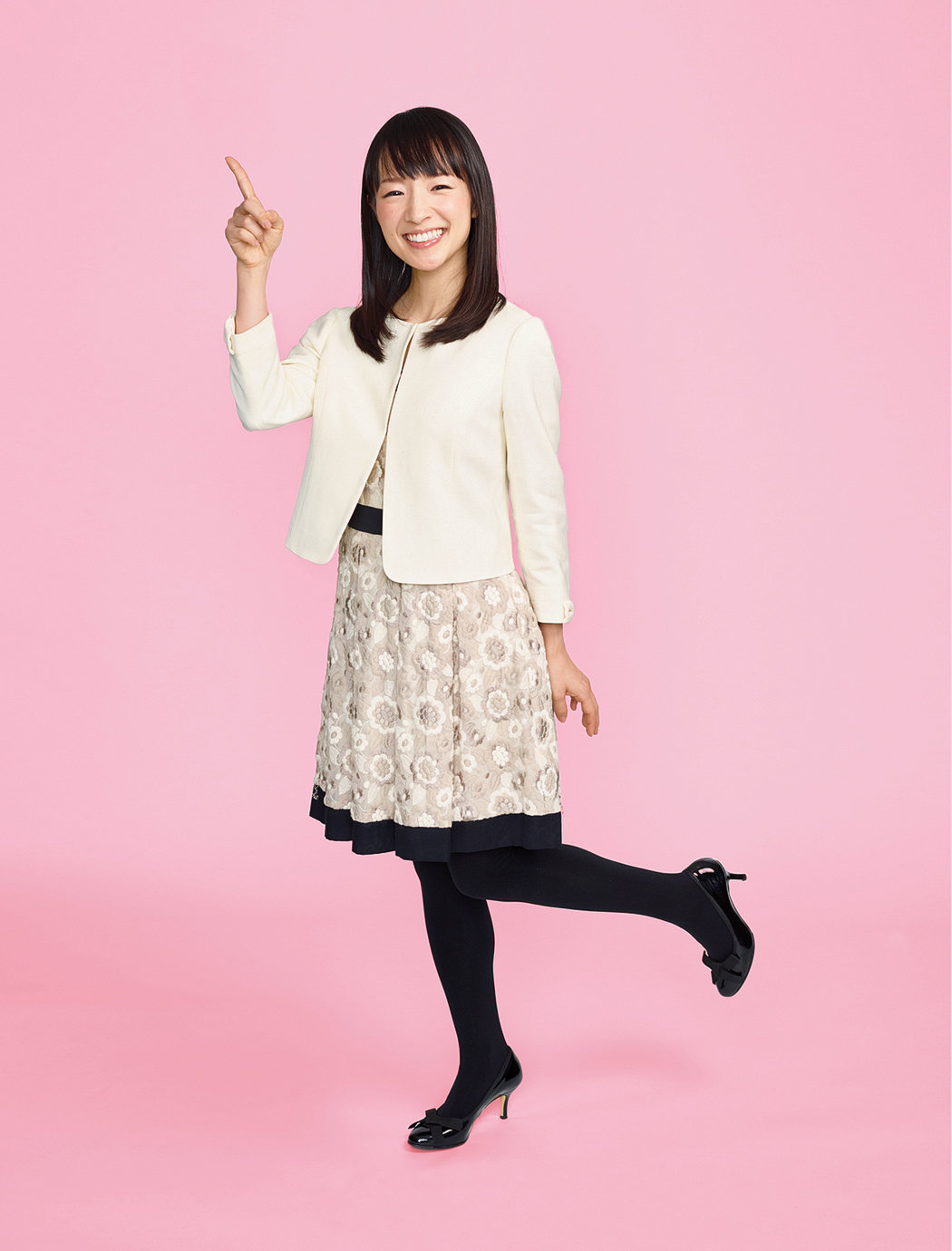 Again, if you noticed her outfits on the show, Marie is always seen wearing skirts over her black leggings and never once in pants. Apparently, Marie rarely wears pants because they stopped bringing her joy a while ago, she told The New Yorker. Go on, check Google Images again.

8. She was named TIME magazine’s 100 Most Influential People of 2015 and now hangs out with Hollywood celebs

This petite organising consultant who reportedly has a net worth of USD$8 million (approx. RM33 million) is so power, she was named one of TIME magazine’s 100 Most Influential People of 2015, praised in a piece by Jamie Lee Curtis. 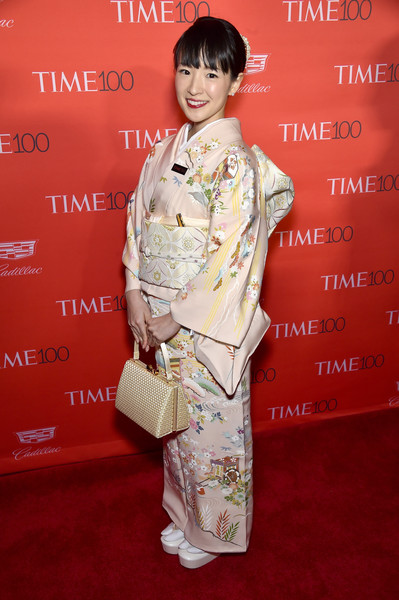 And now, she hangs out with A-list celebrities such as Emma Watson and Ellen DeGeneres. Fuiyoh! 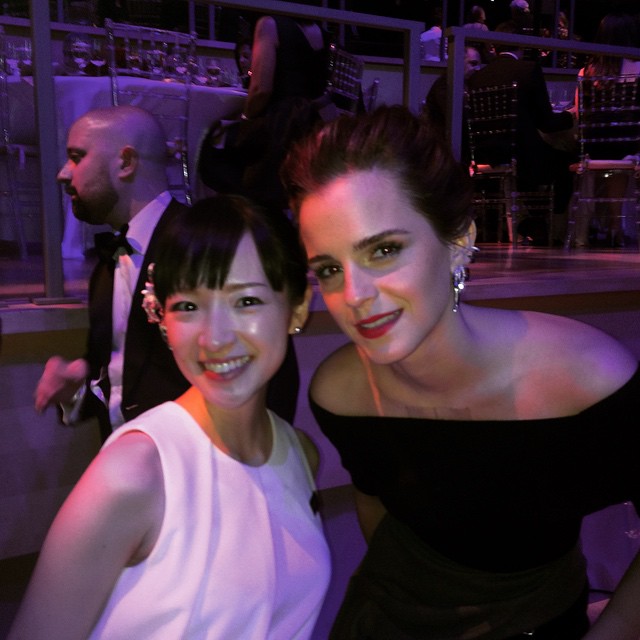 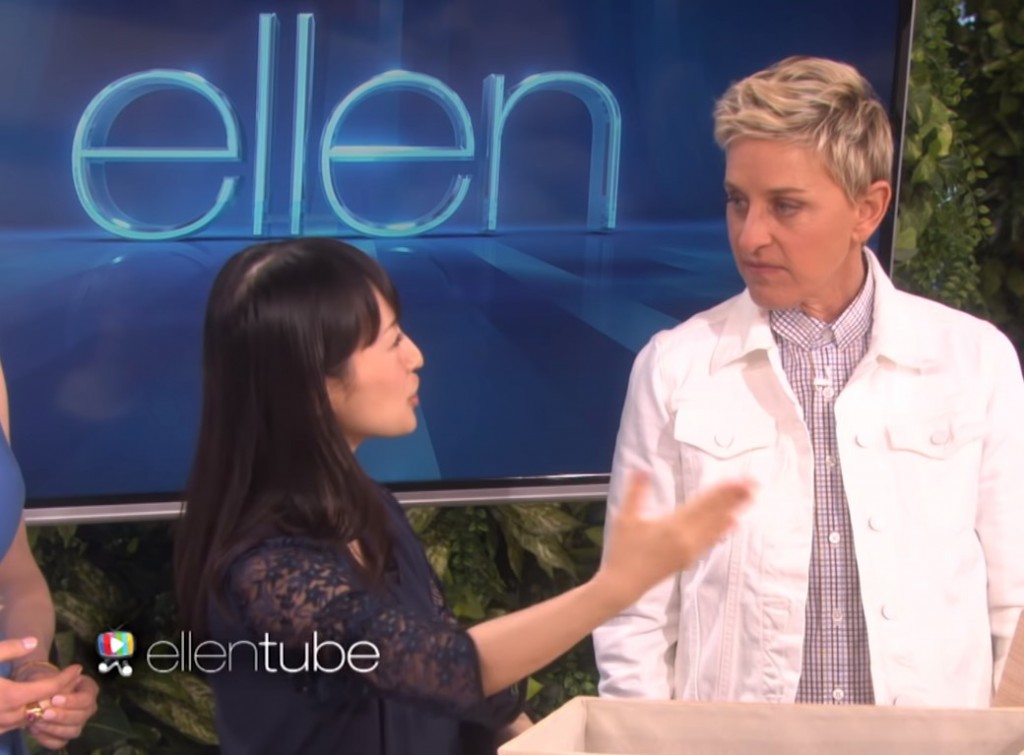 9. She actually  loves mess. She also admitted to being messy when it comes to ONE thing

Ask anyone if they like mess and you’ll get “no” for an answer. Marie Kondo however, is different – she loves it.

“It is a good feeling for me to imagine how this person can declutter,” she says when asked how it feels to see a messy house.

However, Marie does have a clutter habit she’s embarrassed about. We’re not kidding. She told The Guardian,

“I love wearing slippers, but I take them off in random places around the house. I can’t keep them on for long, so they’re scattered.”

OMG, she’s human after all.

We don’t know about you, but we can’t get enough of Marie Kondo! Have you watched her show on Netflix or read any of her four books (one of them is actually a manga!)? Tell us in the comments and do share your experience if you’ve tried tidying up your home with the KonMari method! 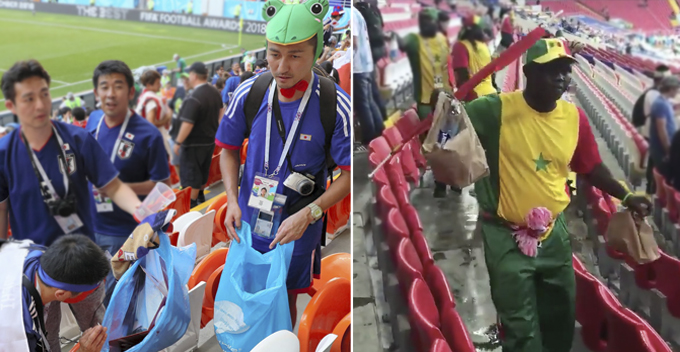