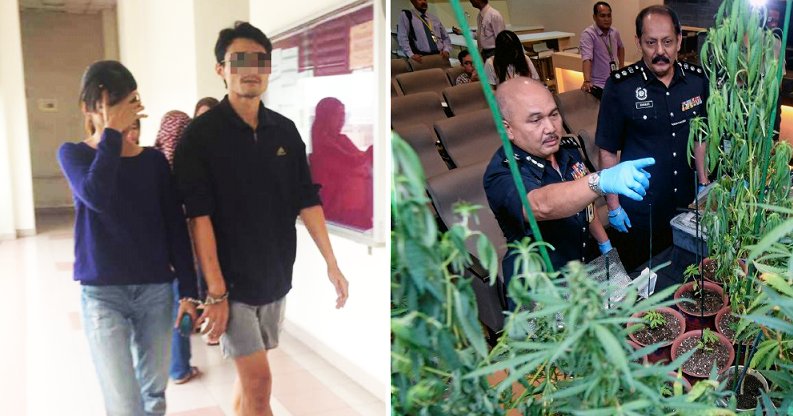 There are several countries in the world that have legalised the use of medicinal marijuana but in Malaysia, it is a crime that carries very heavy consequences if convicted.

Recently, a married couple was caught growing 38 ganja plants in their condominium in Puchong on June 15. 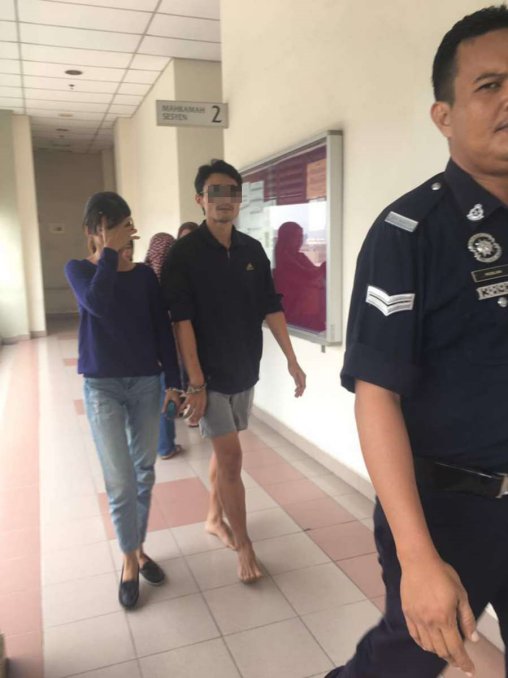 Now, the couple have been charged under Section 6B of the Dangerous Drugs Act which will result in life imprisonment and at least six strokes of the rotan if found guilty.

Mohamed Syazzwan Mohamed Nasir, 29 and his wife, Farah Nadhrah Ahmad Puad, 31 faced the judge on June 23 and entered a plea of “not guilty” to the charge.

According to NST, they were also charged with drug trafficking at the same time but because the case is under the High Court’s jurisdiction, no plea was recorded yet. However, for this charge carries a much heavier punishment if convicted. They could be facing the death penalty. Yes, it’s that serious! 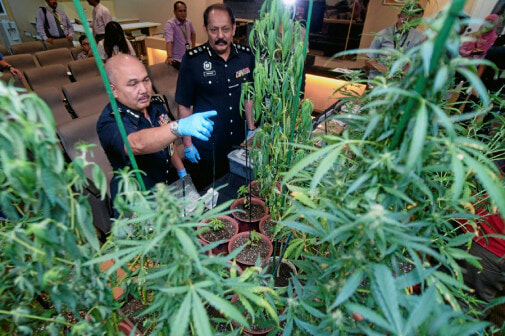 The couple are reportedly owners of an online cosmetic business and learnt how to grow the ganja plants through the internet. Syazzwan is also facing another charge of drug possession of 0.89kg of ganja at New Wave Hotel in Serdang. 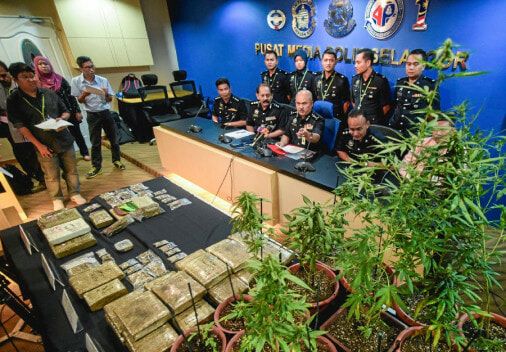 It is reported that the duo was not allowed bail and their case will be up for mention on August 8.

What do you think of this case? 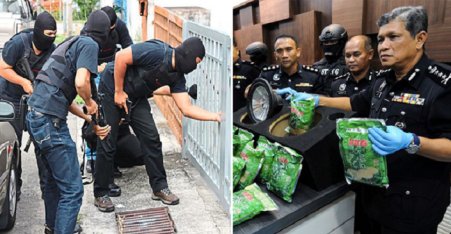