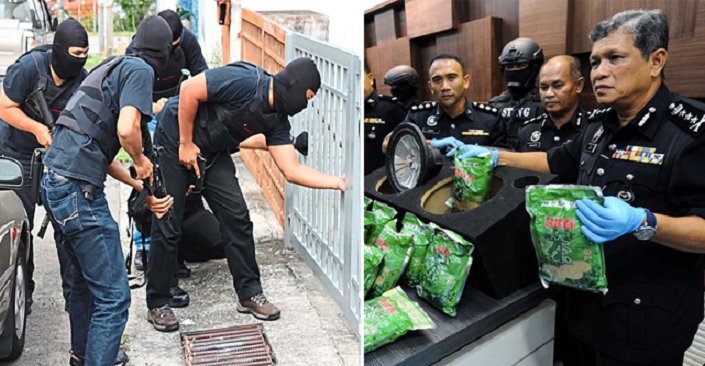 Police are suppose to uphold and enforce the law. So it becomes an irony when police themselves are involved in the crime they were suppose to prevent. 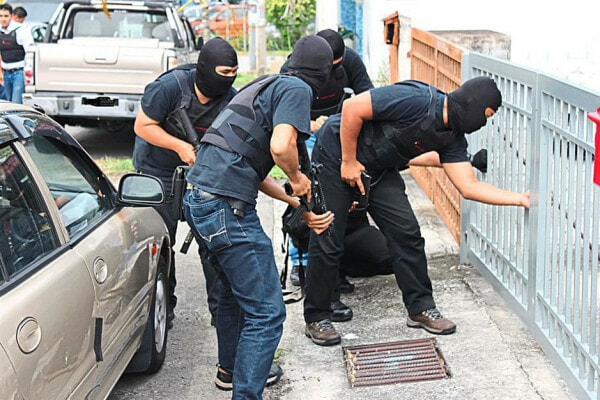 According to the police, they have been investigating and gathering intelligence on a drug-dealing group for over a year. Finally on January 16, the arrest was made in Kedah and Kuala Lumpur.

During the operation, police had seized 75 kg of crystal meth, 7.4 kg of heroin, 4040 pieces of methamphetamine and 70 g of ganja. The drugs were smuggled through borders and worth more than RM6 million in total. 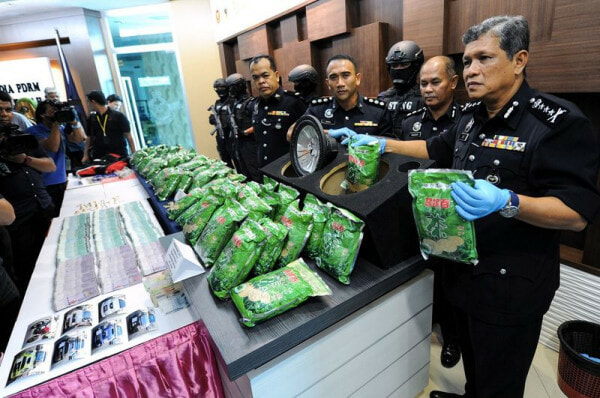 Besides, 7 automobiles and RM 260,000 worth of various currencies banknotes were seized.

To prevent detection from the custom officers, they vacuum-sealed the drugs in green tea packets.

The drug dealers have been brought to the court to apply for remand until 23rd of this month. I can foresee some hanging in near future.

Judging from what they did, clearly the oath they taken to ‘obey, uphold and maintain the laws of Malaysia’ meant nothing to them.