Every year, the Songkran festival in Thailand takes place in April and during this period, you can see many revellers ringing in the Thai New Year with parties and water fights. Many tourists would also take the opportunity to join in with the celebrations and share selfies or videos on social media.

Well, if you are going to celebrate the Songkran festival in Thailand this year, then do take note that the Thai police are cracking down on lewd photos or videos shared on social media! According to The Nation, Pol Colonel Siriwat Deepor, the spokesman and deputy commander of the Technology Crime Suppression Division (TCSD) has warned netizens that they should not post photos, videos and live broadcasts of lewd and obscene acts on social media as it is illegal.

In addition, posts that invite the consumption of alcohol are prohibited during Songkran as well. Siriwat said that during previous Songkran festivals, people would take indecent photos of young women or transgender people and post them on social media.

This year, he advises partygoers to ring in the Thai New Year more respectfully with polite cultural activities and to avoid any risky behaviour that could be seen as violating the laws in Thailand. Siriwat warns that if netizens insist on posting lewd images or photos of revellers wearing “sexually-provocative clothing” on social media, they can face jail time.

He said that people who share or post these images can be charged with violating the Computer Act and if found guilty, they could face a maximum of five years in jail and/or a fine up to Bt100,000 (RM12,900). Whoa! Meanwhile, for those who actually capture the photographs or videos themselves, they can be charged under the Criminal Code’s Section 388 for performing a shameful act in public by indecently exposing themselves or committing other indecent acts. They could be fined a maximum of Bt500 (RM64).

That’s not all, if you post invitations on social media asking other people to drink alcohol, you could also be jailed for a maximum of one year and fined Bt500,000 (RM64,800) based on the Alcoholic Beverage Control Act. Other actions that could face legal action include posting things that go against society’s good morality and the law as they want a good, clean Songkran this year.

The police are ready to take action and TCSD commander Pol Maj-General Paiboon Noihoon said that they have officers on standby to monitor social media closely during the festive period from April 12 to April 16. “Be warned that TCSD officers are able to probe and to trace [postings] back to the culprits to face prosecutions, and the suspects cannot claim to not know the law or their action’s consequences or not having an illegal intention,” Paiboon said.

The ban on having alcoholic drinks in moving vehicles will be strictly enforced and if the authorities see any of these beverages, it can be used as incriminating evidence. However, drivers are allowed to give rides to drunken passengers.

Tell your friends and family to be mindful of what they post online during Songkran and celebrate respectfully!

Also read: Thailand Has a New Smoking Ban Since Feb 3, Here’s What You Should Know 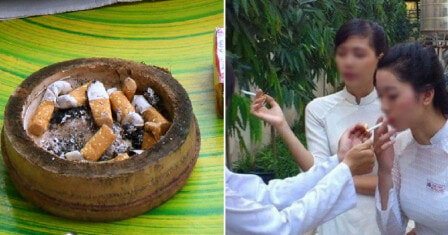