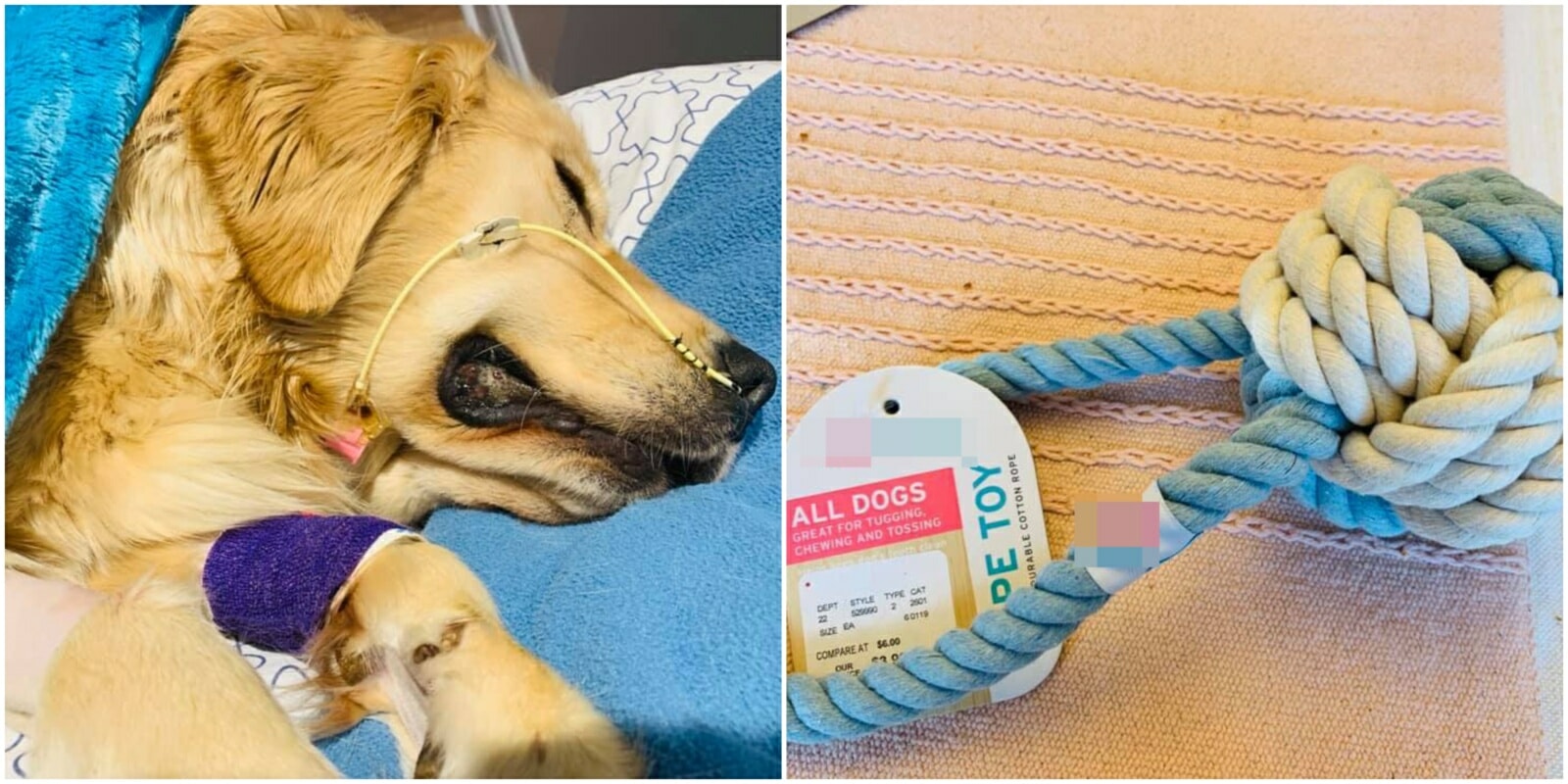 As much as we want to give all our love and care to our beloved pet dogs, mistakes are inevitable, and sometimes these mistakes can even be fatal. The world of a dog owner fell apart, when her Golden Retriever passed away after accidentally swallowing a rope toy.

In the United States, a woman named Indira Tuckler bought a rope toy for her one-year-old dog to play with. However, later that day, she found that the rope had been torn to shreds, and proceeded to throw them away out of fear that her dog would swallow it. 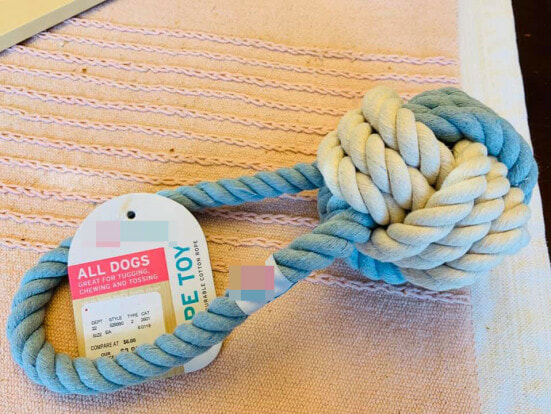 Unfortunately, at that point, the dog had already unwittingly swallowed some of the strands of rope, and soon began exhibiting worrying signs such as vomiting, diarrhea, excessive water consumption and loss of appetite. Two days later, the Golden Retriever passed away from severe damage to her intestines.

According to her post, once the rope went inside the dog, it travelled along the intestines and tore several holes in the process, while clinching the intestines into a tight ball. This was discovered after roughly 91cm of rope was removed from the dog’s body, along with approximately 35cm of the punctured intestines. That is such a gruesome way for an innocent dog to go! 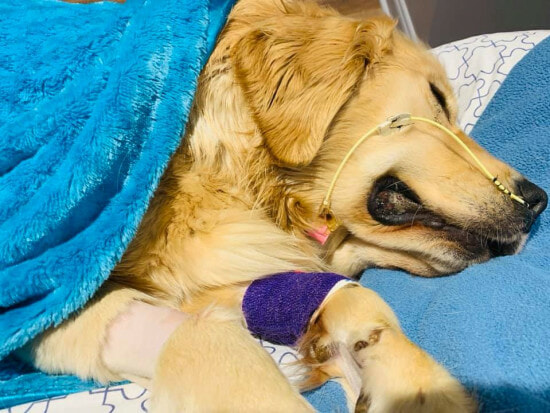 So great were the wounds in the intestines, that it even bled into the stomach, leading Indira’s pet to contract a deadly infection. Since the incident, Indira has posted about the dangers of rope toys, in hopes of bringing awareness to other dog owners of how lethal this seemingly harmless, and popular toy can be.

She explained that the rope can be hard to identify via an X-ray, and that while it could show up in an ultrasound scan, the only way to truly confirm it would be via surgery, which is also the only treatment. It definitely wasn’t caused by old age either, as the victim was only one year and two months old at the time of her passing.

At the same time, she also cited an article by Germantown Veterinary Clinic, which further details the potential risks of letting your dogs play with rope toys. It categorised the thin strands of rope that unravels from such toys as a ‘linear foreign body‘, and went as far as to call them ‘the most dangerous object your dog can swallow‘. Even though a dog might only pull off and swallow bits of pieces of ropes at one time, over time it can slowly obstruct the digestive system, much like clumps of hair in a shower drain.

While we’re extremely saddened by the untimely death of such a beautiful canine, we definitely won’t let her demise be for nothing. Spread this post to as many dog lovers and owners as you can, because you never know if you might save a precious canine life! 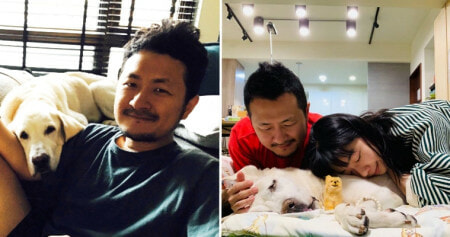