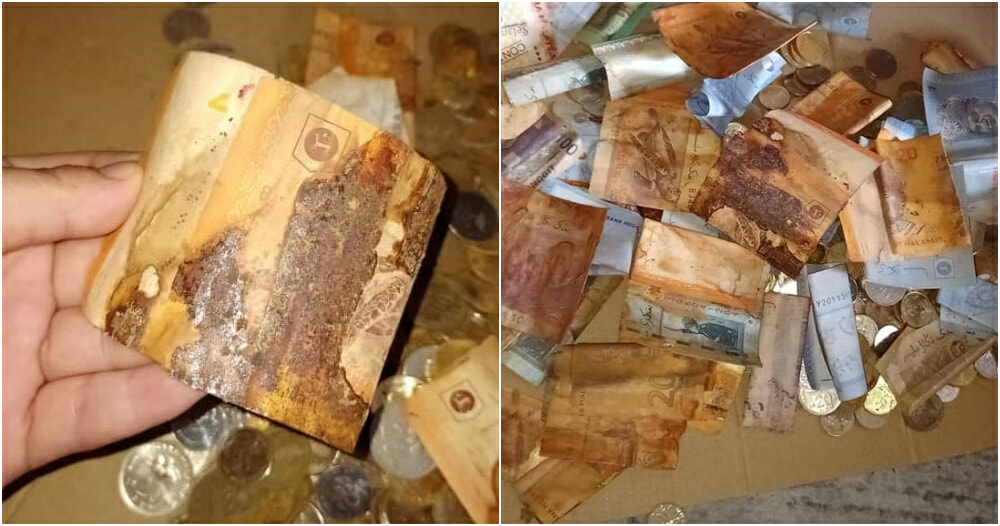 Saving money is always a good habit to have. Whether it be saving it in a bank or in your own piggy bank, it teaches us to not waste money and save for a greater future.

Although piggy banks can mostly be purchased in stores, many of us have also experimented with making our own DIY piggy banks. Some choose to reuse or revamp containers of boxes. It could be anything, depending on one’s creativity. But unfortunately, not all DIY piggy banks are built to last.

A Malaysian netizen who goes by the name of Lily Noorly, took to her Facebook to share a horror story that her friend had faced from saving money in Milo tins and biscuit tins.

A whopping total of RM1,000, that was saved in these DIY piggy banks ended up being damaged from rust! Not only were the banknotes deteriorating, but the coins were also destroyed.

Some of the notes were torn due to the rust which could be seen when the netizen tried to spread the notes open. The sight truly made us all feel her pain. 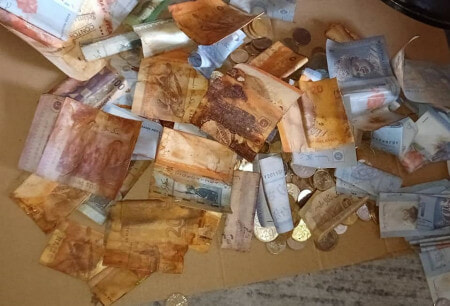 Lily’s post garnered over 8,300 shares and 3,300 comments, all of which involved netizens giving her advice to resolve the matter.

Many netizens explained to Lily that the reason this happened was that banknotes and coins are not supposed to be mixed together. This can result in rust.

Another netizen told Lily not to stress herself out as the money can be changed at the bank, as long as the serial number can still be seen.

We hope netizens will take note of this incident and learn from it. If you have been saving money in a tin, maybe it’s time for you to check on it before it’s too late. 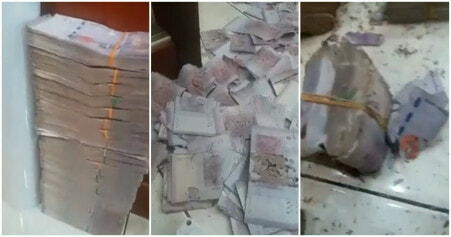