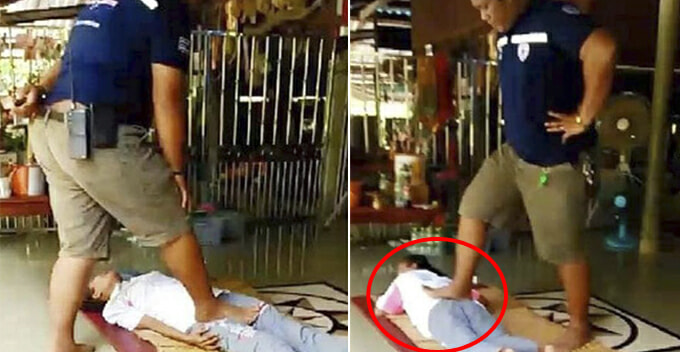 In December 2018, a single mother named Pranom Tiengtrong went for a Thai massage with the hope that it would cure her prolonged leg pain. Sadly, she was left paralysed after the therapist accidentally broke her bone and dislocated her ankle. This unfortunate incident took place in Rayong, Thailand. 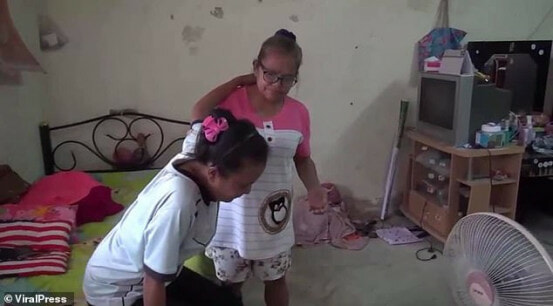 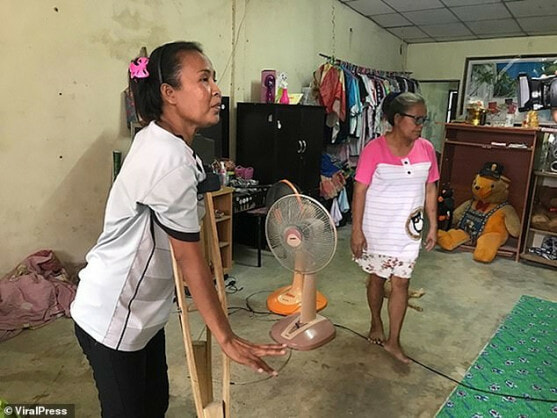 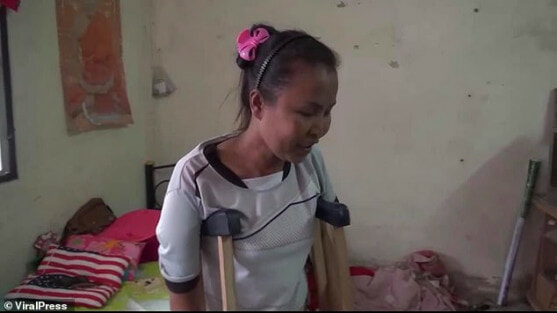 According to Daily Mail, the 21-year-old masseuse calls himself Dr Happy, and had performed the ‘walking massage’ on the 46-year-old mother during her visit. He was seen standing and resting his body weight on the woman’s legs, which put her through excruciating pain.

“I thought it was going to be a normal massage, with kneading and squeezing the muscles. I was a little confused when he asked me to lie down on the ground,” the mother said.

Although she pleaded Dr Happy to stop the treatment, he ignored her request and continued stamping on both of her legs. As a result, she felt worse after getting the massage as something had gone terribly wrong in her legs. An x-ray check at the hospital revealed that her femur had been broken and her left ankle was dislocated. 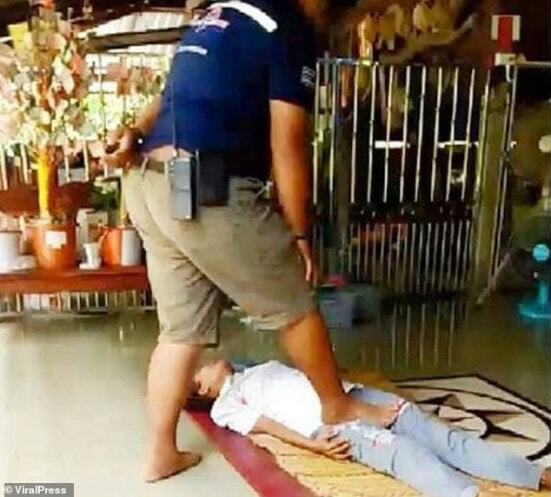 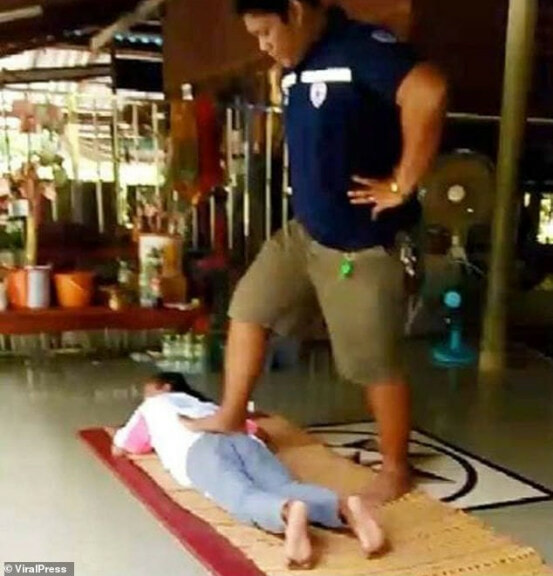 Understandably, this has put her job in jeopardy as Tiengtrong was a hawker prior to the injuries. Not to mention, she needed £3,125 (approx. RM16,700) to treat her injuries!

“I could not stand for a long time because my leg would be unbearably painful. It really affected my job – I couldn’t cook or sell the food anymore. I had no income and my husband has already left me because of that,” she added.

Tiengtrong’s neighbour did try to contact Dr Happy, whose real name is Kiattisak Chaiwimon, to pay for the medical bill but he was nowhere to be found. As the last resort, a police report was lodged and the therapist was tracked down at his home last Wednesday (27 March) by provincial health officers. 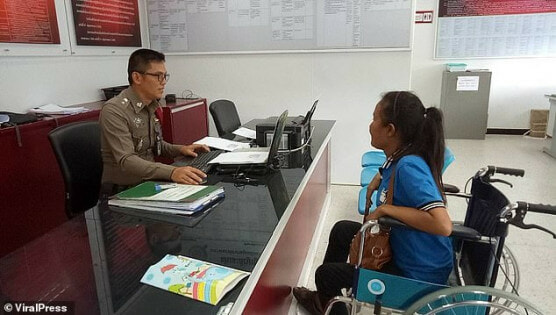 It was reported that he learnt the ‘walking massage’ technique from a famous parlour; he was also popular in the neighbourhood. He even claimed that he has treated thousands of customers throughout his career.

“I remember her coming to me and telling me that she had terrible pain around her hips. I touched her bone and knew immediately that her hips were slipped out of a joint.

“I tried to adjust the bones into the right place by treading repeatedly on her thighs. She cried in pain for many times but I told her to hang on because I felt the bones were almost connected to the joint. I didn’t realise that she cried because her bones were broken,” the young masseuse said, adding that he might have stepped too hard on the patient.

It was understood that Dr Happy has been running the medical facility without a proper license as he wasn’t registered as a traditional medic. Not to mention, his massage parlour was his house!

We sincerely hope that Teingtrong can recover from the injuries and that the therapist would be responsible enough to cover the medical bill. That’s actually the least he can do given the fact that he has severely injured the woman. 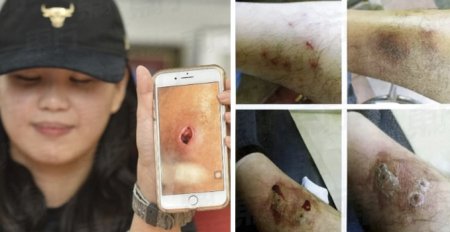