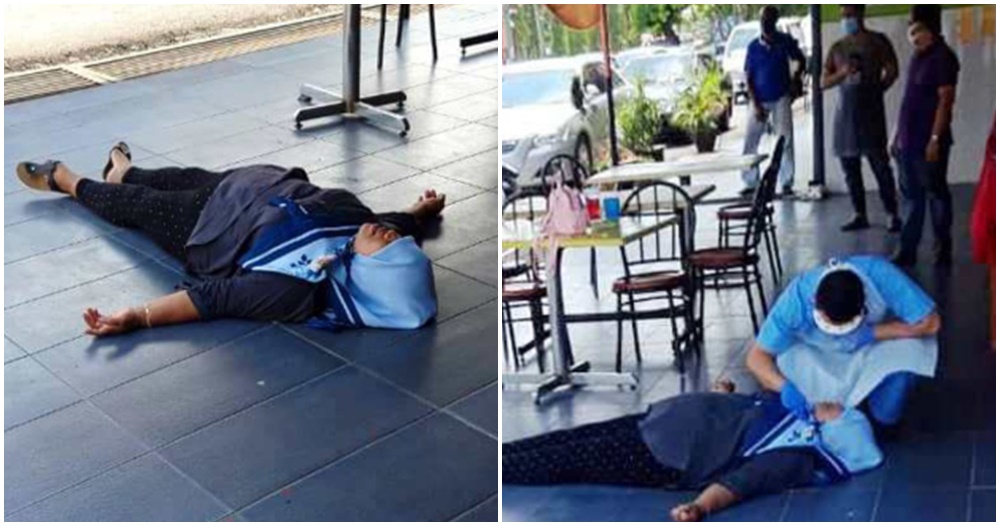 Recently, a woman who fainted at a local eatery was left unconscious on the floor despite being surrounded by other people in the premise. 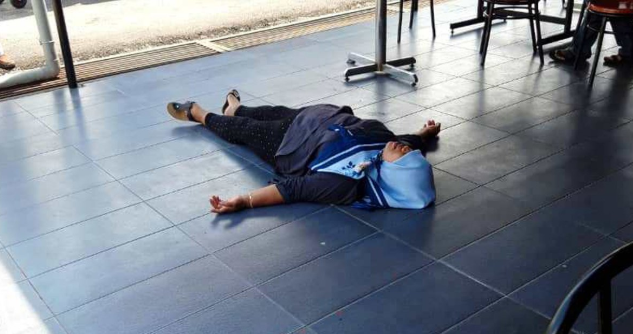 The incident occurred yesterday (4th June) at around noon in an eatery located in Gemencheh, Tampin, Negeri Sembilan. The woman who fainted unexpectedly collapsed in the middle of the eatery and was left lying down on the floor with fellow bystanders just watching her from a distance.

Customers at the eatery merely stood aside watching and chatting amongst each other. Many feared approaching the fallen woman as they didn’t know whether she had been infected with Covid-19. Just a few days earlier on 2nd June, six positive Covid-19 cases were reported in Negeri Sembilan. While none appeared to lend a helping hand, someone did eventually contact a health centre nearby so medical staff could come to the premise and assist her. 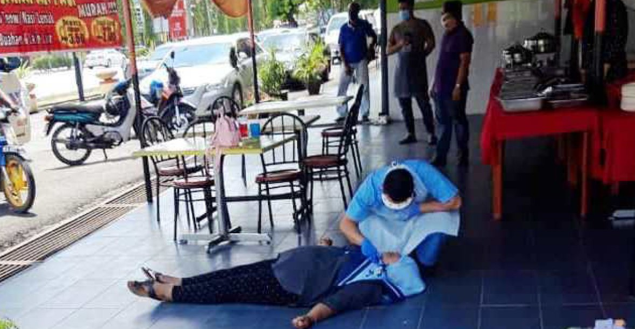 An ambulance arrived at the scene not long after, and a medical staff member could be attending to the woman in full PPE. Once she regained consciousness, she was sent to the clinic for a detailed examination.

It was later revealed that the woman went to a clinic prior to the eatery for a blood test. It is believed that she did not have anything to eat prior to the incident which caused her to suffer from brain hypoxia. However, the report did not specify as to whether she had contracted Covid-19.

While we should always be willing to help others, this situation does seem rather risky. What would you guys do?