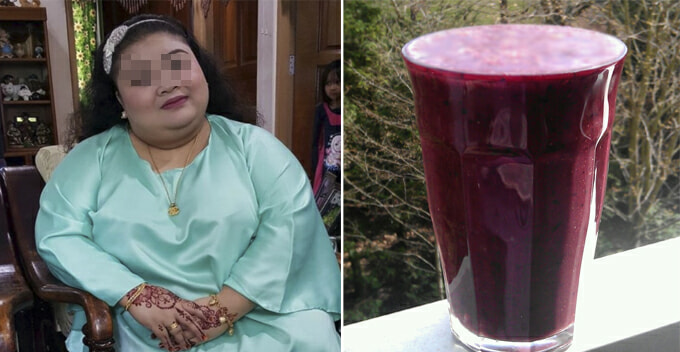 Just recently, a 28-year-old woman shockingly died after drinking a purple-coloured fruit juice every day for six months. This unfortunate incident happened in Singapore but the juice was confirmed to be originating from Malaysia.

As reported by Sinchew, the victim named Titinlismawati had been suffering from leg pain caused by her gout condition and the fruit juice seemed to be effective in alleviating the pain. Her 61-year-old father said,

“I too drank it once or twice and the pain did go away right after. I couldn’t believe it as it was too miraculous and was worrying if it contains strong ingredients.” 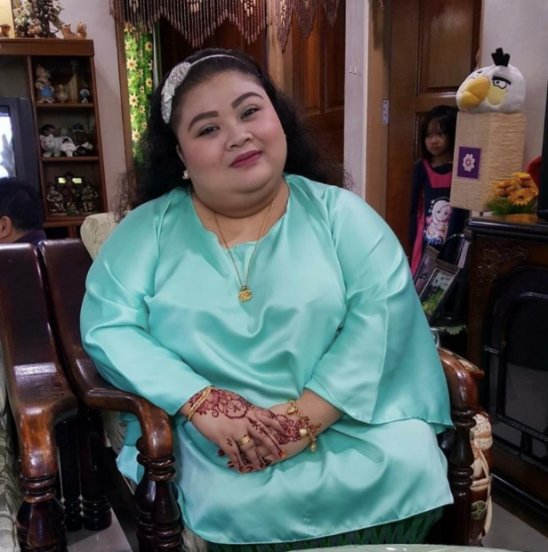 He had since stopped drinking it but not his daughter. Last Thursday (20 September), Titinlismawati complained to her family about her backache during dinner and she went to see a doctor the next day.

“The doctor said it was just stomach flu. She consumed the medicine dispensed on the spot but at 11am after returning home, she started having breathing difficulty and kept gasping for air,” her father added.

Titinlismawati was sweating and could barely breathe in her room when her sister found her. Her father quickly performed CPR on her while her brother called for an ambulance. Her heartbeat was weak and after half an hour in the emergency department, the doctor was losing her.

“The doctor asked us if we want to continue saving her and said even if we managed to bring her back, her brain could be dead. We insisted on saving her but to no avail. She passed away at 9pm,” her father said.

Suspecting the death had something to do with the fruit juice, the family handed it over to the investigating officers to run some tests. It was understood that the product was bought from a store in Geylang but it was manufactured in Malaysia.

Apparently, this fruit juice has been banned since last year (2017) and was ordered to be taken off the shelves. Brunei too banned it on 9 June 2018 because the fruit juice was found to have contained Dexamethasone, a potent corticosteroid that can cause an increase in blood glucose levels leading to:

According to the notice issued by the Bruneian Ministry of Health, the affected products are:

At the time of writing, we cannot confirm the exact name of the fruit juice consumed by Titinlismawati as it has yet to be disclosed.

So guys, please do some research before consuming any health drinks and if it works miraculously, you may want to start wondering whether it contains any undeclared substance.

Also read: If You’re Planning to Buy Bird’s Nest from Thailand, Here’s Why You Shouldn’t 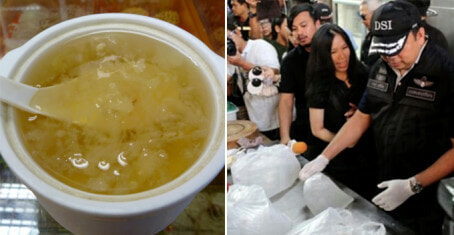