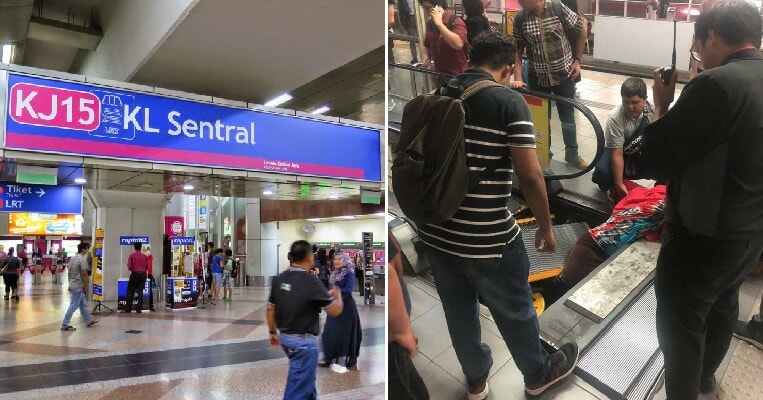 Be careful when you’re on the escalator, guys! An escalator malfunctioned at the KL Sentral LRT station on Monday evening (September 30th) and a woman suffered injuries as a result of the incident.

This incident has been confirmed by LRT operator Prasarana Malaysia Bhd based on a statement on their Rapid KL Facebook page. In their statement, they said, “Rapid KL regretfully confirms that an escalator malfunctioned at KL Sentral LRT station earlier this evening. The incident caused a female guest to be injured.”

The injured woman has been rushed to Hospital Kuala Lumpur for treatment and Rapid KL says that they are monitoring her condition closely to make sure that she is getting the medical attention and assistance she needs. They confirm that her family has been notified.

The faulty escalator has now been decommissioned and closed for further investigation into the matter. The cause of the malfunction has not been determined yet and Rapid KL says they will issue further updates when available. Although the extent of the woman’s injuries was not confirmed by Rapid KL, netizens have been sharing the information online. 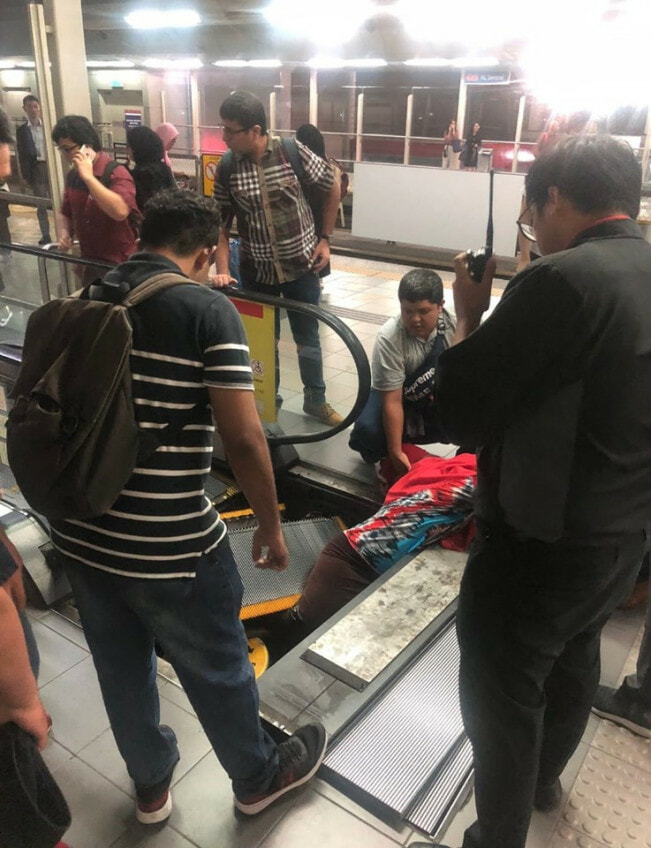 The escalator that allegedly malfunctioned was the one servicing the platform for passengers heading to the Putra Heights, and apparently, the woman was swallowed up by the escalator. A photo of the incident showed the woman getting pulled up from the escalator that had fallen in at the end but this has not been confirmed by the authorities.

Be careful when using escalators and make sure to pay attention when you’re using one!

Also read: Here’s Why Escalators Have Brushes on Their Sides & No, It’s Not to Cuci Your Kasut 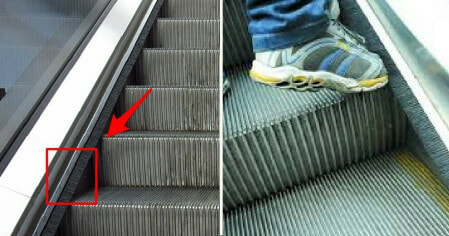