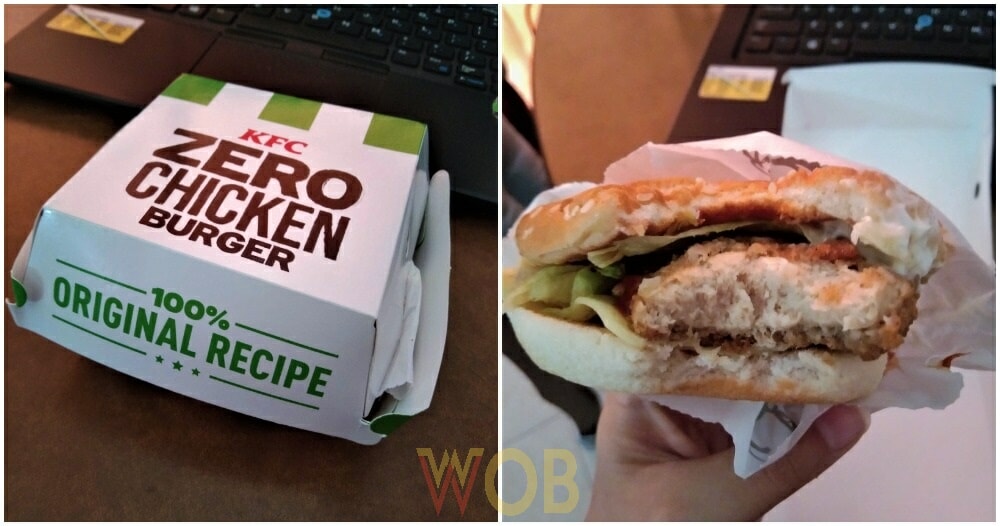 By now you would have known about the KFC Zero Chicken Burger. The burger is made up of a meat-free chicken patty that utilises the famed 11 herbs and spices in addition to a tangy barbecue sauce, mayonnaise, lettuce, and a slice of cheese!

This burger had just been released and of course, we had to review it to see what’s the deal with it. According to KFC Malaysia, the patty is high in protein and fibre and low in saturated fat. KFC Singapore states that the same burger contains wheat, egg, dairy, soybean, gluten, and MSG. It is important to note that this menu item is not vegan/vegetarian as it is fried in the same oil as the other KFC meals and it also contains garlic and onion. 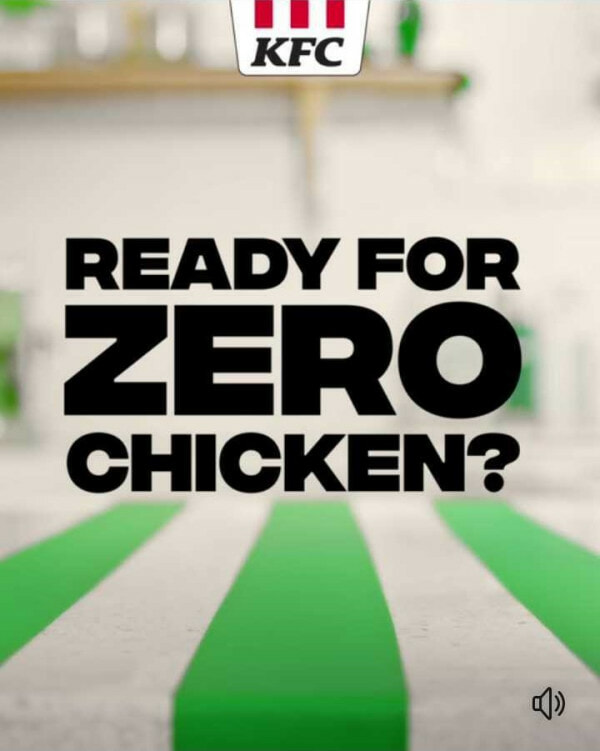 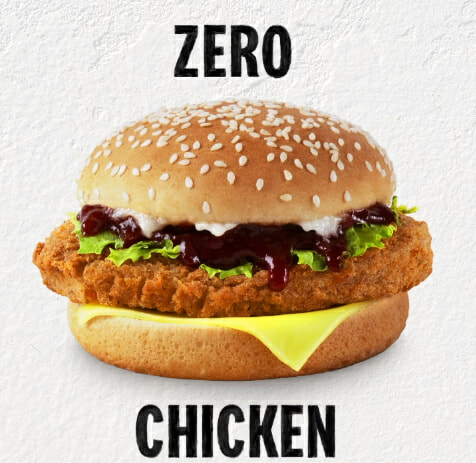 Without further ado, let’s dive in! This burger retails for RM12.99 ala carte and RM15.99 with a side of fries and a drink if you opt for self-collect.

This is how the burger looks like when delivered. 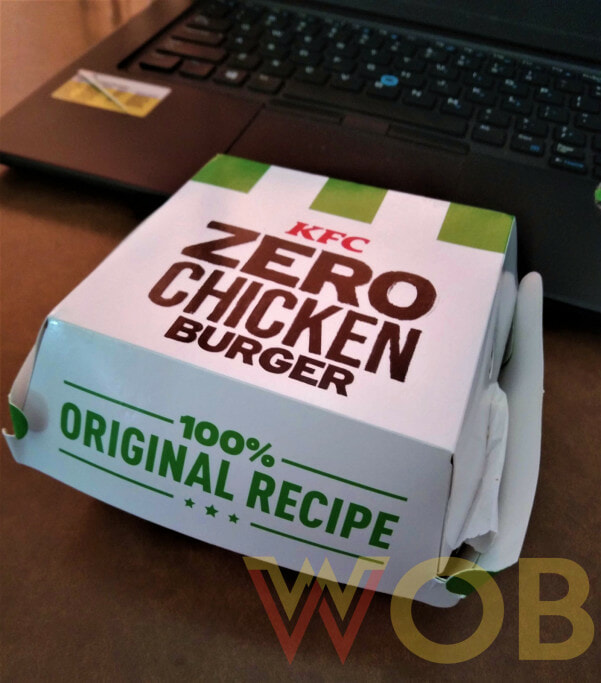 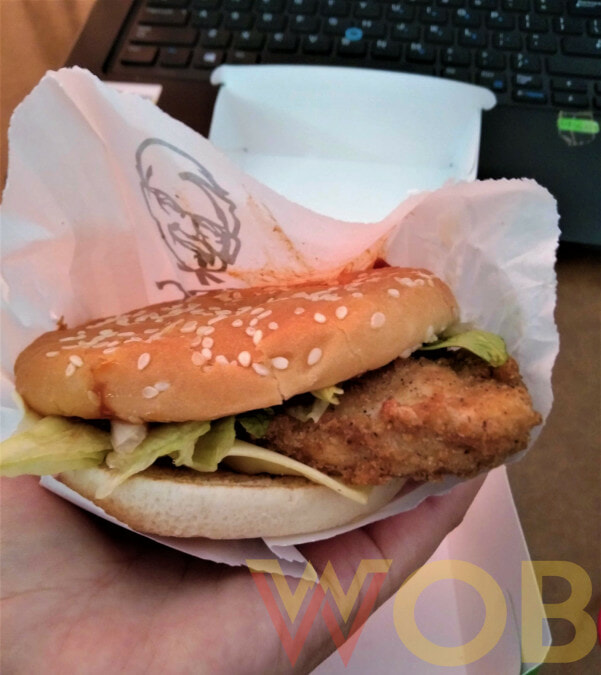 Personally, I felt like the burger patty is really reminiscent of other chicken burger patties and the barbecue sauce in addition to the mayonnaise really melded the flavours together. If someone were to feed this to me without telling me anything, I would think that it’s made from real chicken.

Other than that, we have also asked for the opinions of three other Malaysians: 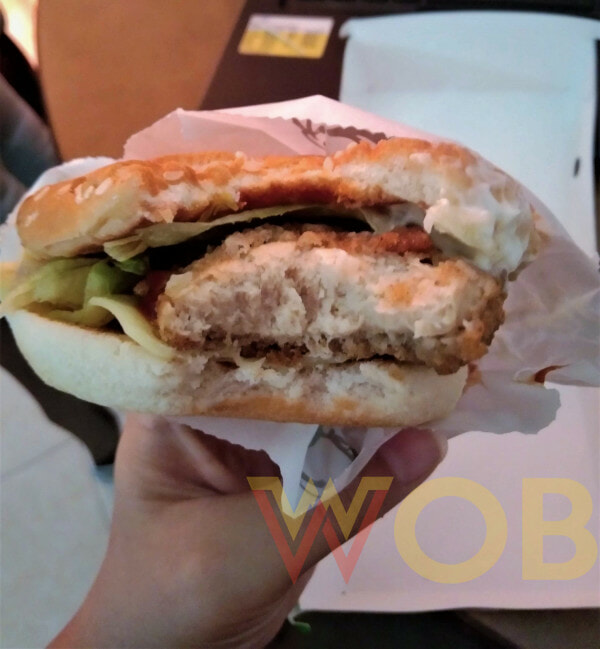 Have you tried this? Let us know in the comments what you think of it!

Also read: WOB Tries: We Bought A Pan of Fudgy Brownies For Only RM50 & It Was SO WORTH IT! 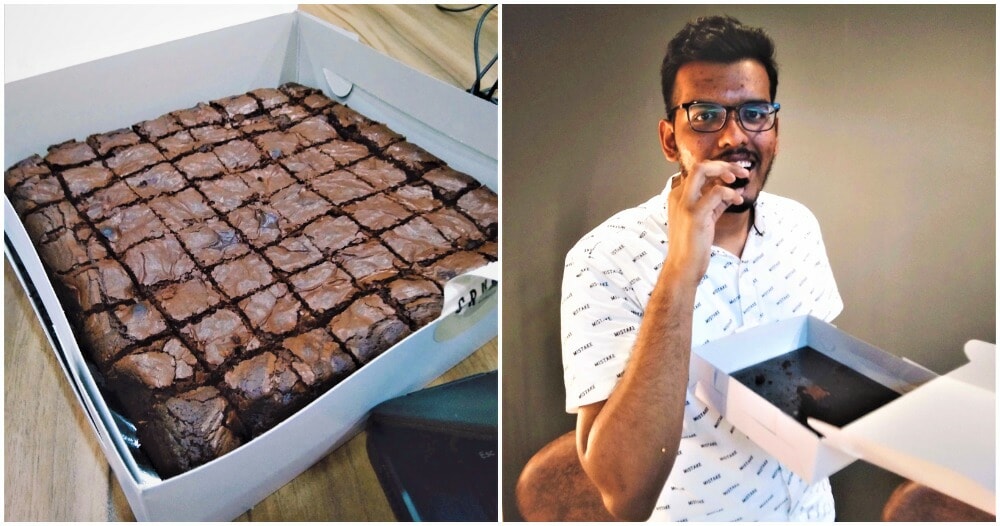