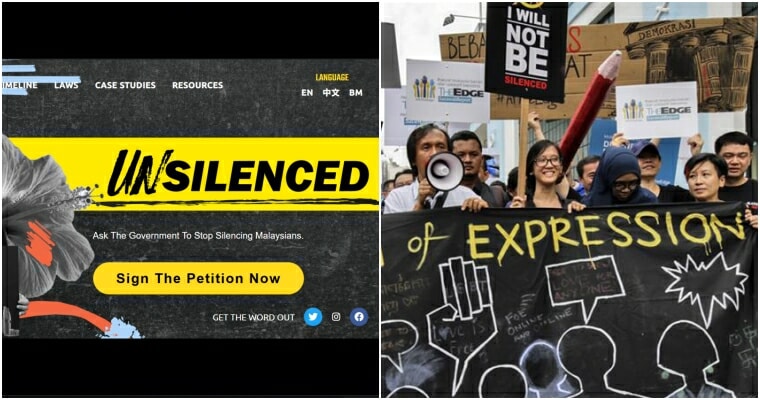 Censorship is increasing in Malaysia, while efforts to reform laws that unduly restrict the right to freedom of expression have stalled, said Amnesty International Malaysia as it launched its virtual campaign, Unsilenced. With an online gallery of posts, publications and content that have been banned and censored over the years in Malaysia, Unsilenced aims to raise awareness of the negative effects that censorship has on people in Malaysia, highlight examples of attacks on those who freely express their views and inspire everyone to defend the right to freedom of expression.

“Attacks on the right to freedom of expression are once again rising in Malaysia. Repressive laws are still on the books, and more and more people are coming under police investigation simply for speaking their minds,” said Katrina Jorene Maliamauv, Executive Director of Amnesty International  Malaysia.

“The Unsilenced campaign gives everyone an opportunity to take action and call on the government  to repeal the main laws denying people in Malaysia the right to freely express ourselves, namely the  Sedition Act, Section 233 of the Communications and Multimedia Act (CMA), the Film Censorship Act  and the Printing Presses and Publications Act.”

After the change in government, two of the most widely deployed laws to unduly restrict the right to freedom of expression, the Sedition Act and Section 233 of the CMA, have been frequently used against human rights defenders, journalists and social media users who criticise the government,  royalty or religion. Sexual minorities have also been targets of government restrictions.

In May, Home Minister Dato’ Seri Hamzah Zainudin revealed that the government has initiated 262  sedition investigations in 2020, a dramatic increase from the 78 investigations initiated in 2019, and more than double the 31 from 2018. In addition, since the beginning of the COVID-19 pandemic,  there have been 273 investigations related to allegations of sharing false information under Section  500 and 505(b) of the Penal Code and Section 233 of the Communications and Multimedia Act  (CMA). In August, Deputy Finance Minister II Mohd Shahar Abdullah defended the Sedition Act in  Parliament, saying it remained relevant.

According to Minister of Communications and Multimedia, Dato’ Saifuddin Abdullah, for the first half of 2020, there were 143 investigations under Section 233 of the CMA, with seven cases brought to court. In comparison, from the beginning of 2018 to February 2019, 47 investigations were opened.  He tweeted that his ministry was “looking into” Section 233 of the CMA but beyond this, there has been no indication of any concrete steps to reform the law or any others that unduly restrict the right to freedom of expression “Recent proposals to revive the Anti-Fake News law and the ‘propaganda unit’ at the Special Affairs  Department (JASA) under a new name raise further concerns that the country is sliding back to an era of fear and repression,” said Katrina Jorene Maliamauv. 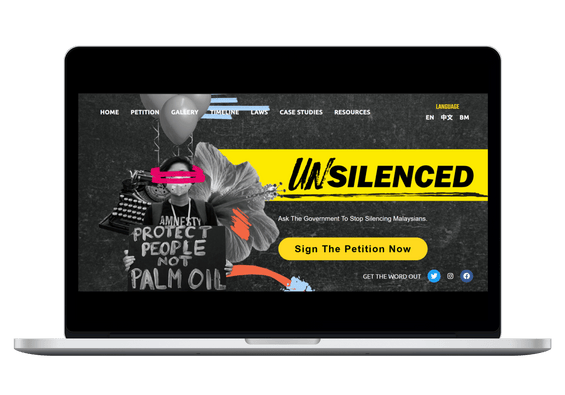 Time for people in Malaysia to be Unsilenced

Amnesty International Malaysia will be launching Unsilenced a campaign to reclaim the right to freedom of expression in the country. Partnering with activists and popular voices, it will be live across media and social media. A gallery of items that have been censored and banned in Malaysia  over the years will remind people in Malaysia of the long history of censorship and how repressive  laws have been used to curtail the right to freedom of expression and to control popular culture, for  example:

“From the music we listen to, films we watch, books we read, to the content we produce online, the campaign Unsilenced will highlight how far the authorities have gone to control the opinions and ideas that people are allowed to seek and share in Malaysia,” said Katrina Jorene Maliamauv.

The organisation is also partnering with popular voices to create awareness about the insidious ways in which laws are being used to unduly restrict the right to freedom of expression for Malaysians.

As the crackdown on freedom of expression increases, there has been no progress to repeal the laws that are being used to arbitrarily restrict this right.

On the contrary, with their wide powers and arbitrary nature, the Sedition Act, Section 233 of the  CMA and different provisions of the Penal Code have been intentionally used to limit and censor criticism of those in power. The laws fail to comply with international human rights law and standards, and violate the rights to freedom of expression and peaceful assembly, which are enshrined in Article 19 and 21 of the Universal Declaration of Human Rights (UDHR), and also guaranteed in the Federal Constitution.

Amnesty International Malaysia is urging the authorities to ensure the Sedition Act is abolished and that similar laws infringing on the right to freedom of expression, including Section 233 of the CMA,  and different provisions of the Penal Code as well as the Printing Presses and Publications Act (PPPA)  and Film Censorship Act are repealed or substantially amended. The organization is also calling on the government to ratify the International Covenant on Civil and Political Rights and other human rights instruments, in order to bring Malaysia closer to complying with international standards.

“Throughout our country’s history, those in power have too often sought to harass and intimidate human rights defenders, to squash dissent, to stifle critical thought, to strangle the media and to keep Malaysians under a climate of fear,” said Katrina Jorene Maliamauv.

“All individuals in Malaysia deserve to live out our right to think, feel, create, share, seek and express ourselves freely. We have repeatedly stood up against oppression and found ways to express  ourselves; we must keep claiming our right to be unsilenced.”

Visit unsilenced.amnesty.my to be Unsilenced. 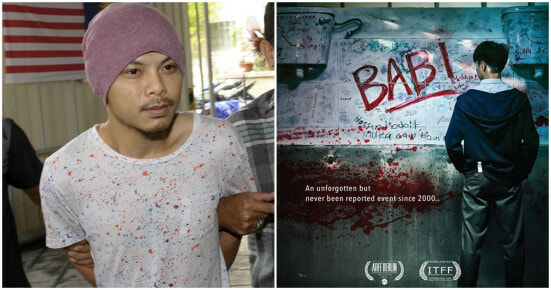