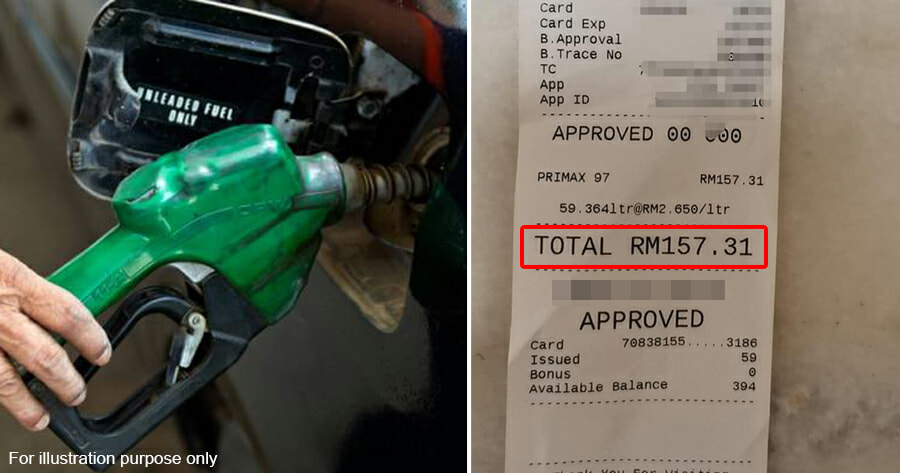 One of the worst things that can happen while filling your vehicle with petrol is when the petrol pump malfunctions and you’re left with an uncontrollable gush of gasoline.

This was exactly what happened to Jia Jie, a man from Johor Bahru who took to Facebook to share his experience at the petrol station on 16 June.

In his Facebook post, he said that it was a windy and beautiful morning when he was about to go out. As soon as he got into the car, he realised that his car was out of petrol and drove to a petrol station near his home. 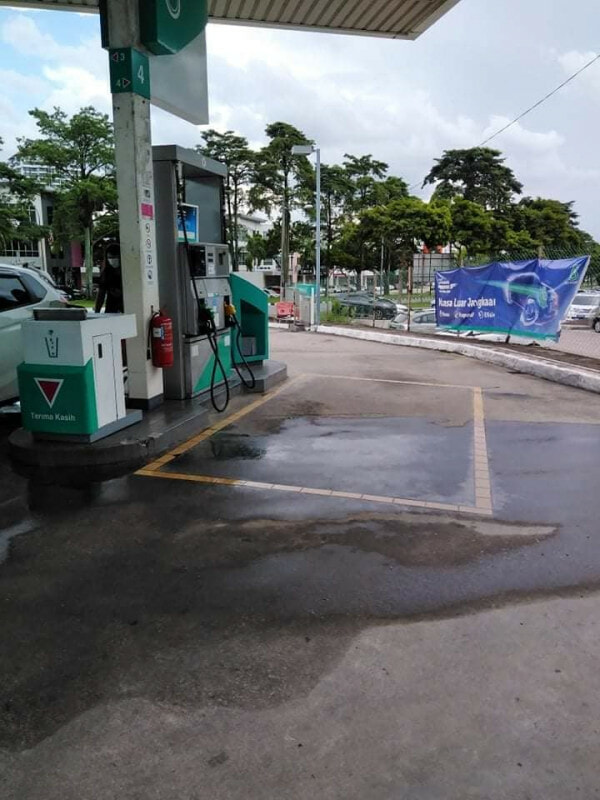 The ground became wet with all the petrol that was spilt

“After I parked the car, I swiped my card to pump petrol. When I was standing next to my car and waiting for the car to fill up, I thought to myself, ‘Why is it taking so long today? Why is it not stopping automatically?'” he wrote.

All of a sudden, Jia Jie said a red light started flashing in his eyes and he immediately knew that his petrol tank was full. However, the pump kept on gushing out petrol.

He added that he rushed to the counter to ask for help to stop the pump, and about five minutes later, the person in charge came to check on the pump. But at that time, the pump had already stopped gushing petrol.

“Actually, the pump would stop by itself when the tank is full, but maybe I was the chosen unfortunate guy,” Jia Jie said.

“Moral of the story, next time when you pump petrol, remember to pay attention to your pump, otherwise you will encounter the same situation as me.”

“Usually it only costs about RM70+ to fill up petrol. This time, it was double the price,” he said.

“Fortunately, no one was smoking when the petrol leaked out. Otherwise, you might not see me.”

Thankfully, nothing bad happened to Jia Jie when all that petrol spilt out. Always make sure to keep an eye on your petrol pump so that incidents like this can be avoided!

Also read: Video Shows Woman Holding Nozzle Gushing With Petrol, But Here’s What You Can Do When This Happens 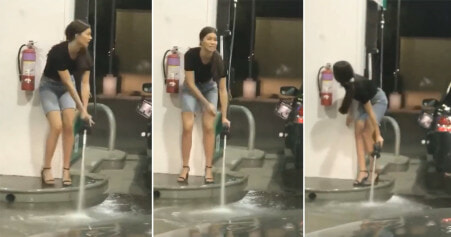