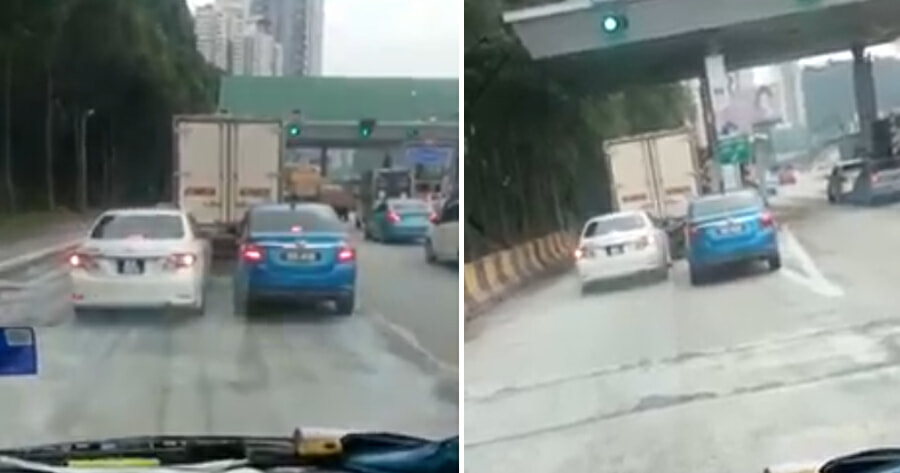 Waiting in traffic is one of the most frustrating things about driving in Malaysia, which is why you will find many drivers who will do all sorts of things to get ahead of other drivers.

Apparently, this includes fighting over who enters the toll lane first.

Two drivers were caught on video trying to get ahead of each other while waiting in line at a toll lane.

In the video posted on Info Roadblock JPJ/POLIS, both the white Corolla Altis and the blue Bezza refuse to budge as they slowly inch their way closer to the toll booth.

The person recording the video can be heard laughing and saying in Malay, “Let’s see who is going to win!”.

As the two cars are about to reach the toll booth, neither of them seem to be giving way until the very last second when the white car manages to get slightly ahead of the blue car.

The driver of the white car even puts his hand out of the window as if trying to hit the blue car. One of them can be heard honking.

The white car emerges as the ‘winner’ while the blue car admits defeat and gets in line.

It is not clear how the situation happened or who reached the toll lane first, but it seems like their ‘stubbornness’ got the best of them.

Netizens were quick to react to the video with many saying they cannot tolerate such behaviour on the road while others said that they would have just given way.

“We are all humans. Why such intolerant behaviour? If it were me, I would have just given way to the other driver. Simple and happy. Nothing to lose,” one netizen said.

Others admitted they have been in the same situation before and would not budge when another car tried to cut in front of them without signaling.

Meanwhile, some netizens were more amused by the guy who was narrating the situation.

What would you have done in this situation? Let us know in the comments below! 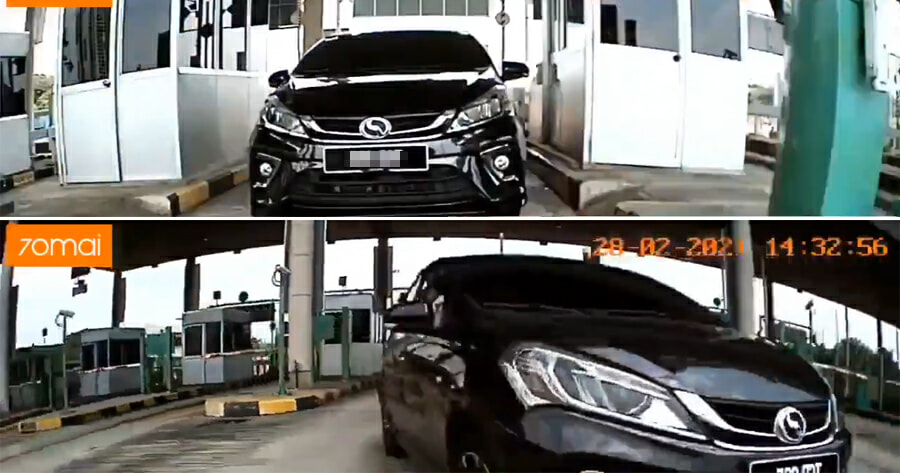