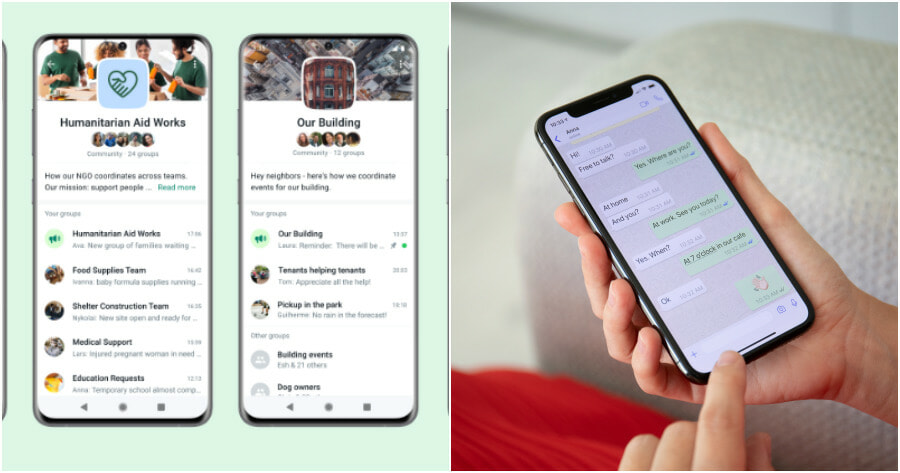 One of the biggest features that WhatsApp users have been calling for the platform to introduce is the ability to organise group chats.

From today, it was just announced that WhatsApp users in Malaysia will be able to access the Communities feature which will bring separate WhatsApp Groups under one umbrella for seamless information sharing or organisation.

Malaysian users have early access to the feature, which will progressively become accessible to everyone. 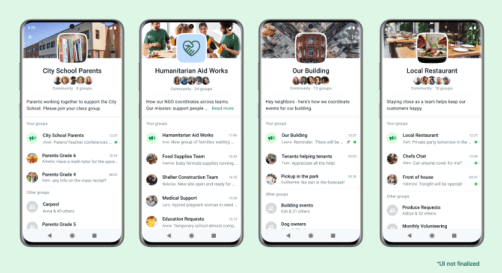 The Communities feature will also gives admins tools so they can control group inclusions in a Community and start smaller discussion groups.

With this feature, admins can send announcements to everyone via a Group announcement, send an invite link or remove members too.

Back in April, Meta boss Mark Zuckerberg said that the change was an “important evolution” for WhatsApp.

“We built WhatsApp Communities to make it much easier to organise all your group chats and find information. You’ll be able to bring different groups together into one community.”

“We’re going to start rolling this out slowly, but I expect this to be an important evolution for WhatsApp and online communication overall,” he added. 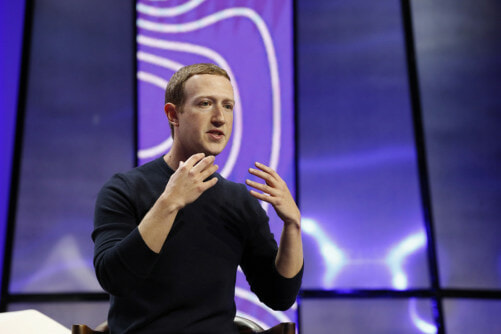 A similar Community feature will also be introduced on Facebook, Messenger and Instagram in the future, Zuckerberg explained.

Along with the Communities feature, WhatsApp has also revealed a number of other group chat enhancements, such as the ability to use emoji reactions in response to specific messages, an increase in file sharing sizes that can now accommodate up to 2GB of content, and voice calls that can accommodate up to 32 users. 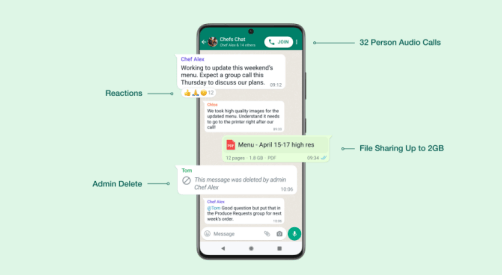 What do you think of WhatsApp’s latest features? 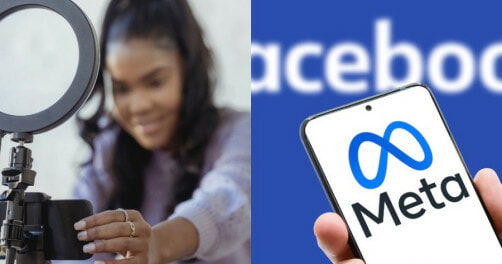