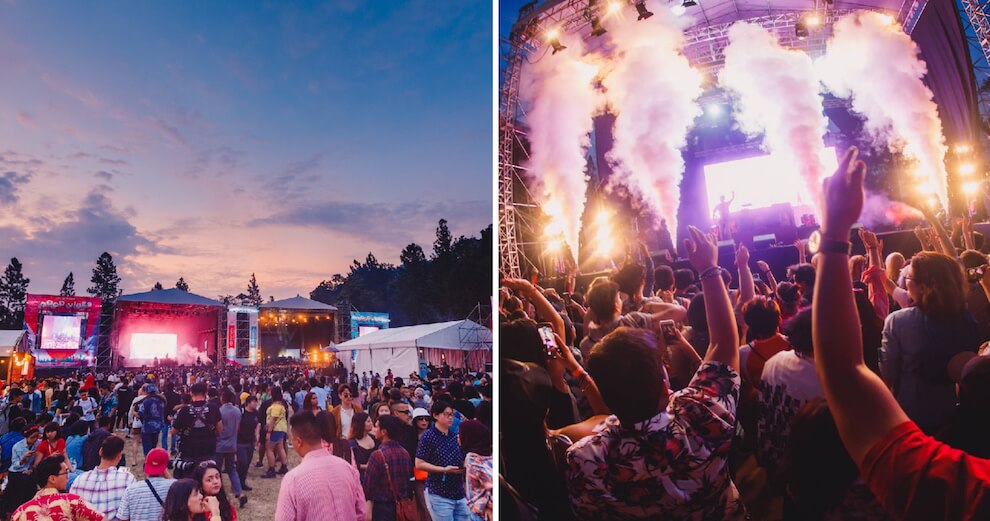 Festival season is officially upon us and Good Vibes Festival (GVF) is back, bigger and better than ever this year!

In the build-up to GVF 2019, WORLD OF BUZZ recently sat down with Future Sound Asia’s Content and Marketing head, Wan Alman, who is one of the festival’s organisers and is mainly in charge of artists and programming, but also oversees marketing, communications, and partnerships.

We spoke with Alman to find out what goes on behind the scenes of GVF, the festival’s growth, and what we can expect this year. Check out what he had to say!

When asked about what inspired the festival, Alman took us back to 2013, when electronic dance music (EDM) was in peak popularity, and there were not many events that catered to genres featuring live music.

“During that time in Malaysia, there were mostly EDM festivals and there weren’t many festivals featuring live bands, so we saw a niche there and wanted to fill that void. So, we started Good Vibes!” said Alman.

The move to Genting Highlands

During GVF’s conception in 2013, the festival was initially just a one-day event held at the Sepang Go-Kart Circuit. However, in 2016, the organisers made the big decision to expand the festival into a 2-day event set in the lush greenery of The Ranch at Gohtong Jaya, Genting Highlands. Alman explained the rationale behind this major decision, saying,

“For 2013 and 2014, GVF was only a one-day festival, and we only had four international acts and a few regional acts. Honestly, we didn’t hit our capacity and ticket sale targets. We took a break in 2015 because the economy wasn’t doing so well but started again in 2016.”

“That year, we decided to move to Gohtong Jaya because it was a really nice venue. We wanted to change things up to find out what wasn’t working and try something new.”

Take that in, this is as real as Malaysia gets! #toyotagvf2018 📷@allisamazing

“We tried that and to be honest, we didn’t hit our ticket sale target during the first year, but we had really good reviews and people loved that it was a 2-day festival. In 2016, we nearly pulled the plug because we didn’t hit our targets, but we did really well and thought the following year would be better, and surely enough, we sold out the festival the next year.”

GVF has seen exponential growth with each passing year. In 2018, the festival reportedly accommodated more than 15,000 fans from all over the world. So, where do organisers even begin when planning such a huge event?

“We’re in a constant state of planning for the next festival. Even now, we’re planning for GVF 2020. We decide who to book first because we want to look out for trending artists who people want to see, and we’re constantly thinking of ways to improve the festival. That’s a constant,” Alman explained.

had to squeeze and contort for this. but it was worth it. #goodvibesfestival was my first music festival, and the second time i experienced this surge of euphoria just because i was surrounded by people who were similarly enraptured by a performance. it’s a high that i long for now. #gvf2018 #goodvibes #weekend #genting #weekendvibes #music #festival #lorde #stage #performance #epic #lifestyle #culture #wanderlust #photooftheday #picoftheday #potd #throwback #hype #excited #vsco #vscocam #vscocollective #wethecreators #lightroom

“But when we start getting down to the nitty-gritty like ticket sales and marketing, it usually happens about 10 months before the festival — almost immediately after the end of the previous year’s festival.”

“There is quite a lot to explain in terms of planning a festival of this size, but I think the most important things to consider are knowing which acts you want and being sure to book them way in advance, and you need your venue secured. We have a partnership with Genting so we have the venue settled. Then once those are all secured, we start executing our marketing plan.”

“The week before the festival, we’re already up in Genting supervising the set-up of the festival and making sure everything runs smoothly. It’s mostly touching up everything that’s being set up for the festival. And if tickets haven’t been sold out yet, we’ll push for ticket sales during that time as well.”

As for how they go about selecting a lineup for the festival, Alman explained,

“For international artists, we usually look at who is current and trending as well as who is touring because we’re all the way in Malaysia and most of them are from the US and UK. For them to travel, it would cost them a lot and if they’re not touring it’s even harder to get them to come here for just one or two shows.” 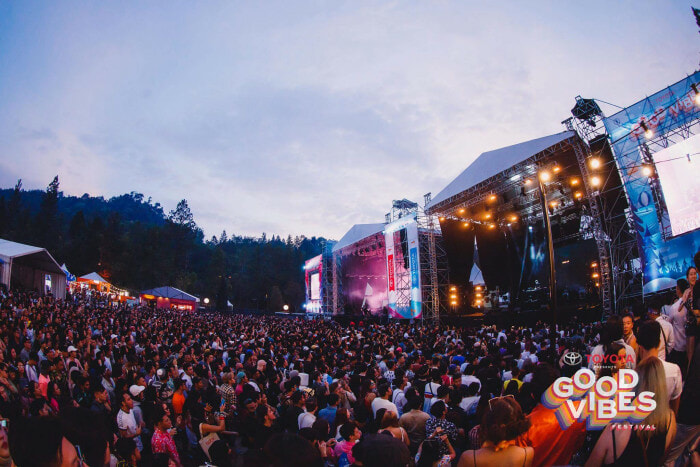 “So, we work closely with We The Fest in Jakarta to book acts. That’s why our line-ups are very similar and it’s for the artists’ benefit because we can offer more dates and allow them to build a whole tour around that.”

“Obviously, there are always artists we target that we really, really want and even if they’re not on tour, we have to pay more to make it an offer that’s really worth their trip here.”

“We also try to book acts that we feel deserve a bigger platform and this especially applies to local acts as well, so if we see local acts who we think deserve to be heard, we offer them a slot to play here.”

“Obviously, I have my own taste and have bands that I like, but I can’t just book bands that I’m interested in. There has to be a balance of what we like and what the audience wants to see. But sometimes, I can manage to sneak one or two acts that I like into the festival!”

The challenges of organising a festival

Of course, like any big project, GVF’s organisers face their own set of challenges.

“GVF happens in July during the summer, when loads of other competing music festivals are going on internationally in Europe, the US, and the UK. These are bigger festivals with way bigger budgets,” Alman added.

“So, when we are offering an artist a certain amount of money, and other festivals are offering more, it makes ours quite an expensive festival to run. But all things considered, we still try to make our tickets as affordable as possible, and tickets for GVF are one of the cheapest festival tickets in the region.”

“We try to keep these tickets as affordable as possible but it’s becoming increasingly hard to balance that while getting the best acts. Everyone wants the best acts, but they also need to realise that the best acts cost the most money. So, I would say it’s a challenge keeping that up.”

While there are always challenges ahead, GVF’s organisers still pull through to make unforgettable festivals every year, and this year will certainly be no different.

“This year is quite significant because we’re expanding the festival. Basically, the festival grounds will be expanded,” said Alman.

“There’s a smaller field next to the original field where GVF is usually held at The Ranch, and that is where the new Electric Fields stage will be this year.”

“Last year, Electric Fields was in a small tent on the grounds, but this year it will be a full-on tent with international artists performing. So, the festival’s capacity has expanded as well.” 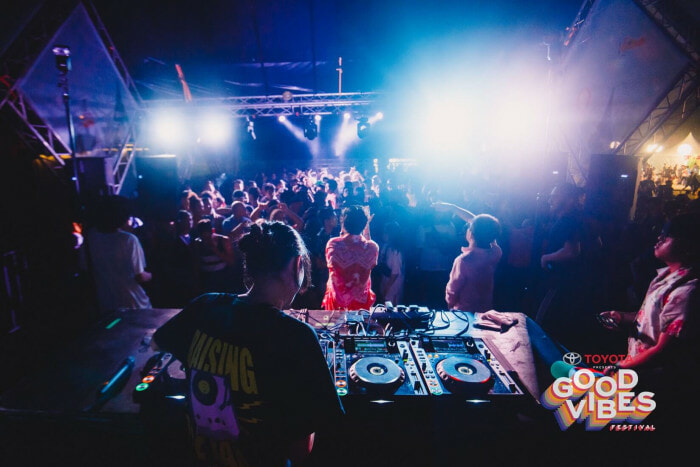 “We’re also looking at some art installations. We explored that briefly in the first GVF back in 2013, but this year, since we were doing quite well, we decided to commission local artists to set up art installations at the festival grounds.”

“Our food area is also expanding, we will also be having new vendors like MyBurgerLab, so that should be interesting.”

With the festival growing more in terms of capacity and popularity, we asked Alman where he sees GVF headed in the next decade. He said,

“Hopefully, we continue to grow. This year we’ve seen very encouraging growth. I hope we grow even bigger, perhaps have more stages. We are also considering expanding into a 3-day festival in the future.”

“We also hope to do GVF in neighbouring countries like Thailand and Singapore, so that’s in the pipeline.”

Well, it looks like we can expect some big things this year and for the years to come!

Good Vibes Festival 2019 is happening this 20th to 21st July at The Ranch in Gohtong Jaya, Genting Highlands. Be sure to get your tickets here before they’re completely sold out. Trust us, this is a lineup you do not wanna miss! 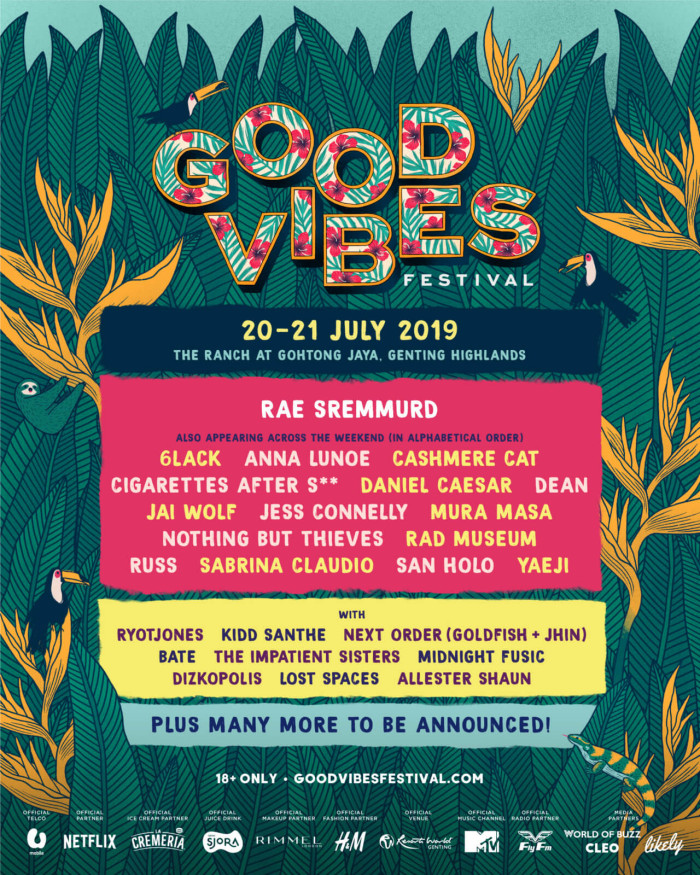 Also read: This Local Alt-Rock Band Performed Alongside Many International Acts & is Taking The World by Storm! 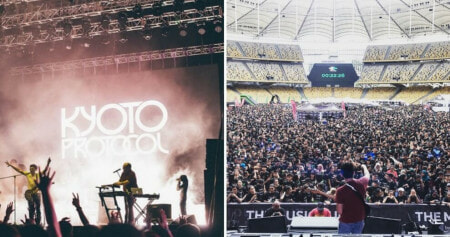