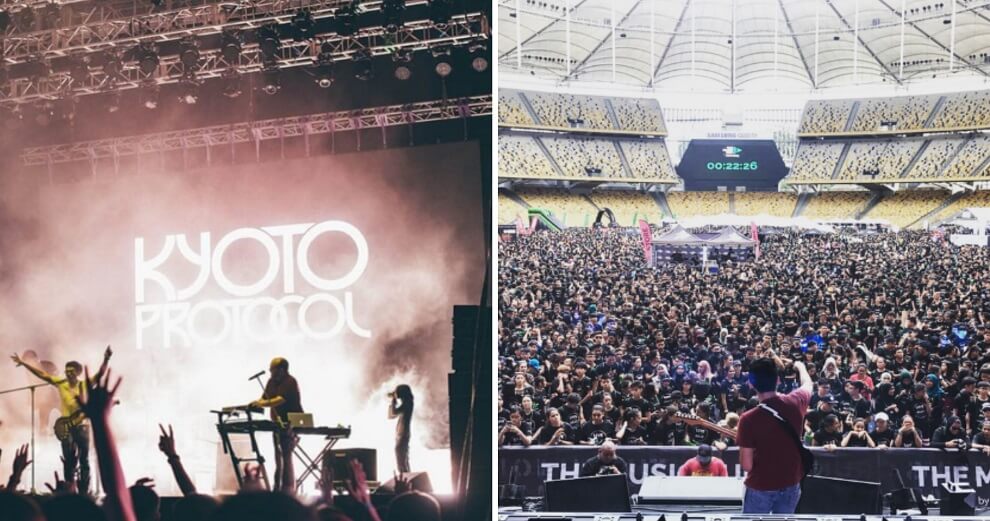 Who says rock is dead?

The music industry in Malaysia is more diverse than one would think. While hip-hop and pop are gaining a lot of traction in the local scene, our homegrown bands are also breaking ground with their ambitious tracks. 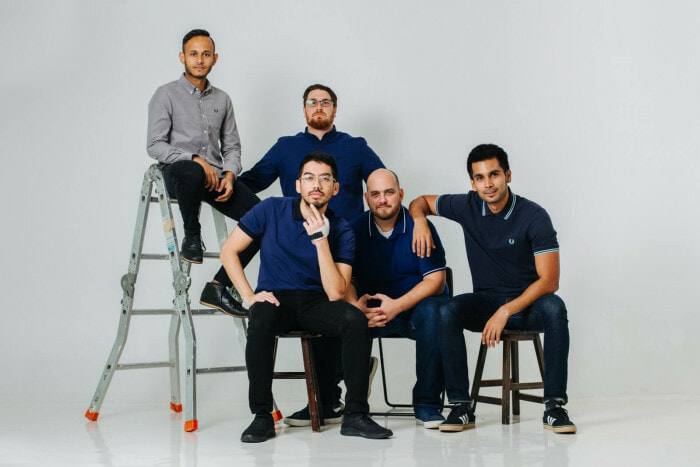 On top of opening for huge international acts like MGMT, We The Kings, and The Killers, they’ve also shared the stage with big names in the industry at international festivals like Future Music Festival, Good Vibes Festival, and Rockaway, just to name a few.

WORLD OF BUZZ recently sat down with the band’s frontman, Fuad, to talk about Kyoto Protocol’s beginnings, the challenges they faced along the way, their brand new album, and where they’re headed in the future. Check out what he had to say!

Fuad: “I’ve been friends with Shakeil since we were about 14 or 15. Back then, around the year 2000, we were starting to get interested in playing music as a band. It was nothing too serious, though.”

“Then, I began going off to university later on but whenever I came back for the holidays, we would play together and do small gigs in places like pubs. We formalised things when I came back for good in 2009 and that’s when we called ourselves Kyoto Protocol. Gael, our keyboardist also joined us during this time.” 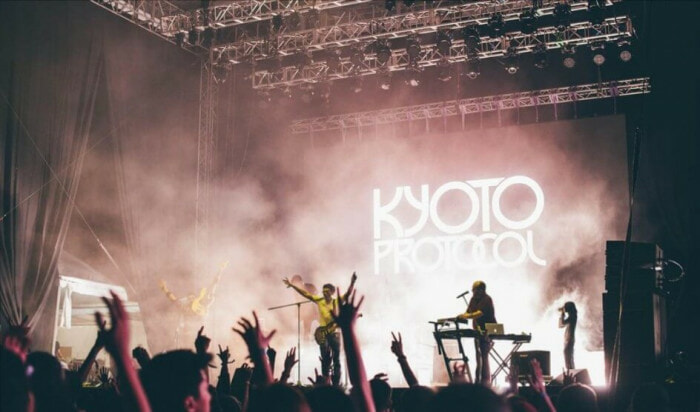 “We took part in a Yamaha competition and that was when we first called ourselves Kyoto Protocol. The name came from a former band member, actually. He basically gave us a choice between “Kyoto Protocol” and “Geneva Convention”. So, we ended up voting between the two and Kyoto Protocol won in the end!”

Done with our 4th #KPinJP tour, but there's no place like home. Stay tuned for some incredible news as we are on the cusp on announcing something big 🇲🇾 . 📸 @yungmeraki – this excellent picture was taken at our last Malaysian show: #MerdekaBaru gig organised by @spookywetdreams, playing alongside @oagofficial #Couple (@encikaidil + gang) @orkesahizadin @sabunband & @senja.je

Describe your music in 3 words.

Fuad: “Earnest, impulsive, and ever-changing. That’s just the kind of music we want to make. We don’t want to be pigeon-holed. It’s really about making something that’s exciting for us.”

What’s the hardest thing about being in a band?

Fuad: “Just being able to survive, and that’s true for any band, really. I think everyone has a side gig. People think it’s tough in Malaysia, but it’s actually tough for everyone everywhere.”

“Another issue is that sometimes, you catch a break, but the thing that helps you catch a break can also be the thing that can potentially kill you. For example, on the internet, people could discover you but are they likely to discover you? People can easily listen to Ariana Grande or Radiohead but you need to find your voice or airtime, and the more everyone’s plugged into what’s hip and what’s not, how do you stand out or find an audience? I think that’s a struggle for all artists.” 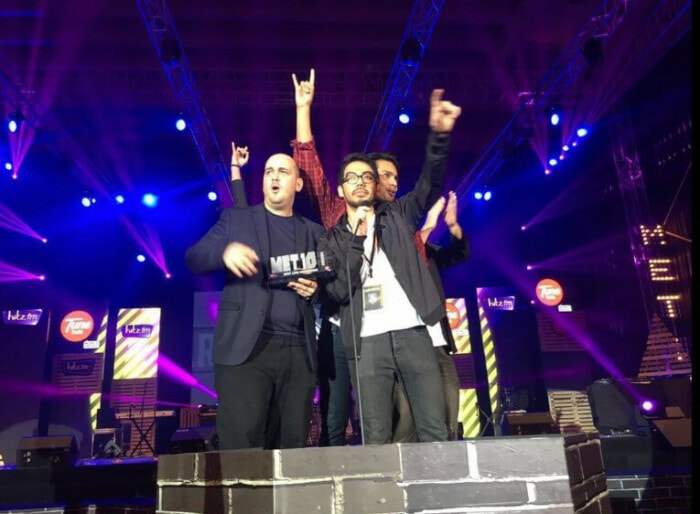 On top of doing music, all of them also work full-time jobs. While it can be seen as a tough balancing act to most of us, Fuad expressed that it was more common than people would think!

You also have a day job, what about your bandmates? How do you all manage your time between working full-time and doing music?

Fuad: “Yeah, we all have day jobs. It’s definitely a growing process and a learning curve even from the get-go. When we started our band we also started out in our careers.”

“People look at us and ask us, “Wow, you guys have day jobs. How do you manage it?” But actually, a lot of people do it. For example, there’s this band called The Pains of Being Pure at Heart. One of the girls who plays in this band is actually an editor at BuzzFeed! So, I think everyone has a side gig.”

“So, at that point, you have that ability to try things out and are allowed to make mistakes and we’re better at it now 10 years later. So, it’s about finding the most efficient way to do things and experience helps. As well as Google Calendar! [laughs]”

Miri, thanks for an awesome time. We hope to see you guys again. Kudos to @rocktoberfestborneo for organizing such a brilliant festival! . #rtbf17 #kyotoprotocol #rocktoberfest

Kyoto Protocol is also no stranger to touring and opening & performing alongside huge international acts. How did this impact your career?

Fuad: “It definitely helped getting that kind of exposure and the first time you play in a crowd of more than 1,000 people, it’s daunting but you’ve just got to keep in mind that you want to get your music out there, do the best job that you can in entertaining people and if they love it, that’s great. We’ve definitely been quite blessed with these opportunities and it helped really get us out there.”

Their latest album, “The Pen is Mightier” (TPIM), a reference to the famous saying, “the pen is mightier than the sword”, is appropriately named as it’s a great display of the band’s lyrical and musical growth.

Featuring tracks that deviate from the typical themes of romance and relationships, Kyoto Protocol is definitely stepping into new territory with their sound while still staying true to their roots. Fuad explains the band’s experience making this record, the inspiration behind some of the tracks, as well as what their fans thought of it.

Tell us about your latest album, “The Pen is Mightier”, what is it about and what was your entire creative process behind this album like?

Fuad: “I personally like the ground that we’ve broken with this album. Lyrically, it’s something I’m more proud of and it’s nice to break new territory in terms of songwriting. Plus, it’s great that people love it so it’s a win-win all around!”

“As for our creative process, I feel like that’s a misnomer because any way our inspiration comes, we just go with it. So it’s not really a process, it’s more like “anything goes”.”

“For our inspiration, there’s so much inspiration in life itself. Life is an infinite source of stories and emotions.” 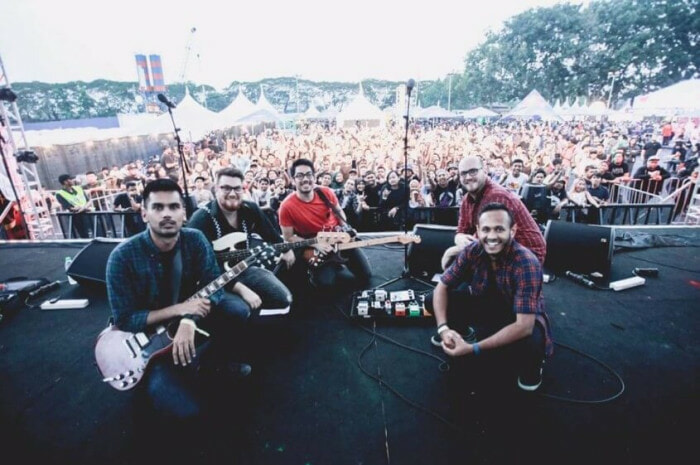 “For one of our tracks on TPIM, ‘Universal Rhyme‘, it’s about everything on this planet being interlinked and the sad part is this planet is going to die at some point (be it in the near or distant future) and Earth may not be so hospitable for us which is why this song tells us to fly away and find a new home. I see it as quite hopeful, actually!”

“We also experimented a little more with psychedelia like with ‘The End’ and ‘Nasty Fall’. We’ve always been influenced by disco and some people don’t really see that. We love disco music. In fact, on ‘Universal Rhyme’, towards the end, the beat that we have is technically like an ABBA-type beat!”

How has the general response to your music been like over the years and how has the reception towards TPIM been like?

Fuad: “In general, it’s beyond what we’ve expected. Big thanks to M Talent who helped us propel that further than how we did in the past. We paid more attention to working with people like Spotify. ‘Delta Wing’ has more plays in a year than ‘Pussycat’ did in 5 or 7 years. This used to be our biggest song. It’s good to see our album being so well-received and it really culminated in the end.”

“Our final track, ‘The End’, even got picked up on Spotify playlists as far as places like Taiwan, Philippines, Vietnam etc. We even had our highest position in the Spotify charts at 31st in Malaysia. So, it’s really good for us!”

“We’ve definitely had a lot more regional plays and that’s giving us a bit of encouragement for our plans this year and to tap some of these regional markets.” 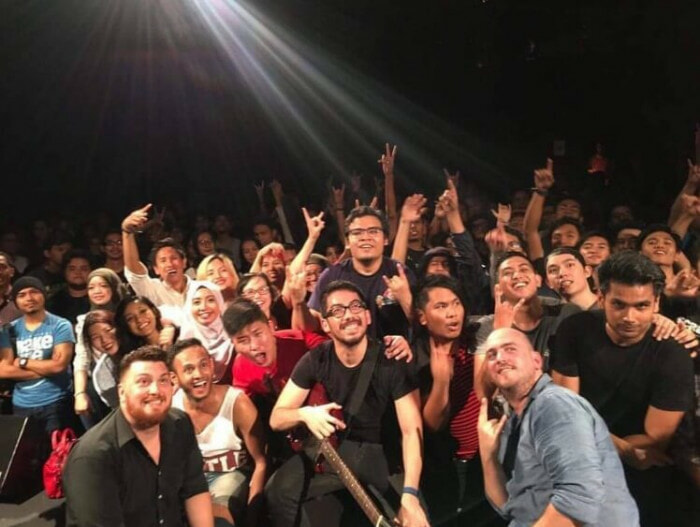 With the success of their latest album and the conclusion of a nationwide tour, we asked Fuad what other exciting things Kyoto Protocol have in store and where they see themselves in the future.

What else does Kyoto Protocol have in the works?

Fuad: “We just concluded our Malaysia tour and recorded a lot of footage. Now, we’re trying to make that into a documentary that’s meant to act as a snapshot in time for the music scene as it was in 2018.”

“We have no idea how the market is going to develop from here on and say, 10 years down the road, people might not be into live shows and everyone prefers streaming concerts on phones instead. So, hopefully, this documentary will be there for people to see what it’s like and to give people a look into different, relatively unseen parts of Malaysia. Kind of like a scrapbook. Tentatively, we want to put it out on YouTube, but we’re also approaching some people to see if anyone wants to pick it up.”

We had an amazing time at @themusicrun last Saturday. Just look at ‘em pictures!

Where do you guys see Kyoto Protocol heading in the next five years?

Fuad: “I dream of having a circuit where we can play regularly in different countries every year and if people still look forward to new Kyoto Protocol music in 5 years then I’d be very happy.”

What advice would you give to local up-and-coming musicians who want to pursue music full-time?

Fuad: “You’re not alone. I think that’s the key thing. A lot of things may seem quite daunting but you’d be surprised with what you can get if you ask for help.

“Don’t be discouraged if some people say ‘no’ because a ‘yes’ is just around the corner. It’s not easy but rest assured, it’s not easy anywhere and if you’re going to do it, do it because you love it!”

Kudos to Kyoto Protocol for breaking boundaries and making great local music! Interested to hear their music? Be sure to #SapotLokal and check them out on Spotify!

Also read: This Local Experimental Band is the Future of the Malaysian Music Industry 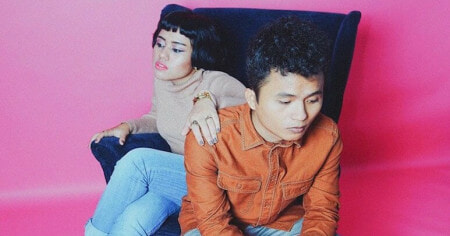