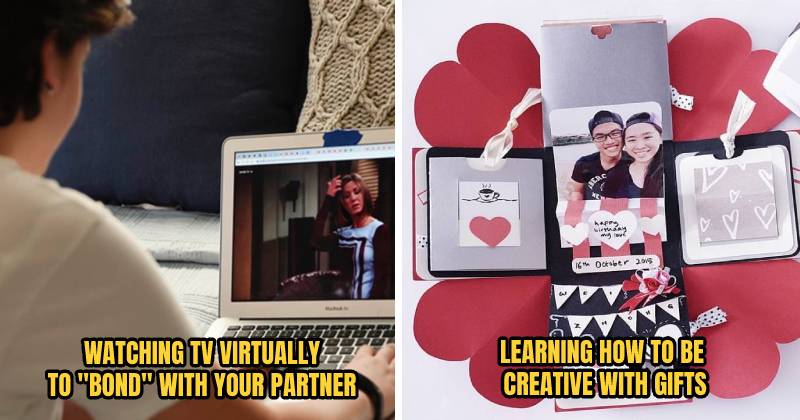 Let’s face it, the global pandemic sucks. It affects literally everyone around us, be it in a big way or a small way. One of the worst parts is not knowing when life will go back to normal and we can put all this behind us.

Things are a lot worse when you’re separated from your significant other because they’re in another city, state or country and you have no means to go see them due to the pandemic. We spoke to a few Malaysians about the struggles they faced being in a long-distance relationship during a pandemic and these are some of the struggles they faced:

1. Having to get used to virtual date nights via food deliveries & video calls 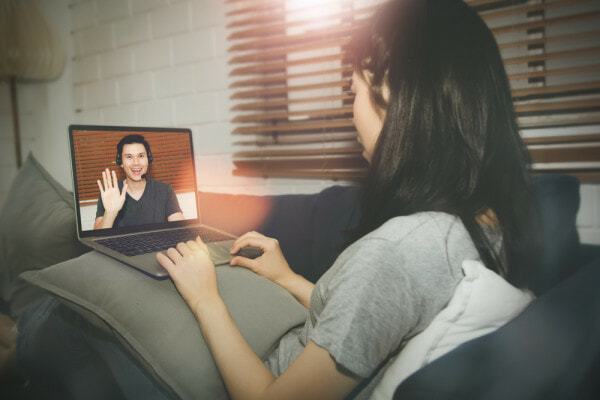 This was, unfortunately, something a lot of couples had to go through in the last year when the nationwide MCO was announced. Video calls were their new best friends along with the abang delivery coming to send them food that their significant other surprised them with. <3

2. Missing out on special occasions like anniversaries, birthdays and more 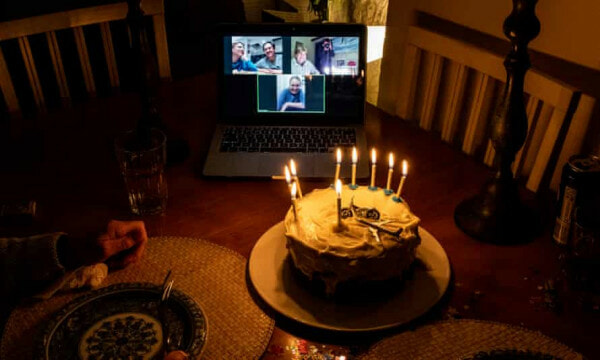 This one’s a real bummer. 😥 Special occasions are, well… special and it’s nice to have your significant other around so you can celebrate together. But since we were in lockdown for most of last year, we just had to accept that virtual celebrations were the best we were gonna get!

3. Not being able to cross districts to see them cos of roadblocks even though they’re just 20 minutes away This has got to be one of the most annoying things that a lot of Malaysian couples had to face back when the MCO was tightly enforced and roadblocks were everywhere! Even though your partner lives only 20 minutes away, you couldn’t go see them because they live in different districts. Let’s hope we won’t have to go through that ever again!

4. When MCO was finally lifted so you could go to your partner’s house but your parents still think it’s not safe It’s been weeks since you last saw them and when the government finally lifts the MCO, you ask your parents if you can go to their place for a few hours and they say NO. Since dine-ins also weren’t allowed yet back then, you had to accept the fact that the video calls just had to continue…

5. Learning how to get extra creative with gifts so it’s more meaningful 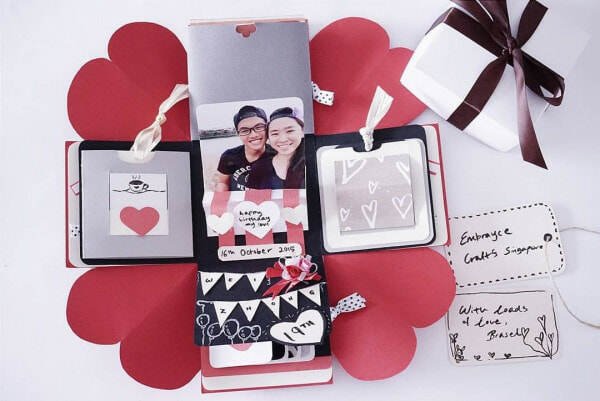 Being apart meant that you had to learn how to get extra creative with your gifts so it holds more meaning to both you and your partner. Some creative gift ideas that we’ve seen so far are framed illustrations of you & your partner, a personalised piece of jewellery or wine glasses with your names printed on them!

6. Clashing schedules mean you won’t get to talk as often as you’d like Being in a long-distance relationship means accepting the fact that you and your partner live separate lives. Even though your schedules may not sync due to time difference, it’s always important to spend at least 10 to 15 minutes a day chatting with them!

7. No movie dates so you “bond” with your partner by watching TV shows together virtually 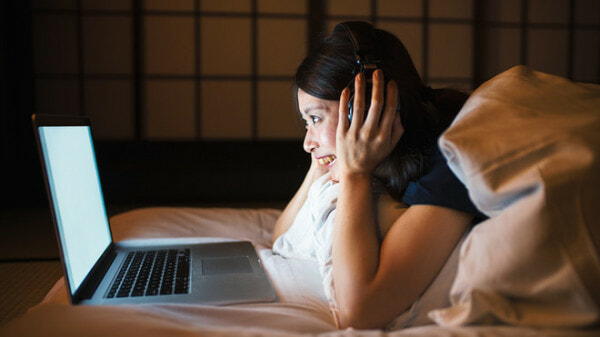 Thanks to technology, doing activities with your long-distance partner has never been easier! One of the most common activities that couples in LDR do is to watch TV shows together and then discuss what happened in the show afterwards.

All you need is a stable WiFi connection and an assortment of shows to pick from and you’re good to go!

If this sounds like something you’d do, you should definitely check out Astro ‘cos they’ve got the best and latest dramas for you to watch! 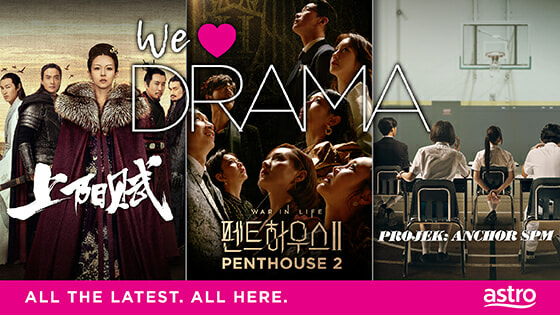 If you’re a K-drama or Malay drama enthusiast, you’ll definitely appreciate this! Here are just a few things you can expect when you subscribe to Astro:

Seriously though, whether you’re into Korean dramas or Malay shows, Astro’s got your back! Let’s have a look at what dramas are available for you to binge on: 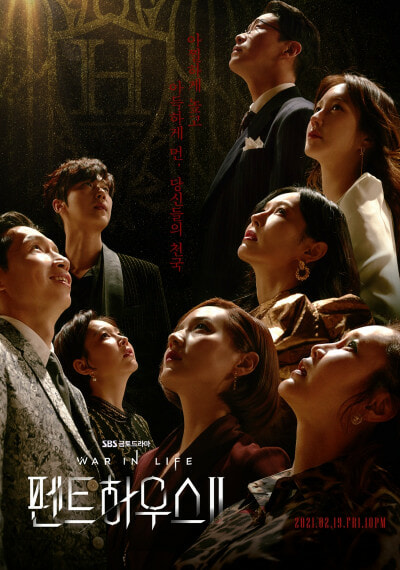 You can enjoy the latest season of Penthouse S2 on Astro. Watch as Cheon-Seo Jin & Joo Dan-Tae prepare for their marriage and merger of companies while their teenage child Joo Seok-Kyung deals with the fate of her mother. Meanwhile, Oh Yoon-Hee takes the first steps in her plan for revenge by turning herself into the police. 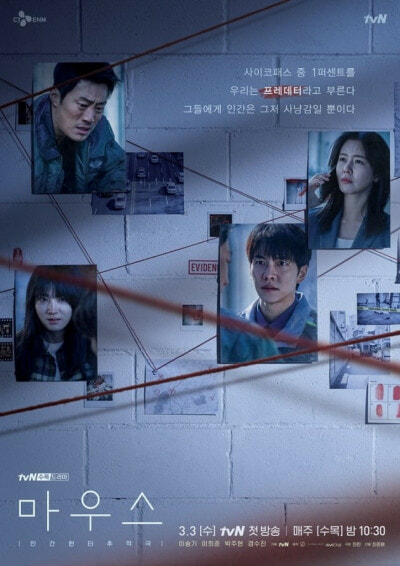 Watch one of the hottest Korean dramas now on Astro! Jung Ba-Reum who is a rookie police officer works at a police substation while trying to maintain his honesty and upkeep justice in the community. However, he faces a psychopath murderer whom the entire nation fears. Jung Ba-Reum’s life then takes a turn during his fight to upkeep justice for the nation. 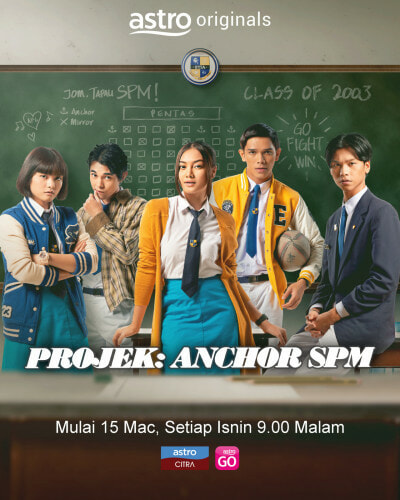 Tune into Astro Originals’ latest series inspired by true stories from the lives of students sitting for their SPM examinations. Featuring a talented cast line-up such as Aedy Ashraf & Daiyan Trisha, Projek: Anchor SPM tells the story of 5 students navigating their way through their last year of high school in preparation for one of the biggest exams they’ll sit for in their lives. 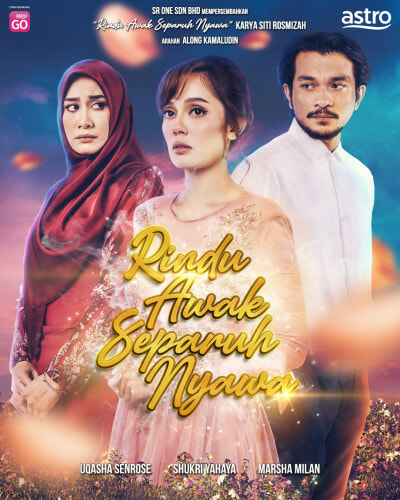 Kasih Maisara holds a grudge against her father, Dato’ Raqib, who had led to the death of her mom. Maisara uses Aidil, a son of her father’s best friend, as a scapegoat in disgracing her father. Maisara pretends that she is in love with Aidil and cancels the engagement ceremony before it took place. She then falls in love with Nazril who then finds out her revenge plan against her father. Maisara tries to soothe his anger while Nurul Huda adds insult to injury. Watch this Gempak Original Series that features an impressive lineup of actors such as Mira Filzah, Norman Hakim and Ezzaty Abdullah. The Maid is about a famous writer, Mr. Jay, who’s grieving the loss of his 4th wife who was murdered. Follow Mr. Jay and Citra, his sister-in-law, on their journey to finding the killer.

Now that you know of all the must-watch dramas available on Astro, are you ready for your TV series marathon with bae? We know we are! 😎