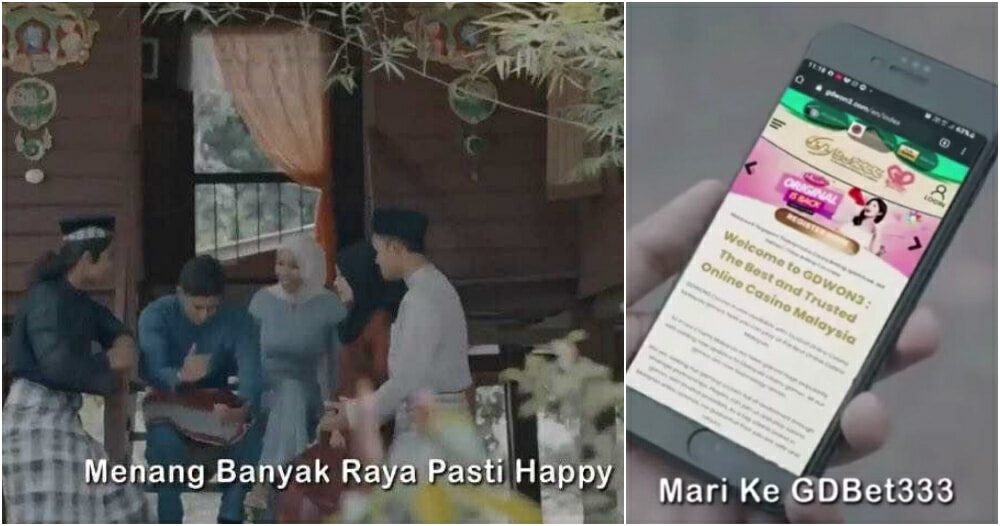 Recently, an advertisement promoting a gambling site went viral on social media. The main reason it went viral was because the ad used Ramadhan and Hari Raya as its main theme.

The video has since been removed from the publisher’s channel. However, netizens have saved the video and it is still circulating all over social media.

The 1-minute 54-second video titled ‘GDBet333 Hari Raya’ appeared to invite people to use GDBet333’s gambling services so that they can win double the money to celebrate the Ramadhan festivities.

The actors and actresses from the controversial advertisement have since been receiving massive backlash from netizens and reached out to WORLD OF BUZZ to give us an exclusive on their side of the story and what truly happened that day.

According to them, they were not informed of the video script beforehand.

“First and foremost, the unfortunate cast of this viral video would like to extend their apologise to everyone affected. We understand the depth of this issue, and we regret not taking action at that moment in time of realisation.

It all started when the MCO was ending, and there were only a few jobs being put out. Many talents were just taking up as many jobs as they could. One of the jobs posted in early February was a “Raya music video” whereby five people were selected.” 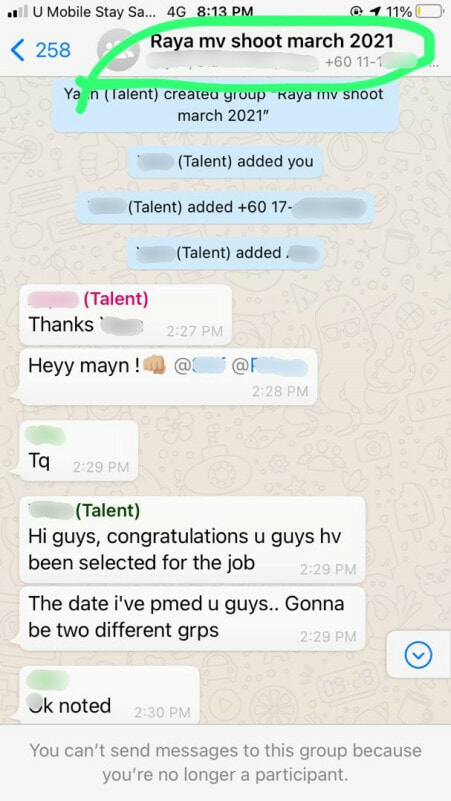 “We were excited because it was February and the lockdown situation had been loosened, and Raya jobs were coming in. So, we took the job- oblivious to the fact that it was a gambling ad,” the group explained.

“Honestly, it did not even cross my mind that once I got selected for that Raya music video and was told that the Baju we were gonna wear is all Baju Kurung – that it would have ANYTHING to do with gambling. How does Raya and gambling even go together? But yes, it was my mistake – I did not double-check the storyboard.

I am aware that many other shoots don’t even give their brand name or storyboard beforehand to their talents because they want it to be a surprise pop up etc. So, I thought that was normal. But, I should have checked anyway. Now I have to live with my mistake and go through it and face the consequences,” said one of the actresses from the video.

“When we arrived at the location it was already after lunchtime on a Saturday – and it was a beautiful kampung house, perfect for a typical Raya music video. The hype was surreal – the production and team was huge but they were so hyped up and when we met each other that day, we were excited, busy being in the moment and making new friends.

We were having so much fun shooting the first two scenes where it had NO SIGNS of gambling at all – we just did typical Raya things. 1 hour later, we had to finish the last two scenes. They took out a white A4 paper, wrote a few lines on it and pasted it up a stick. They told us to quickly memorise it to lip-sync to it.

“The video where we didn’t know that it’s gambling and also to prove that we weren’t informed beforehand to memorize the song lyrics, therefore, they wrote it on top the paper and made us LIP SYNC”

Of course, at the time – in the middle of all the hype, we started realising what the lyrics actually meant. Starting from ‘GDBet 333’ – bet? As in betting? And then the short lyrics made sense. We questioned it immediately – but everyone was acting so professional and in the zone to wrap up – and this is when we made the big mistake of not being daring enough to speak up, and we just continued to finish the rest of the scene quickly.

We were worried and we tried to ask around but it felt so unbelievable at the moment. People were already packing to leave because the sun was setting, so two of us asked the director or whoever that was in charge, where the video would be posted and he disregarded us quickly by simply answering – just an ad on social media,” they added.

A month went by and their worries were dissolved. Unfortunately, they woke up yesterday to viral tweets that were related to the advertisement they were in. It was then when they realised it was uploaded to YouTube.

“We immediately called the production team to take the video down. They did so but it was a little too late as it had already went viral and everyone was reposting the video. It was painful to watch yourself do something stupid in a video. And that there was nothing we could do about it. 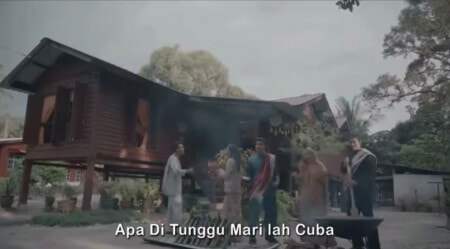 We even nudged the production company to release an official statement to make sure people knew that we had nothing to do with the production – the script and that we weren’t even informed of the script OR the name of the brand beforehand. A day went by and it became more viral.

People were making really ill comments about us and posting our faces. It’s like a living nightmare, whereby people rub your mistake in your face, over and over again. We do hope that freelancers will be more careful next time with the jobs they get, we had to learn it the hard way. A very hard way.

We truly regret not speaking up about it and doing something at that moment. We would not have been here today but we were careless. Once again, we apologise to everyone and emphasise that we do not support this video.

We have already lodged a police report and released official statements. We are very disappointed in the way the production company is handling this right now. They are very slow in replying and are refusing to cooperate with us. We also hope that people stop sharing the video – as it is not a good message and to forgive us for our mistake. We wish everyone a blessed Ramadhan, and may everyone understand our situation.”

WORLD OF BUZZ has reached out to the Director of the gambling site as well as the person in charge of the advertisement for a statement but is still awaiting a response.

What are your thoughts on this story? Let us know in the comment section. 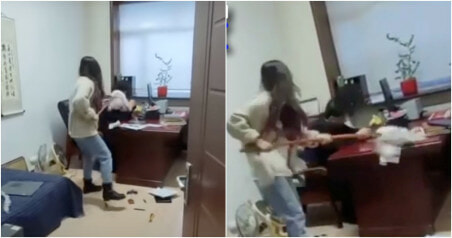