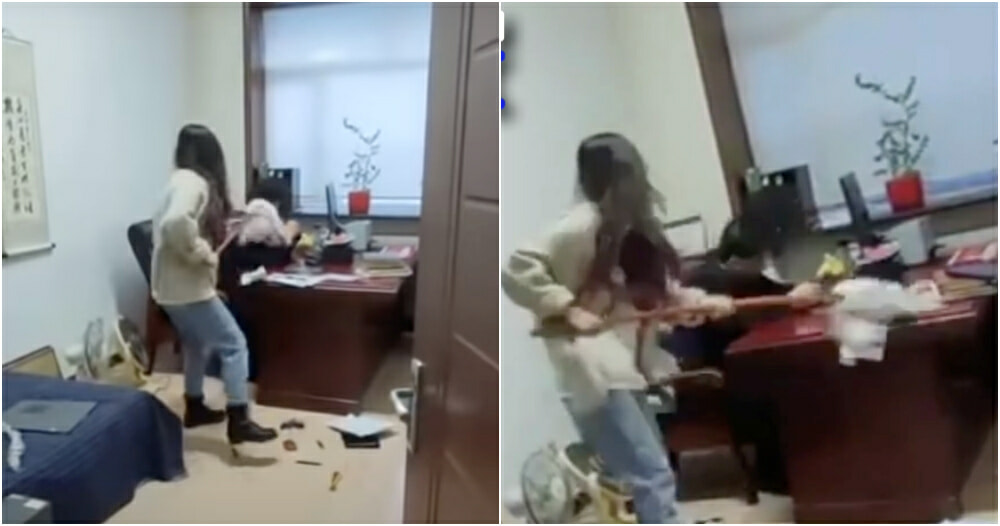 A video of a woman in China beating her boss with a mop has gone viral on social media since 11 April.

According to Xinhua News Agency, the boss, whose name is Wang, is said to be the deputy director of the poverty alleviation office in the Beilin district.

In the 18-minute video, the woman, Zhou, who is the man’s employee and subordinate, can be heard accusing the man of sexually harassing her.

Zhou was seen screaming at Wang for sending sexually harassing text messages to multiple women in the office, including Zhou.

She later retrieves a mop and proceeds to hit him in the face and head area while scolding him the entire time.

In one part of the video, Wang said “I’m in the wrong, it was just a joke, can you let it go?”, while still sitting in his chair and wiping water from his face.

As reported by Xinhua News Agency and South China Morning Post (SCMP), Wang was removed from the office and his party position for violations of discipline.

As for Zhou, she allegedly suffers from mental illnesses and was pardoned from any punishment for hitting Wang with a mop. 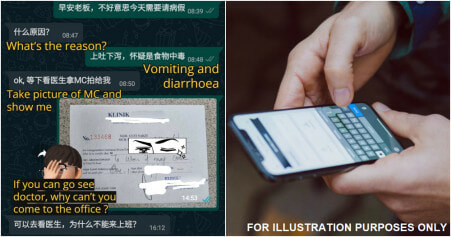